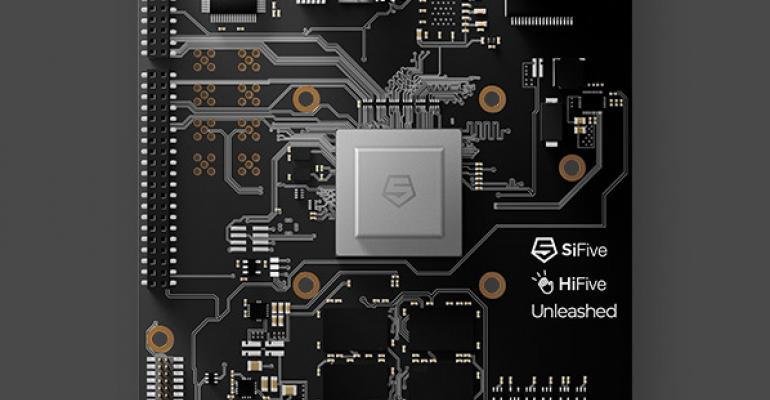 Last year he thought smartphones and servers were five and 10 years away, respectively, but he's had to "pull in his targets."

That's according to Naveed Sherwani, CEO of SiFive, the company founded by three of RISC-V's original developers that's been a primary mover behind the ISA. Its development and market momentum have been picking up so quickly, that Sherwani has had to adjust his projections for when the architecture would hit some big milestones, he told Data Center Knowledge in a recent interview.

In early June, the startup announced a $65.4 million Series D funding round led by existing investors Sutter Hill Ventures, Chengwei Capital, Spark Capital, Osage University Partners, and Huami, a smart-wearables company. Coming onboard as a first-time investor was Qualcomm Ventures, the chip giant's venture capital arm. The round brought total investment in SiFive to date to more than $125 million.

In April 2018, Western Digital became an investor, at the same time announcing plans to use RISC-V silicon exclusively in future products. Memory-chip maker Hynix is also an investor.

Sherwani said investment by silicon vendors wasn't accidental but part of SiFive's game plan. According to him, the chip industry has been responsible for half the money the company has raised since he's come onboard.

"It is important that we show our customers worldwide that some of the top companies, like Qualcomm, are not only putting money into us, but they are also using our technology," he said.

Qualcomm "is going to help us develop the technology in the wireless and mobile areas, which are areas that we are not in right now. That is very significant -- both the investment and also that we will be working with them to develop the mobile and wireless areas."

SiFive produces design templates that can be modified to meet specific product needs and provides hand-holding and expertise to help customers bring their designs to market. It was the first company to produce a chip implementing the open source ISA and is a founding member of the RISC-V Foundation, the architecture's nonprofit booster organization.

On a rapid development path, RISC-V is quickly picking up market share in areas where it already has a toehold, according to Sherwani.

"It's many people's opinion that in a matter of a year or so, RISC-V will be the only architecture in the embedded space," he said. "It is sweeping all the other architectures out. It is very simple, it's easy, it is scalable, and it is open source, so a lot of software development is moving very rapidly in that direction."