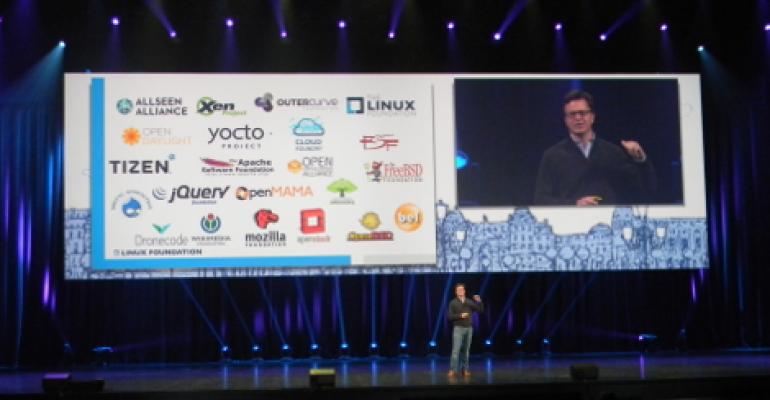 Moving to create a more common base of network virtualization technologies for Linux IT vendors to collaborate on, the Linux Foundation today announced the formation of the IO Visor Project, whose aim is to create a neutral forum for development of an open, programmable data plane for modern networking environments.

Early supporters of the project, announced at the three Linux Foundation conferences taking place this week in Seattle, include Barefoot Networks, Broadcom, Canonical, Cavium, Cisco, Huawei, Intel, PlumGrid, and Suse. The IO Visor Project will initially be based on technology developed by PlumGrid, a provider of virtual networking software for OpenStack clouds.

Jim Zemlin, executive director of the Linux Foundation, said that rather than competing at the lower levels of the networking and virtualization stacks, it makes more financial sense for vendors to collaborate on the development of enabling technologies while continuing to compete at management layers above the data plane.

As the virtualization of compute, storage, and networking continues to grow, fundamental changes to the way IO and networking subsystems are designed is now required, he added. The IO Visor Project will provide the development tools for the creation of high-speed, event-driven functions for distributed network environments.

Specifically, the project is expected to lead to the creation of programmable distributed data and forwarding plane with dynamic IO modules that can be loaded and unloaded in-kernel at runtime without recompilation. In addition, the project is chartered with delivering high-performance distributed scale-out forwarding without having to compromise functionality to achieve it.

The end result is will be an ability to modify a Linux kernel at runtime without rebooting the server or the entire data center. This functionality is not only core to the creation of programmable software-defined networks and Network Function Virtualization software that runs across those networks, but also Internet of Things and cloud applications running across highly distributed networks.

Conspicuously absent from the open source network virtualization project, however, are a host of networking vendors that have already committed to building their own distributed SDN technologies, including VMware, Microsoft, HP, Juniper Networks, Dell, IBM, and just about every major telecommunications carrier.

The degree to which any Linux-centric project can address the inherent cross-platform requirements associated with the development of a programmable data and forward plane remains to be seen. At least theoretically, vendors participating in the project should be able to leverage economies of scale to compete more effectively against rivals that don’t participate, thereby forcing rivals to follow their technology lead.

“Interoperability is going to be a natural here,” said Zemlin. “That’s critical because virtualization is now core to server, storage, and networking.”

At the same time, however, many vendors apparently believe that being able to develop a programmable data and forwarding platform that spans more than just Linux might be one of those areas where they still add considerable value.