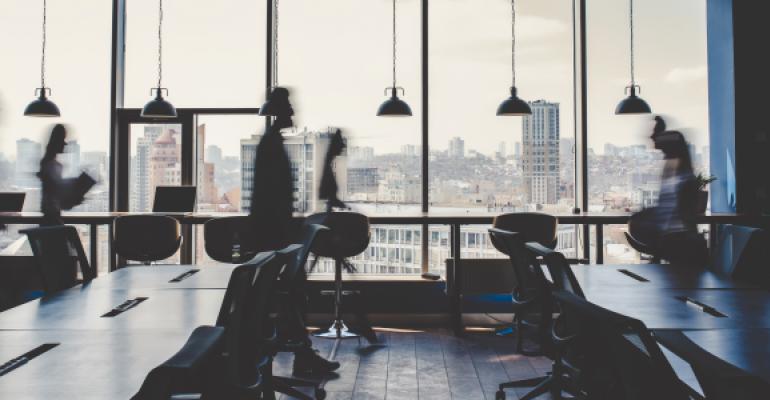 The transparency may be laudable, but Intel’s report finds that within job types — not just at the top — white men dominate the highest salary band.

(Bloomberg) -- It’s not really a surprise that white and Asian men dominate the top pay tiers among Intel’s U.S. workforce. That’s been true in the tech industry for years. What’s unusual is the excruciating level of detail about pay disparity the chipmaker is releasing Tuesday to the public—information it could have kept secret.

In addition to its annual update on the outlook for women and people of color at the company, Intel on Tuesday released the results of a new report it sent to the U.S. Equal Employment Opportunity Commission that gives unprecedented pay, race and gender data for about 51,000 U.S. workers. Intel is the first company to release the otherwise private data.

The results are not flattering. Among 52 top executives at Intel, who all earn more than $208,000—the top pay band the EEOC tracks—29 are white men, 11 are Asian men and 8 are white women. The remaining tally is 1 each for Asian women, black women and black men, with no Hispanic men among executives in that top tier.

The ratio was similarly skewed across manager, professional and technician job classifications, with white and Asian men dominating top pay groups and women and people of color clustered in the lower bands. One in four white men at Intel are in the top salary tier, earning at least $208,000, a higher share than any other group. Rates are far lower for women and underrepresented minorities; less than 10% of black employees are top earners.

“It’s difficult to really fix what you aren’t being transparent about,” said Barbara Whye, Intel’s chief diversity and inclusion officer and a vice president in human resources. The chipmaker is making itself “very vulnerable,” she says, to “do the right things,” and she hopes her peers will follow and share pay information, too. “These are industry-wide problems,” Whye said. “They are going to require industry-wide solutions to resolve them.” So far, no other companies have said they’ll do the same.

Intel joins a small but growing number of companies that have released gender and racial pay data, often under pressure from investors. The transparency may be laudable, but it is often overshadowed by what is revealed. Annual diversity reports from the biggest tech companies from the last half decade have shown scant progress in advancing the numbers of under-represented workers.

Companies that choose to release this kind of information risk backlash. Citigroup this year faced criticism after it voluntarily released median pay data that showed women at the bank earn 29% less than men do.

Intel’s report finds that within job types—not just at the top—white men dominate the highest salary band. Two-thirds of employees fall into a job group called “professionals,” which includes includes non-managerial office workers and programmers. Nearly all earn at least $80,000 per year, but white and Asian men have the highest salaries. Black, Hispanic and other minorities are overrepresented in the bottom half of the pay ranges.

Even if the numbers look bad, companies will ultimately benefit more from leading on disclosure than they would from dragging their heels, said Natasha Lamb, managing partner at Arjuna Capital, which pressures companies to disclose gender pay data. The point is not to beat up on organizations for telling the truth, she said. “It's much more important to have an accurate reflection of reality than to glaze over the simple truth,” she said. “These companies are not as diverse and equal as they could be.”

In 2015, Intel set a goal to have women make up at least 26% of its workforce by 2020. The company met that last year and is working to increase the percentage of women among top executives now to 26%, too, Whye said. Intel says representation among its total U.S. workforce and for technical employees has improved—underrepresented workers make up 15.8% of the company up from 14.6% last year. Women as a percentage of the workforce fell slightly to 26.5% from 26.8%.

Intel announced in January that it had met its goal of equal pay for men and women who do the same work. This EEOC data does not measure that.

Overrepresentation of white men in the highest-paying jobs contributes to the nation’s wage gap: American women earn 20% less than men do, and the gap is even wider for women of color. Intel’s disclosure shows that these disparities can’t be fixed simply by raising the salaries of women and minorities. Whye said the company’s task is to help underrepresented groups get promoted into more lucrative roles and keep them there.

The data provided to the EEOC covered 2017 and 2018 and was collected from nearly all U.S. companies for the first time this fall under an initiative started by President Barack Obama. By law, the forms stay private unless a company makes them public.

This could be the only time the EEOC collects worker pay broken down by race, sex and ethnicity, making Intel’s disclosure a unique window into company compensation, and how it results in wage gaps. The agency has been soliciting the data since July and could continue to do so until January under a federal judge’s order. But the EEOC has said it won’t pursue future collections in this form.

In the U.K. where companies are required to publicly report wage gaps between male and female workers, the disclosures have shown the benefits and limits of transparency, said Harini Iyengar, a lawyer who advocates for equal pay in Britain. “A lot of members of the public who don't pay an interest generally in labor market issues are quite shocked at the scale of the pay disparity,” she said. “So that's been very positive because people are genuinely shocked.”

But so far the nationwide initiative has not resulted in measurable change, she said: “What I'm seeing is collective hand-wringing about, ‘Oh no, this is not good enough. But look everyone else in our industry sectors is in the same boat. So that's all right then.’”