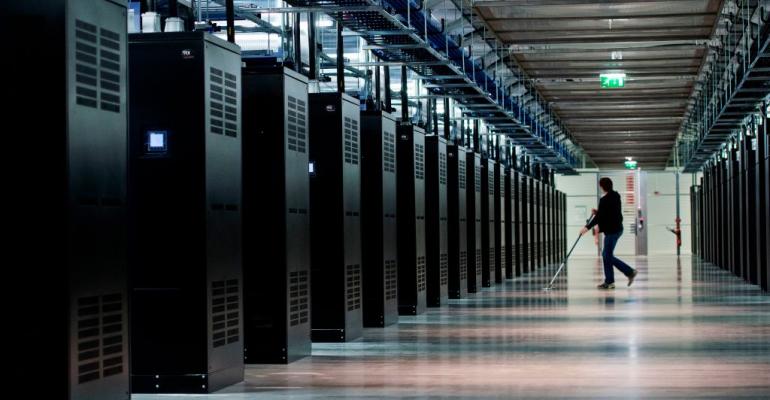 A budding new market is expected to grow quickly thanks to hyperscalers’ open approach to design.

For years, the “vanity free,” uber-efficient hardware used by the world’s largest cloud platforms was hard to source for smaller-scale buyers. And even if they could source it, it didn’t come with the kind of vendor and software support hyperscalers had no use for but smaller operators relied on. Now an option has emerged that fills the gap for many of those smaller operators.

Open Compute Project, the effort to bring the open source software ethos to hardware and data center design started by Facebook, Goldman Sachs, and a few others in 2011, has made it possible for resellers of used IT gear to give hardware from hyperscale data centers a life on the secondary market – not in the form of components, but as full solutions, similar in capabilities to those sold by traditional enterprise IT vendors, but at a much lower total cost of ownership. It's removing a lot of friction in applying circular economy concepts in the data center industry.

One of the biggest principles OCP is organized around is disaggregation. The idea is to avoid building systems where individual components are designed in a proprietary way to work with each other and nothing else. The main benefits of disaggregation are greater configurability, the ability to upgrade each component as becomes needed (or possible), and to have multiple suppliers for each part.

But there’s another benefit that’s emerged. The flexibility afforded by openness of the OCP designs has made it possible for a reseller to tailor and certify a rack of decommissioned hardware rolled out of a Facebook data center for non-hyperscale use cases – minus the traditional vendor markup.

That’s according to Ali Fenn, president of ITRenew, the secondary-market hardware supplier specializing in giving hyperscalers’ used data center equipment a second life in smaller operators’ data centers, putting more hardware into the circular economy. The openness lets ITRenew install firmware, reconfigure racks, certify the gear for specific software, update it, and provide its own warranty and support for it, Fenn told DCK.

“The art that we do is we try to right-fit this proven hyperscale technology into the more common, and forthcoming, global workload models,” she said. The flexibility allowed by OCP makes that a lot easier to do than with proprietary designs by the likes of Hewlett Packard Enterprise or Dell Technologies.

Market analysts at Omdia, who have been quantifying the market for OCP hardware outside of the hyperscale giants that sit on the OCP Foundation board, have identified this “circular IT” concept, a take on the broader circular economy movement, as one of the key growth drivers in that market over the next three years.

ITRenew has been a go-to equipment decommissioning vendor for most hyperscale data center operators for many years, Fenn said. The most common lifespan of a rack of equipment in one of these facilities is three years, she said. Since these companies get the newest technology from vendors much earlier than the broader market, a used part that comes out of a Facebook or a Microsoft data center when they’re done with it has only been available to others for about 18 months, she pointed out.

To date, Fenn said, most of this equipment has been sold for parts, and that’s still how the vast majority of it is handled after it’s decommissioned and wiped, and after all the parts are scanned and entered into a database for chain-of-custody tracing afterward.

ITRenew has been in the business of decommissioning data center gear for about two decades, harvesting components (CPUs and memory are where most of the value is, since most of the storage media gets shredded) and recycling the materials left. Around 2007-2008 the company decided to focus on hyperscalers and their unique decommissioning needs and now serves them as well as other large data center users that manage their infrastructure in similar ways – think Dropbox or Uber.

Today, however, when you only harvest and resell used components, there’s “tremendous financial opportunity that’s being left on the table,” she said. Hyperscalers themselves stand to get as much as 50 percent more money back when their gear is resold as solutions rather than “lesser lifeforms,” according to her.

ITRenew offers a three-year standard warranty for its secondary-market solutions but will sell you a six-year or even a nine-year warranty, Fenn said. "This equipment is designed to run for far longer than three years."

The amount of hardware that comes out of hyperscale data centers annually is easily larger than the volume any major OEM delivers in a year. That means that if this data center circular economy grows as expected, companies like HPE, Dell, or Lenovo are looking at yet another major source of competition emerging.

The incumbent server vendors have mostly ceded the hyperscale market to the Asian design manufacturers hyperscalers source their gear from. Now, that gear may be headed for data centers of tier-two and tier-three cloud providers, as well as telcos, enterprises, and government agencies – markets traditional vendors still own.

ITRenew’s workhorse solution for this market (one that’s generated the most interest) is its rack-scale compute and network platform designed for Kubernetes and traditionally virtualized environments called Sesame, Fenn said. It’s high-performance, high-compute density, with NVMe storage integrated in each node, and certified for VMware.

The company promises substantial total-cost-of-ownership savings over comparable Kubernetes solutions by traditional vendors and over an Amazon Web Services instance with similar specs.

Most of its sales efforts have been focused on smaller-scale service providers – companies that compete with hyperscale clouds by focusing on industry-specific solutions or by providing more services “up the stack” than the hyperscalers do. It’s going after managed service providers as well as colocation providers pushing into the bare metal-as-a-service market, Fenn said. Developing markets in Southeast Asia, Africa, and Latin America -- where cost trumps all else -- are also of interest.

She thinks there’s a lot of private enterprise opportunity as well, she added, but that’s not a space ITRenew has targeted from a sales perspective so far.

While “we are seeing very positive deals developing,” this is a business that’s only coming online, Fenn said. Based on ITRenew’s current sales engagements and pipelines, “it can grow very, very quickly.”