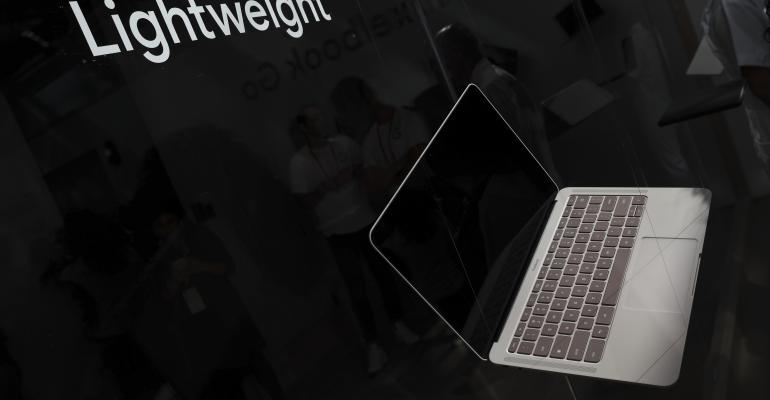 Google Goes Back to Basics With Pixelbook Go Laptop Design

The standard clam-shell design of the new model moves away from the previous foldable, tablet-style Pixelbook.

(Bloomberg) -- Google is going back to basics for its latest laptop: a standard clam-shell design that moves away from the previous foldable, tablet-style Pixelbook.

The Pixelbook Go has a 13-inch screen, the same size as the smaller MacBook Pro and MacBook Air. But unlike Apple Inc.’s models, it has a touchscreen. Alphabet Inc.’s Google abandoned work on tablets earlier this year.

The Google laptop has curved corners, a unique shell that makes it easier to carry, and a standard keyboard. The laptop starts at $649 and comes in multiple configurations with 64 GB to 256 GB of storage, different Intel Corp. processors, and either 8 GB or 16 GB of RAM.

The laptop runs Chrome OS, Google’s web-focused operating system and has controls to easily tap into Google services like its digital voice assistant. The benefit of Chrome OS over Windows and macOS is that it has speedier boot-up times, doesn’t require as much on-board storage, and more quickly installs software and security updates.

Notably, the Pixelbook Go lacks a fingerprint sensor, a feature found on many other laptops. It comes in black or pink and launches alongside Google’s new Pixel phones, Nest Wi-Fi routers, and upgraded Nest Mini internet-connected speaker.