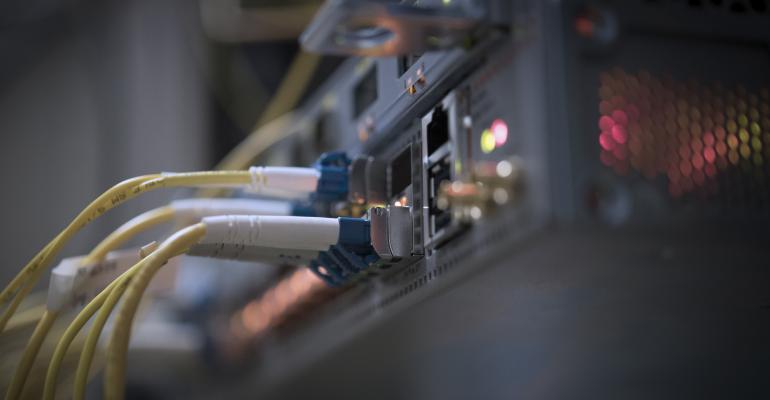 The chip startup’s all-in-one solution said to be one of the early signals of an upcoming wave of composable disaggregated infrastructure.

Fungible has entered the composable disaggregated infrastructure market with an all-in-one data center solution that’s powered by the Silicon Valley startup’s own processors. Its goal is to help organizations build and benefit from hyperscale-like infrastructure within their own data centers.

The system runs on Fungible’s Data Processing Unit (DPU), an accelerator processor that takes on data processing tasks, such as storage, security, and networking, allowing CPUs to focus on application processing. Fungible offers a software suite, gained through its acquisition of Cloudistics in September, that allows data center operators to centrally provision, manage, and orchestrate the infrastructure.

“We deliver bare-metal performance with the cost-efficiency and simplicity of hyperscalers,” she said.

Composable disaggregated infrastructure is the next step in the evolution of converged and hyperconverged systems, said Ashish Nadkarni, a group VP at IDC.

Established players sold converged infrastructure equipment, but Nutanix’s success forced them to eventually adopt HCI. Nadkarni believes the same will happen with composable disaggregated infrastructure and that other vendors will eventually offer it.

VMware has recognized the market opportunity and is pursuing its own composable disaggregated infrastructure strategy through its Project Monterey initiative, he said. VMware has partnered with the chipmakers Pensando Systems, Intel, and Nvidia, as well as hardware makers Dell Technologies, Hewlett-Packard Enterprise, and Lenovo to deliver complete solutions.

Dell and HPE introduced their own composable infrastructure products several years ago. Another competitor is a startup called Liqid. The market for composable disaggregated infrastructure is still emerging, but it is expected to reach $4.7 billion in revenue by 2023, according to IDC.

“Once VMware goes GA (general availability) with this, it will open the flood gates,” Nadkarni says.

Gartner research VP Julia Palmer said Fungible has innovative technology and has the potential to succeed, but it faces challenges because the infrastructure market is crowded.

Fungible must compete against established hardware vendors and the fact that hyperconverged infrastructure and integrated systems are well understood and established. In addition, organizations looking for infrastructure might simply choose to deploy in the cloud, so the public infrastructure-as-a-service cloud providers are also competition, she said.

“Technology-wise, there is a lot of innovation and it’s an interesting value proposition, but it is a difficult market to penetrate,” Palmer said.

However, Fungible can make inroads into the market and succeed, she said.

“Fungible could show better total cost of ownership than both three-tier IT architectures and public cloud IaaS deployments for enterprises that value ease of use and single-vendor support, and those looking for an all-inclusive, plug-and-play high performance platform to lower operational complexity,” Palmer said.

IDC’s Nadkarni agrees. Fungible initially announced the DPU and then purchased Cloudistics for software and introduced a software-defined storage system. Now, they’ve put it all together and developed an all-in-one solution that takes converged and hyperconverged infrastructure to the next level, he said.

“The potential for success is high,” Nadkarni said. “They are taking a full-system approach. You can’t deliver true composability with piece parts. You can’t say, ‘I give you one element and you buy the others elsewhere.’”

The Fungible Data Center is a multi-tenant solution made up of:

Fungible has partnered with Supermicro for the servers and Juniper Networks for the networking equipment that make up the Fungible Data Center, the company said.