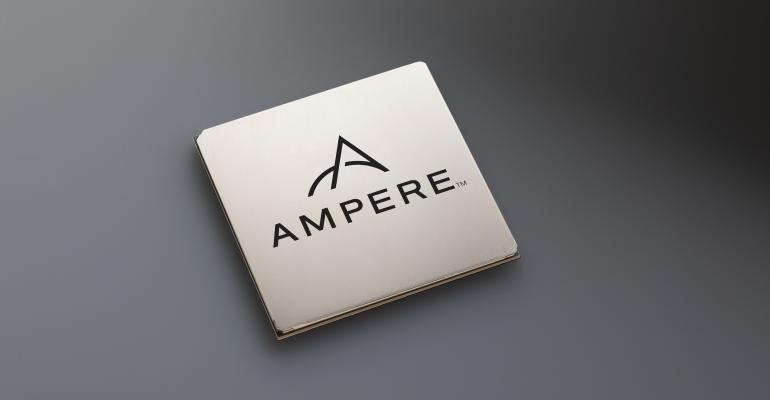 The startup officially unveils Altra, claiming it can compete with Intel and AMD on price, performance, scalability, and efficiency.

Ampere Computing’s next-generation Arm processor designed for cloud and edge data centers has captured the attention of some big cloud providers, including Microsoft Azure and Oracle.

“We built the CPU from the ground up for the cloud,” he said. Drawing contrast between Ampere and its big x86 competitors, he said, “We’re not trying to build a CPU that attempts to fit every single market segment, from HPC to networks to enterprise and cloud, and make compromises.”

The startup, which released its first processor in late 2018, also shared details of its product roadmap, which includes a chip code-named Mystique in 2021, followed by another one named Siryn in 2022.

In a statement, a Microsoft Azure executive said the cloud provider was evaluating Altra in its labs.

An Oracle executive said the company was looking “forward to deploying Ampere Altra in the Oracle Gen 2 Cloud,” and that it was currently optimizing its software, including Oracle database, Oracle Linux, and Oracle Java, for Altra. Oracle also said was in the “final phases of developing Ampere Altra-based platforms.”

That bodes well for Ampere’s future. Analysts say Arm chipmakers finally have a real shot at successfully competing in the $20 billion-a-year server-processor market currently dominated by Intel, with AMD a distant second.

Arm Holdings, which already powers most of the world’s smartphones, has tried to push into the data center market for years. Numerous companies licensed its architecture to build a server processor in the past, but most of those efforts failed.

We interviewed Wittich about Ampere, its strategy, and why he thinks the time is ripe for Arm in the data center in November for the Data Center Podcast. Listen here

While not a direct competitor to the chipmakers, Amazon Web Services runs its own custom Arm-based Graviton processors in its data centers and is in the process of deploying the next-generation Graviton2 servers.

“There is a new generation of Arm processors that are high-end and have lots of cores, big caches, and lots of memory support, and can scale to serve different kinds of needs,” Rau said. “The server processor market is a big market that’s seeing low-to-mid-single-digit growth. There is room in the marketplace for more than two processor vendors and more than one architecture.”

Today, x86 chips make up a whopping 98.9 percent of the server market, according to IDC. IBM Power and Oracle SPARC processors each accounted for 0.1 percent in the fourth quarter. Arm processors, which currently make up about 0.5 percent of server processor shipments, are expected to grow to 2.5 to 3.5 percent by 2024, Rau said.

“Given the size of the market, there is enough here (for an Arm vendor) to run a business. How many remains to be seen,” Rau said.

Kevin Krewell, principal analyst at Tirias Research, said he believed Ampere Altra would appeal to data center operators. “It’s 80 cores – all single threaded – on one piece of silicon with gobs of memory and I/O. It’s a very impressive product,” Krewell said. “We think this will gain good traction.”

For example, as part of its effort to ensure predictable performance and security, the company deployed single-threaded cores. In the past, a multi-threaded approach made sense for enterprises running their own applications in-house, he said. Now, in a cloud environment, providers don’t want customers fighting for the same shared resources.

“The way we optimized everything for single-threaded performance is a new approach,” Wittich said. “By having a single-threaded processor, we minimize sharing among users. Users get a dedicated core.”

Altra supports Arm v8.2 – but also parts of v8.5 that have been finalized – and improves security, he said. About two years ago, x86 CPU vulnerabilities named Meltdown and Spectre could give attackers access to data as it was being processed. It required patches and firmware updates to mitigate the vulnerabilities. The new additions from v8.5 boost security and eliminate those flaws, he said.

“We minimized the attack surface, so we are not vulnerable,” Wittich said. “That was important to have as part of our product, because security is a major factor in the cloud.”

The Altra chip, which comes in single or dual-socket configurations, also supports a large cache (64KB of L1 cache and 1MB of L2 cache), up to 192 PCIe Gen4 lanes, and up to 8TB of DDR4-3200 memory. “We have more PCI lanes than anyone. We have also scaled our memory with more bandwidth and capacity,” he said.

To improve AI inferencing, which puts a trained machine-learning model to work, Ampere’s Altra processor supports int8 and FP16 instructions, which use less processing resources than FP32 (32-bit floating point) while providing the same accuracy, Wittich said. Altra is also energy efficient and will use between 45 watts and 210 watts.

Ampere is currently shipping samples of Altra to cloud service providers, ODM, OEMs, and software companies. The new processor will be in production in mid-2020, the company said.