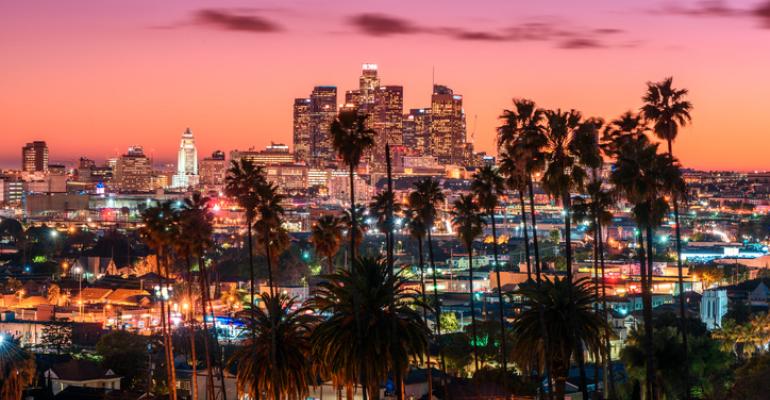 Google has launched a cloud availability region in Los Angeles • It is marketed primarily to the area’s media and entertainment industry • The company says the vertical’s bursty workloads are uniquely suited for cloud • Users in California can now enjoy lower latency if they choose L.A. over the previous closest region in Oregon

Hollywood can now compute faster – that is, if it’s computing in Google’s cloud.

Marketing it primarily to the area’s media and entertainment industry, Google is promising much better latency if clients in California use the new us-west2 region instead of the previously closest region in The Dalles, Oregon, called us-west1.

As a cloud-user category, media and entertainment “has some workloads that lend themselves very well to cloud,” Dominic Preuss, a Google Cloud product management director, said in an interview with Data Center Knowledge. These users often “have a short-term need for a huge amount of compute.”

A movie, animation, or digital effects studio, for example, may work on a project for a long time before it finally needs the computing muscle to render the final product. Once the rendering job is done, that capacity is no longer needed for a while, making it very expensive to keep in-house.

Media and entertainment has long been one of Google cloud’s strongest verticals, Preuss said. That’s thanks to two acquisitions.

In 2014, Google acquired Zync Render, whose technology enables visual-effects processing in the cloud; in 2016, it acquired Anvato, which enables content companies to stream and monetize video.

Zync and Anvato “definitely have contributed significantly to the fact that we are in the media and entertainment industry,” Preuss said.

Local customers cited in the L.A. region launch announcement include visual effects and animation companies Sony Pictures Imageworks, Framestore, and The Mill, as well as the City of Los Angeles.

With the new region, Google is “doubling down on our relationship with all the studios, and creative people, and all the work being done out of the Los Angeles area,” Preuss said.

Los Angeles is Google cloud’s fifth availability region in the US and seventeenth worldwide. Hosting applications there instead of Oregon can improve latency by up to 80 percent for users “across Northern California and the Southwest,” Kirill Tropin, a Google product manager, wrote in a blog post announcing the launch.

As it did with most previous region launches, Google launched the L.A. region with three availability zones, or three data centers. The company hasn’t disclosed where exactly the data centers were, or which data center providers hosted the infrastructure. Preuss declined to provide any additional details on the subject.

Internally, Google has always used object storage, Preuss said, but as it tries to close more business with enterprise customers, it needs to provide features enterprises need, and file storage is one of those features. “There’s a number of these traditional workloads that require distributed file [storage],” he said.

Among those enterprises are many media and entertainment companies in Southern California. To date, Google has relied on partners like the storage giant NetApp to provide file storage capabilities to those customers.

But, Preuss explained, the cloud business has now reached a level of scale where customers are increasingly looking for cloud storage provided by Google directly, complete with Google SLAs and access to Google’s enterprise support services, such as Customer Reliability Engineers.

The company isn’t planning to end its relationships with partners like NetApp. Filestore, currently in beta, is simply another option available to customers, he said.