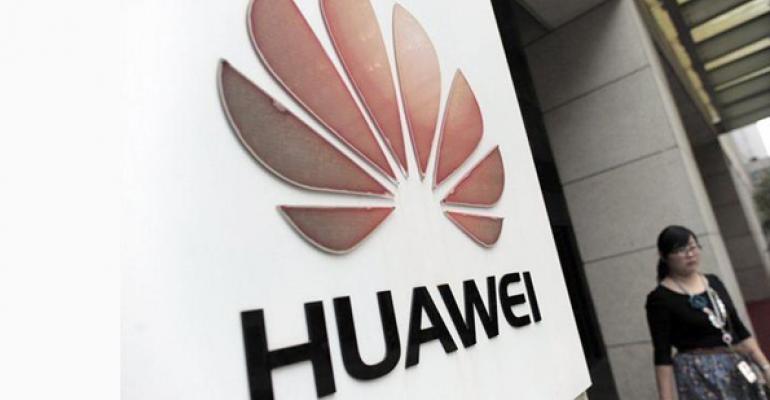 The impact of the Trump administration’s blacklisting of Huawei Technologies Co. was laid bare as the Chinese company unveiled a flagship Android-powered smartphone that lacks any licensed Google apps.

(Bloomberg) -- The impact of the Trump administration’s blacklisting of Huawei Technologies Co. was laid bare as the Chinese company unveiled a flagship Android-powered smartphone that lacks any licensed Google apps.

Announced at an event in Munich on Thursday, the Huawei Mate 30 and Mate 30 Pro mark the brand’s first top-of-the-range device launch since it was forbidden in the spring from trading with American partners.

Huawei Consumer Group Chief Executive Officer Richard Yu remained upbeat on stage during the company’s presentation, promising the phone would be a technological powerhouse with an unmatched new camera system.

In May, the U.S. government blacklisted Huawei -- which it accuses of aiding Beijing in espionage -- forcing chipmakers, software developers and other component manufacturers to stop selling critical smartphone parts to the company.

The ban’s reach affected Alphabet Inc.’s Google, maker of the Android mobile operating system, which is why the new Huawei phone doesn’t have apps such as Google Maps, YouTube or the Google Play Store. The Mate 30 Pro runs on a version of Android that’s free and open-source, meaning companies don’t need a license from Google to use it. Huawei calls it EMUI10. But without the all-important Play Store app repository, its still a barebones Android version underneath.

Consumers will be able to can manually "side-load" some Google apps, or use available web versions, Richard Yu told reporters after the launch event.

“We’re trying to make it okay for consumers but we need time to solve this issue,” he said. "The consumer can make a compromise. It’s a balance."

On the inside, the Mate 30 Pro runs on the new Kirin 990 5G processor, made by Huawei subsidiary HiSilicon, which packs more than 10.3 billion transistors into a space the size of a fingernail. The chip also combines a graphics processor, a 5G modem and dedicated neural processing units for accelerating artificial intelligence tasks into one.

Yu said Huawei’s testing on the China Mobile network showed the Mate 30 Pro able to achieve 5G download speeds of about 1,500 megabits-per-second -- a figure that far outstrips the average figures possible even on most domestic fixed line internet connections in the U.S. and Europe.

Commenting ahead of Thursday’s launch, CCS Insight analyst Ben Wood said Huawei’s strong brand in Europe meant there “will be a market for any new products,” given the company’s “good track record in slick design and leading edge features such as multiple cameras.”

“However, not having Google services will mean it’s a huge challenge for customers,” he added.

Other features of the Huawei Mate 30 Pro include:

Yu also announced Huawei’s folding phone, the Huawei Mate X, will go on sale in China in October. First announced in February, the phone supports next-generation 5G networks and is the second folding phone from a major manufacturer to go on sale this fall -- Samsung released the Galaxy Fold on Sept 6. It’ll be available in Europe next year, Yu said.

Huawei Eyes ProtonMail as It Searches for Gmail Alternative
Sep 06, 2019