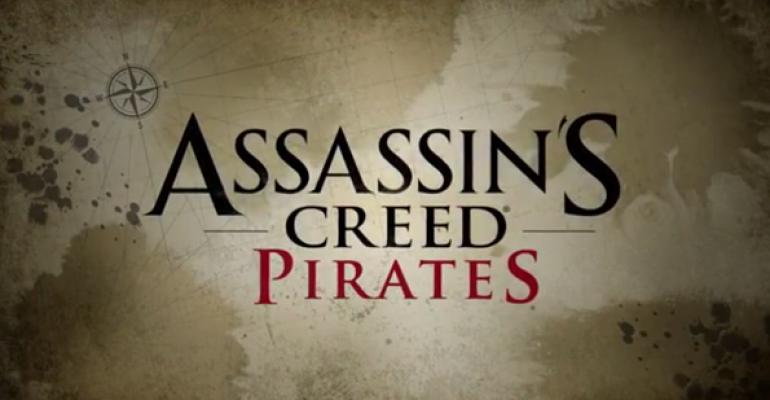 Microsoft and Ubisoft Bring "Assassin's Creed" Game to the Web

A proof of concept that could lead to further web games

As HTML 5 evolves into a powerful computing platform in its own right, we're starting to see some pretty impressive web apps and, now, games. Today, Microsoft and Ubisoft announced that they have together created a new HTML 5-based demo version of the game "Assassin's Creed: Pirates," which is available for free now on the web.

"Unfurl the sails and with a swipe of your finger on the virtual wheel, steer the ship through the deep blue Caribbean," Microsoft's Divya Kumar writes in a new post to the Exploring IE blog. "Race your ship through an obstacle course and compete with pirates around the world to obtain the highest score. Each time the game is launched, a variation of the original scene is delivered – with changes in the weather, time of day and location – giving you a new experience each race."

"Assassin's Creed: Pirates" was created using HTML 5 technologies such as WebGL and Javascript, plus the open source Babylon.JS framework, which was created by four evangelists at Microsoft. It works with  the touch-first versions of Internet Explorer found in Windows 8.1 and Windows Phone 8.1, and so can be played on devices as diverse as a desktop PC, a Surface 2 tablet, or a smart phone like the Lumia 1520.

"With Babylon.JS, developers can quickly add collision detection, physics, lighting, camera angles, textures, effects, and new 3D scenes with minimal coding," Kumar explains. "It can run on many devices and allows you to use your own shaders (like the ocean shader in the ACP demo), without the burden of handling WebGL plumbing."

Looking at the game quickly, it appears to be a straightforward racing-type game in which you pilot a ship forward while hitting targets and avoiding mines. You can speed up and slow down (and stop by dropping anchor), and it's indeed a lot easier to play via touch (vs. mouse).

You can check out "Assassin's Creed: Pirates" demo for yourself on the web at race.assassinscreedpirates.com.