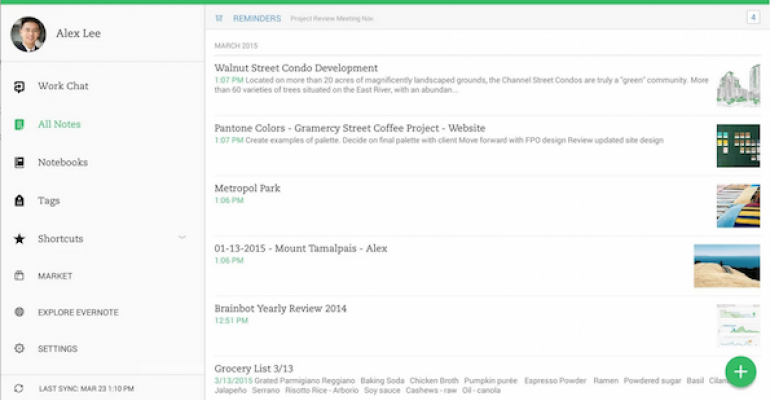 Work better with Android, Part II: How Office, Dropbox, and other productivity tools stack up

So if you’ve followed our guide to getting set up with Android, you may feel like you’re ready to go when it comes to productivity. One of Android’s strengths is the deep integration of Google tools, and once you sign in to your Google account on an Android device your stuff is all just there.

But Android is a pretty big platform, powering the majority of the smartphones and tablets worldwide. So if there’s a favorite service you have, like Dropbox, Microsoft Office, Evernote, or others, you’ll be able to find it.

In the past, updates to third-party apps have pushed out first to iOS and then come along to Android later. While that’s sometimes still the case with smaller startups, now the big guys and gals treat both operating systems fairly equally.

And what’s even better for you is that many of the Android versions take advantage of what Google’s OS can do, such as widgets, deeper integration with other apps, and access to various storage spaces.

Here are some apps and tips to get you started, whether you plan to use an Android tablet as a key workhorse or just want to be able to access and edit some key files from your smartphone.

Microsoft is all in

Microsoft has gone full bore when it comes to Android. The Redmond company now has an Android app for just about every one of its major services: Word, Excel, PowerPoint, OneNote, and Outlook. Of course the Bing search engine is here and an app for its Xbox One franchise is waiting for you in the Play Store.

Create and work on Word files on your Android device.

If you need to get your corporate email on an Android device, the Outlook app is the way to go. While it has pretty good feature parity with the iOS version, it goes a few steps further on Android. For example, the app pulls in the existing contacts on your device - something it can’t do on iOS. Also, when you go to attach a file you have a wider berth of apps to choose from thanks to how Android can pull in a file from any other installed app.

The Office apps work on both phone and tablet versions so you should be in good shape to make light edits or create more complex files on the go. In order to get the full editing capabilities, you’ll need to have an Office 365 account. Once you sign in with your credentials the apps will automatically connect you to OneDrive, so it’s easy to grab and start working on a file you’ve saved.

Additionally, Microsoft’s partnership with Dropbox means tight integration with the two services, so you can open any file from Dropbox in its corresponding Office application

Dropbox can be the home for all your Office files.

Turn your tablet into a digital notebook

Evernote has been on Android since nearly the beginning. The app tended to lag behind iOS in design for a while, but the remember-everything service has really picked things up especially by embracing Google’s Material Design.

Evernote for Android leads the pack when it comes to serving as a key hub for productivity.

The big differentiator now for Android is the excellent job Evernote has done in creating home screen widgets and adding support for Android Wear. With the widgets, you can quickly launch a picture note, recording, or note to write on with a stylus or one for typing. There are still definitely better animations and visual flourishes on iOS, but all the core pieces you need are here in the Android version. With Android Wear, you can dictate and view notes right from your wrist.

As indicated with its Office suite, Microsoft has also stepped up its game to make OneNote a valid options, especially for those who use a stylus for taking notes. You might like the interface better if you are into the OneNote organizational strategy, which has a hierarchy of different notebooks and sections. The app also recently enabled a “floatie” button, which is a chathead-style button that lives on your homescreen.

Look to the clouds

If Google Drive isn’t you go-to cloud storage app, then the one you do use is probably here. Dropbox works particularly well, making it rather easy to upload any file that’s saved on your Android device (thanks in part to the fact that Android has a navigable file menu).

If you have one of the company’s paid storage plans, which offer 1TB of storage, then you may want to go ahead and make it your photo backup option with Carousel.

OneDrive will also perform photo backup, though the service isn’t as slick as either Carousel or Google Photos, which gives you unlimited storage for free (as long as you’re willing to live with a little compression, otherwise your images count against your Google Drive storage).

Box, which is typically geared toward business users, with its file-level encryption and other security features. And like with the other choices, there’s a good homescreen widget to quickly glance at relevant files.

Choosing the right app may involve not just its own features, but what kind of Android-specific tools work with it, like widgets. Once you settle up on a routine, your Android device could be a huge boon to your productivity.