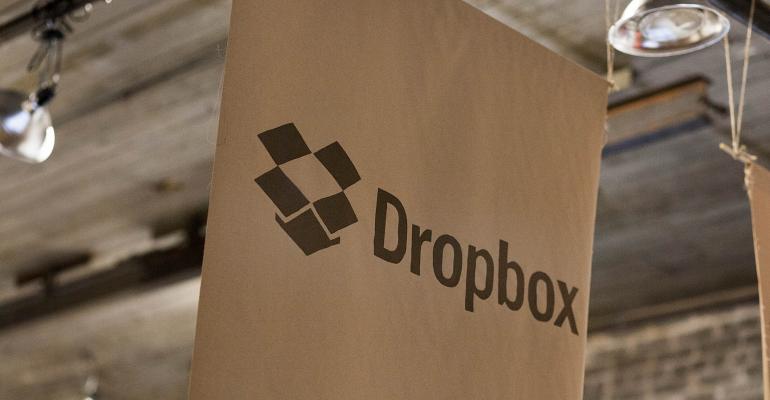 Dropbox Inc. exceeded its private valuation in its market debut, as shares soared after pricing above their marketed range in the biggest technology initial public offering of the year.

(Bloomberg) --Dropbox Inc. exceeded its private valuation in its market debut, as shares soared after pricing above their marketed range in the biggest technology initial public offering of the year.

Shares jumped as much as 50 percent to $31.60 apiece in New York trading, giving the file-sharing company a market valuation of more than $12 billion. Dropbox, founded by Drew Houston and Arash Ferdowsi in 2007, was valued at $10 billion in its last private funding round four years ago.

Investors’ enthusiastic response to the IPO could help clear one roadblock that’s been holding back Silicon Valley companies from going public: Their own lofty private valuations.

After initially targeting a market value of only $7.1 billion, strong demand for Dropbox shares helped close the gap as its IPO priced above the marketed range. Dropbox sold 36 million shares for $21 apiece Thursday, raising $756 million, after offering them for $18 to $20 apiece -- already an increase from the original price range.

Investors were willing to pay up even as equity markets -- and especially technology stocks -- took a tumble on Thursday, sending the Nasdaq 100 Index on its steepest decline in six weeks. As Dropbox climbed on Friday, all major U.S. indexes showed losses.

Dropbox appears to have overcome the so-called down round at its IPO, in which a company’s debut market valuation fails to match up to its fundraising promise. Friday’s share surge indicates investors don’t see that gap as an obstacle to becoming a successful public company. As billions of dollars of private funding have driven up the valuations of technology companies, concerns about not living up to those metrics have helped slow the U.S. IPO pipeline. Pre-IPO candidates have put off listing plans to try to grow into their private valuations.

“There was always a little of fear around acknowledging that if I price below what it was previously, there was a guilty feeling that it was a failure,” said Yogesh Amle, a managing director and head of software at tech-focused investment bank Union Square Advisors. “You just have to open up to the reality that we have to price this pragmatically.”

While there is more to judging a successful public company than market value, IPO performance is so closely watched that negative sentiment after a value cut can hit customer relationships and employee morale, as well as limiting the ability to raise more money.

The post-IPO success of Square Inc., which faced harsh criticism for listing in 2015 at a valuation far below its last funding round, had already gone some way to removing the stigma of a down round. The payments company raised less than expected to clock a market value of $2.9 billion, well below the $6 billion valuation it reached in a private funding round just a year earlier.

At the time, Gil Luria, then an analyst at Wedbush Securities Inc., called the drop “really monumental,” saying a reckoning had arrived for heady private valuations. Luria now works at D.A. Davidson & Co.

Square has since proved itself to investors. Its revenue has more than doubled since the year before its listing, while its losses shrank by more than half and the business became cash-flow positive. The stock has increased more than sixfold since the IPO, giving the company a market value of about $22 billion.

Dropbox, whose users store and share files online through its cloud service, might have gotten more leeway because it achieved a favorable financial profile while private. The San Francisco-based company is cash-flow positive and edging toward a net profit, while showing revenue growth of more than 30 percent last year to $1.1 billion, according to its latest pre-IPO filing.

“It is a very impressive set of operating metrics,” said Neeraj Agrawal, general partner at tech-focused investment firm Battery Ventures, which has also invested in household-goods retailer Wayfair Inc. and software maker Marketo Inc. “You’ve got an environment where there are not a lot of high growth IPOs that are coming out and there’s a lot of investor demand in cloud.”

Increasing the marketed share price range, as Dropbox did on Wednesday, is an unusual move for large technology IPOs. While more than $12 billion in stock has been sold in U.S. listings this year, up by a third from the same period in 2017, technology companies have been largely absent, according to data compiled by Bloomberg. Cloud-security company Zscaler Inc. was the only notable IPO out of Silicon Valley, raising $221 million this month.

Investors’ comfort with Dropbox’s books could help it avoid a flame-out like Blue Apron Holdings Inc. The money-losing meal-kit delivery company raised less than expected at a $2 billion valuation, 38 percent lower than its last private round. Its stock has tumbled another 79 percent since its June IPO to value the company at just $393 million.

Dropbox has also had more time to adjust to life in the spotlight. While Blue Apron was founded in 2012 and went public within five years, Dropbox co-founders Houston and Ferdowsi have had more than a decade to prepare for this moment.

During that time, the startup has found itself under scrutiny at several Silicon Valley inflection points, making it a fitting poster child for managing private versus public expectations.

The Valley was shook when mutual funds that had piled money into private companies started publicly posting changes to their in-house valuation calculations. Dropbox was one of the highest-profile examples, raising questions about the company’s worth: In 2015, Fidelity Investments and BlackRock Inc. wrote down the value of their investments in the company by at least 15 percent.

Dropbox -- with a gleaming chrome panda statue greeting visitors at its San Francisco headquarters and employee perks that include free meals from a chef who’s worked for Michelin-starred restaurants -- was once emblematic of startup excess. Critics assailed such young companies for collecting millions in private funding and prioritizing spending on millennial-baiting office bars and decor over turning a profit.

Since then, Dropbox took pains to focus its business and work toward profitability rather than simply pushing for growth at all costs. The company cut expenses and found its focus, growing to 500 million users storing and sharing files online through its cloud service. If anything, Dropbox’s time in the spotlight through the good and bad has given it an appreciation for the intense scrutiny of public markets.

The company made its public market debut at a time when technology stocks have slipped out of favor. Facebook Inc. has dropped about 12 percent this past week as it acknowledged its mishandling of user data, while less-than-stellar earnings have driven others lower. The Cboe Volatility Index is up as much as 36 since Wednesday as President Donald Trump announced about $50 billion of tariffs against China over intellectual property violations.

The scenario in which valuations always go “up and to the right is only manufactured in private markets,” Agrawal said, invoking a popular Silicon Valley phrase to describe exponential growth. “That’s not the reality being public.”