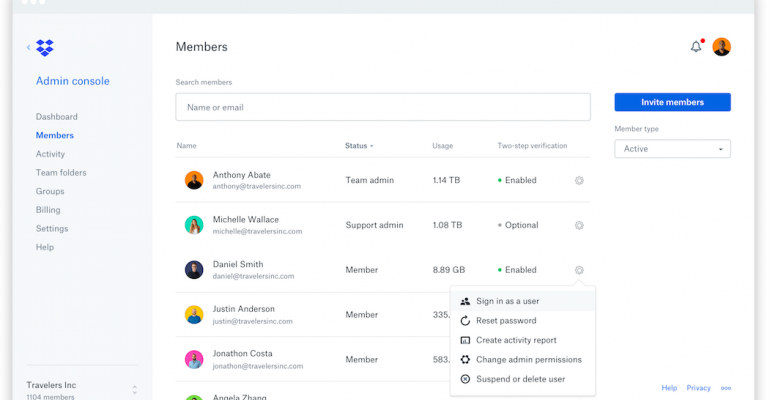 How the stock will play out is more a question for investors than for those who are watching the storage space or seeking the most efficient cloud-based collaboration service.

Tech IPOs often bring about the most intense speculation for how a company will fare once its shares hit the market. There’s the potential for a massive spike and then later fall, as in the case of Snapchat, or the slow and steady growth that investors strive for. There’s been an especially big buildup for the Dropbox IPO. By going public, the popular online storage and collaboration company is angling to shore up its investor cash and prepare for the long battle for storage supremacy.

Much of the appeal of Dropbox as a service has been its ubiquity, according to Bob O’Donnell, an analyst with TECHnalysis Research.

“A lot of what Dropbox has is an early-mover advantage that they’ve been able to hold onto,” said O’Donnell. “They set something up that allowed people to share files across a lot of different devices in a very simple way. So they endeared themselves to people by making it easy to transfer big files back and forth and ensure everything is backed up.”

Dropbox also serves as a syncing solution for third-party applications that allow users to connect their Dropbox account and work across devices. It’s especially useful for smaller app developers who don’t have the resources to invest in their own storage solutions.

When it comes to the other storage prowess, Dropbox has found ways to serve as a central nervous system for other platforms. For example, Dropbox recently announced a partnership with Google Cloud, one of many that includes similar integrations with Microsoft Office, the Adobe Creative suite and Salesforce.

A key to Dropbox’s success it that it has found a way to serve as the backbone to services from companies that also offer their own competing solution: For example, Microsoft has OneDrive, Google has Drive, and Apple offers storage capabilities through iCloud.

How the stock will play out is more a question for investors than for those who are watching the storage space or seeking the most efficient cloud-based collaboration service. However, the price may help those watching the company ascertain how successful it may perform going forward.

According to the The Wall Street Journal, the Dropbox IPO price is $21 per share. The company initially had set a range of $16 to $18 for the shares when it kicked off its meetings with investors last week. At that price, according to The Wall Street Journal, Dropbox would achieve a valuation of about $9.2 billion on a fully diluted basis. Trading is scheduled to commence March 23.

Going forward, it’s the utility of Dropbox that may keep it as the king of storage. The late Steve Jobs initially dismissed the concept of Dropbox surviving as a company, telling founders in a 2009 meeting that Dropbox was, “a feature, not a product.” The sense was that any other large company could build its own version and put Dropbox out of business.

While the former has come true, the latter hasn’t. And Dropbox has shown that its central premise, reliable syncing, can serve as far more than just a feature. While Dropbox has expanded its efforts in the collaboration space, O’Donnell believes there could be room to grow in other areas of online storage.

“There is a lot of opportunity in online storage, but a lot of competition from some pretty big players,” he said. “There’s a lot of ways to think about collaboration, from virtual desktops to Citrix, VMware, and backends for streaming services.”

Dropbox Is Hard to Value Because We Think About It Wrong
Mar 19, 2018

Here’s How Much Money Dropbox Saved by Moving Out of the Cloud
Mar 01, 2018