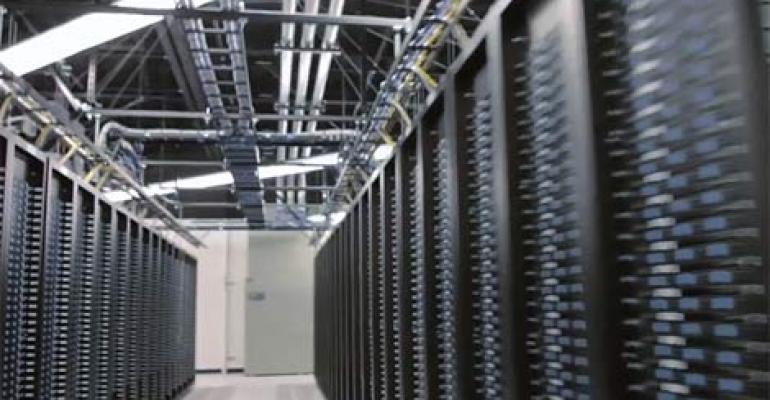 A look at the fully-packed server racks inside a Facebook data center facility.
Data Center>Energy

Swedish construction company Skanska was named general contractor for Facebook’s new data center project in Sweden. The project is estimated to be worth SEK 530 million (about $76.5 million USD).

The Facebook data center began construction in March and is expected to be completed in the first half of 2015. Skanska will be responsible for all infrastructure on the large project, including utilities and roads. It will also build all sub-structure, concrete works and office and facilities buildings.

This will be Facebook’s second data center in Sweden. Facebook said it initially chose to build in Sweden because the country offered access to low-cost renewable energy, a cool climate and a strong pool of skilled workforce. The social network continues to recognize the benefits of building data centers in Sweden.

Facebook’s decision to initially build a data center in Luleå directly created nearly 1,000 new jobs and generated local economic impact that amounts to hundreds of millions of dollars, according to a recently completed study by the Boston Consulting Group, which the social network company hired to assess its impact on the local economy.

Since Facebook first broke ground in Luleå in 2011, it has created 900 direct jobs in Sweden and generated SEK 1.5 billion (about $225 million) in domestic spending. The project’s overall economic impact in the country so far has been about SEK 3.5 billion (about $524 million). That impact is growing.

The study commissioned last July also estimated the economic impact of the new facility. It is expected to generate SEK 9 billion ($1.35 billion) of economic impact in Sweden and directly create nearly 2,200 jobs, two-thirds of them locally in Luleå. This will contribute about 1.5 percent of the local region’s total economy, with Facebook’s activity in the region benefiting a total of 4,500 full-time employees.

Skanska Sweden is one of Sweden’s largest construction companies, with approximately 11,000 employees and 2013 revenue of SEK 30 billion.