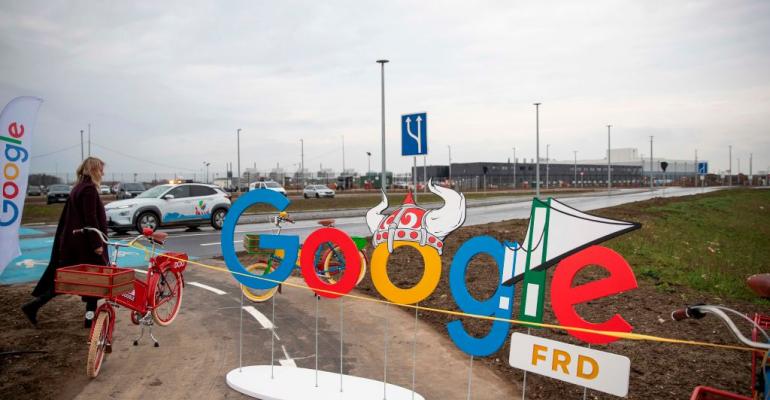 Its “carbon-intelligent computing platform” will process one-third of Google’s non-production workloads next year.

Google is gearing up to deploy technology it’s developed for shifting workloads from data center to data center based on availability of renewable energy.

The company plans to start using the new platform next year for more than one third of its non-production workloads, Google CEO Sundar Pichai said during Tuesday’s livestreamed Google IO Keynote. It will start with media processing workloads, such as encoding and analyzing videos uploaded to YouTube or images uploaded to Google Photos and Drive.

Last April Google announced that it developed a “carbon-intelligent computing platform” that would schedule non-urgent workloads within each data center to run when that data center is getting the most renewable energy. It said at the time that the next phase for the platform would be to move workloads between data centers.

This will be a more robust implementation of a feature Google Cloud announced earlier this year, which shows customers which cloud availability regions run on clean energy more hours of the day. The customers can then use this information as they decide which Google data centers to deploy their applications in.

The one limitation to this effort to use clean energy when and where it’s available will be varying local privacy laws, he wrote.

That’s a hard mark to hit for a variety of reasons, including intermittency of wind and solar generation capacity, lack of renewable energy generation in many places around the planet, and varied utility rules that in some parts of the world restrict access to a broad variety of energy suppliers.

The solutions will be a combination of lobbying energy regulators, investing in ever more renewable generation capacity, and further developing technologies that address the intermittency, such as utility scale energy storage and geothermal energy. Google also announced on Tuesday a project to develop a “next-generation” geothermal energy plant to power its Nevada data centers.