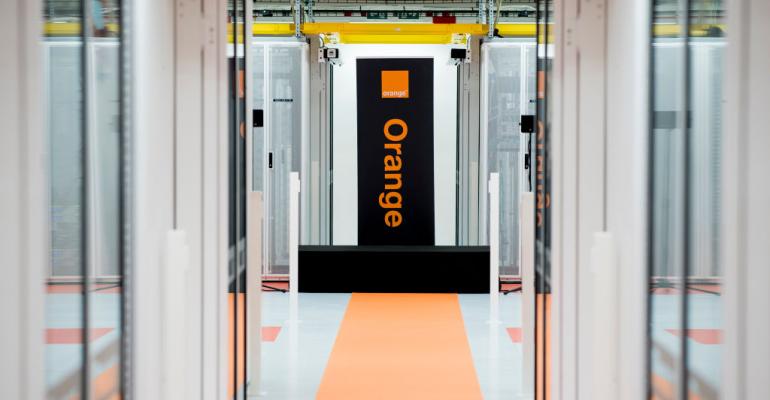 European Commission says information and communications technologies must undergo their own “green transformation” to deliver their benefits in a draft plan.

Natalia Drozdiak (Bloomberg) -- Data centers should be made more energy-efficient and be carbon-neutral by 2030, the European Union urges in a draft digital strategy plan to be unveiled later this month.

Information and communications technologies must undergo their own “green transformation” to deliver their benefits, the European Commission said in the document obtained by Bloomberg. The EU’s executive is set to publish the strategy on Feb. 19 alongside other announcements, including plans to legislate on artificial intelligence.

Digital industries account for between 5% to 9% of the world’s total electricity use and more than 2% of all emissions, the EU’s executive arm said. Data centers in particular contribute to a major portion of energy use in the sector.

Despite the tech industry’s focus on renewables, the advent of streaming, artificial intelligence and other services requiring lots of data is accelerating the amount of fossil fuels burned to keep data servers up and running.

The EU initiative is part of the bloc’s broader plans for a sweeping economic transformation, dubbed the “Green Deal,” across the 27-nation bloc. It plans to impose stricter emissions standards on industries, energy taxes and tougher air quality standards.

In the document, the EU said it is also planning an initiative to recycle devices, including a right to repair to extend the lifecycle of electronic devices. Politico earlier reported on the draft.

Data centers currently consume about 2% of the world’s electricity, but that’s expected to reach 8% by 2030. Moreover, only about 6% of all data ever created is in use today, according to research from Hewlett Packard Enterprise.

The document also outlines plans to launch a sweeping antitrust inquiry “with a strong focus on these new and emerging markets that are shaping our economy and society.” A previous probe into online sales led regulators to investigate Amazon.com Inc. and fine Nike Inc. and NBC Universal LLC.

The paper promises action on Internet giants later this year, saying forward-looking “regulatory responses” might be needed where online platforms have effectively become “large private gatekeepers and rule-setters.” The EU will also review and consider updating its competition rules to be able to catch any anti-competitive behavior it might be missing in the digital economy.

In addition, the EU is considering a legislative act on self-driving and connected cars to foster the safe deployment of autonomous vehicles in Europe.