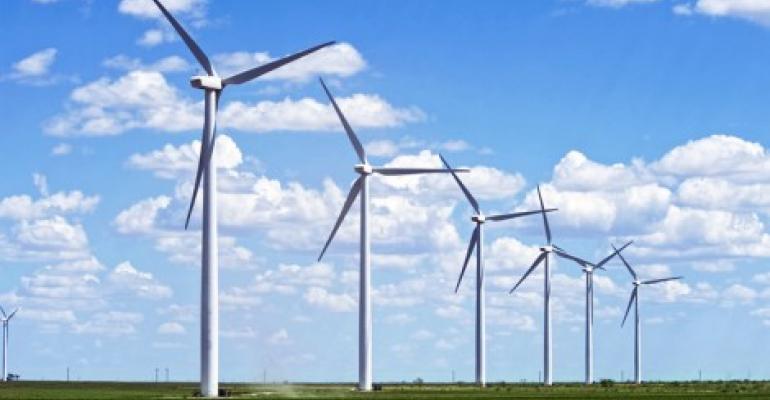 AWS has announced the construction of a new 189 megawatt wind farm in Hardin County, Ohio

Brought to you by The WHIR

As the behemoth of the public cloud market, Amazon Web Services uses an enormous amount of energy to run its data centers. To offset this,  AWS has announced the construction of  a new 189 megawatt wind farm in Hardin County, Ohio, that will generate 530,000 megawatt hours (MWh) of renewable electricity annually, starting in December 2017.

The wind farm is AWS’ second in Ohio, and its fifth renewable energy project in the U.S. They will generate a combined 2.2 million MWh of renewable energy annually, which AWS says is equivalent to almost 200,000 homes.

The project will be constructed, owned, and operated by EverPower, which already operates seven projects producing 752 MW of energy.

“We remain committed to achieving our long-term goal of powering the AWS Cloud with 100 percent renewable energy,” Peter DeSantis, Vice President, Infrastructure, AWS said in a statement. “There are lots of things that go into making this a reality, including governments implementing policies that stimulate cost-effective renewable energy production, businesses that buy that energy, economical renewable projects from our development partners and utilities, as well as technological and operational innovation that drives greater efficiencies in our global infrastructure. We continue to push on all of these fronts to stay well ahead of our renewable energy goals.”

AWS says it is on track to reach 40 percent renewable energy use this year, and 50 percent by the end of 2017.

Amazon’s Paulding County, Ohio facility is scheduled to begin operation in May 2017. It currently has a wind farm in Indiana and a solar farm in Virginia in operation.  The Hardin County facility will be the second largest by capacity, behind the Amazon Wind Farm US East project in North Carolina, which is expected to begin producing electricity in about a month. Amazon also has several renewable projects other than those to provide power for AWS infrastructure, including a recently unveiled 253 MW wind farm in Texas.