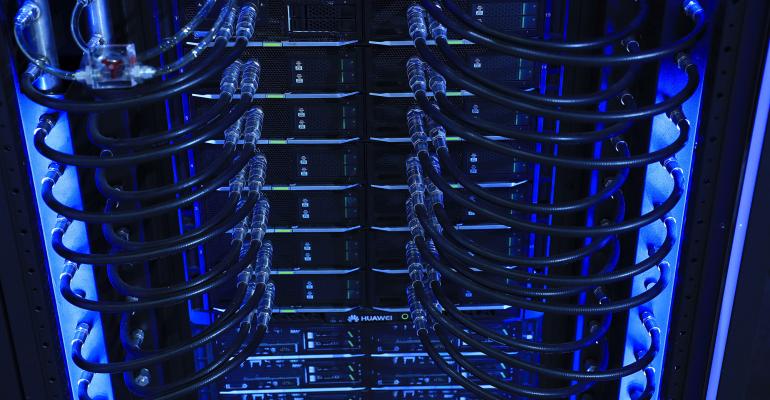 The pledge comes at a critical moment for Huawei’s ambitions in Europe, its second-biggest market outside of Asia. European phone companies are getting ready to order tens of billions of euros worth of equipment for fifth-generation wireless networks and Huawei has spent more than a decade positioning itself to win much of that work.

(Bloomberg) -- Huawei Technologies Co. plans to overhaul its global software systems in response to growing fears in Europe that the Chinese company’s wireless equipment is vulnerable to snooping and hacking, according to people familiar with the matter.

Huawei will offer to spend at least $2 billion to transform the way it engineers software, instead of merely applying one-off changes and workarounds in response to specific demands from companies and governments, said the people, who asked not to be identified because the discussions are private. That work will continue until all security concerns are assuaged, they said.

Western governments are growing increasingly concerned that Huawei’s systems could be used as a Trojan horse by Chinese intelligence. The Shenzhen-based company suffered a further blow when Chief Financial Officer Wanzhou Meng, the daughter of Huawei founder Ren Zhengfei, was arrested in Canada on Dec. 1 following allegations it had violated sanctions against Iran, amid a wider tussle on trade between the U.S. and China.

The pledge comes at a critical moment for Huawei’s ambitions in Europe, its second-biggest market outside of Asia. European phone companies are getting ready to order tens of billions of euros worth of equipment for fifth-generation wireless networks and Huawei has spent more than a decade positioning itself to win much of that work.

Company officials will present the details of the software revamp to the British government’s National Cyber Security Centre in coming days before it presents it to the public, said one of the people.

Huawei declined to comment. The company has always maintained that it’s independent and doesn’t give the government access to its equipment.

The measures would move beyond smaller-scale fixes it has made in response to a critical July report by a body tasked with overseeing the security of Huawei equipment that’s staffed by intelligence officials and industry representatives.

The National Cyber Security Centre flagged two main concerns about Huawei’s software engineering. The first is to do with how its source code can cause systems to behave in different ways in different environments. The second is to do with the management of third-party components which “was not subject to sufficient control.” Sixty percent of U.K. citizens’ home routers ultimately connect to Huawei-made kit, the agency said in emailed comments.

In a sign of how tenuous Huawei’s position in the U.K. has become, the head of foreign intelligence agency MI6 said on Monday the government needs to decide whether Huawei should be banned from the country’s 5G networks.

In the last four months it has received bans on 5G from the U.K.’s intelligence-sharing allies Australia and New Zealand, led by a campaign from the U.S., where it is also banned.