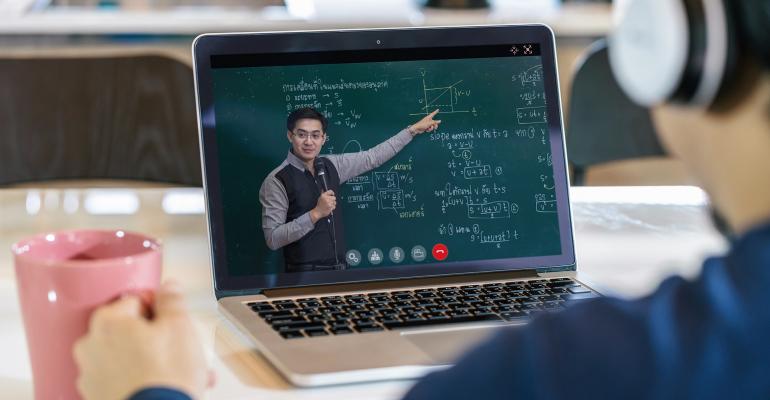 How One School District Secured Its Distance Learning Model

Having to change course and move to a distance learning model due to COVID-19, the Anaheim Union High School District had to quickly determine how to ensure all students had usable – and secure – devices and connectivity at home.

Erik Greenwood has had plenty of experience making sure that students have access to secure technology resources. As chief technology officer of the Anaheim Union High School District for the past 16 years, Greenwood has worked hard to keep pace with both the technological and security advancements students need to learn effectively.

Until earlier this year, everything seemed fully under control. The Anaheim, Calif., school district had about 20,000 Chromebooks, some affixed to rolling carts and some in school labs. During his first few years as CTO, Greenwood had noticed some laptop thefts (laptops were prevalent at the time) and has been using Absolute Software's Control to stop those thefts. Over time, the Absolute capabilities were expanded to all endpoint devices, including PCs, smartphones and tablets.

However, everything changed in March, when Greenwood got word that the school district was moving to a distance learning model, effective immediately after spring vacation, due to the COVID-19 pandemic. Not only did the district have to make sure that all 30,000 students had usable devices and connectivity to learn from home, but it had to ensure that the devices and access remained secure.

Getting devices in the hands of all students quickly wasn't easy, but it was doable. Greenwood started by asking every family to fill out a survey indicating whether they needed devices and/or connectivity. Armed with those answers, Greenwood started by distributing the 20,000 Chromebooks currently inside the schools. For the rest, he turned to both T-Mobile's Empower ED 2.0 program and the 1Million Project, each of which provides wireless devices and connectivity, often via hot spots, to eligible schools and students.

To distribute the devices quickly, the school district followed what the Chicago Public Schools had done using G Suite. "We took that solution and created our own process using Google Forms and Sheets to be able to check devices in and out using barcodes and barcode scanners," Greenwood explained.

To ensure security of its distance learning model, Greenwood first made sure that every device had Absolute Control installed, an always-on two-way connection that allows the IT group to track where the units are and how they are being used.

The Absolute software also was helpful in double-checking the check-out process. For example, when data was read incorrectly by the barcode scanner or wasn't manually entered correctly, the software was able to help correct the inventory. In addition, the software allowed the IT team to verify that a mobile device was being used, and how it was being used. There have already been a few incidents noted in the Absolute console, Greenwood said, that have raised red flags, prompting further investigation.

To ensure full security, Greenwood added ContentKeeper, which filters and reports content on all mobile devices. The team also has expanded its VPN security by adding Checkpoint VPN services.

Next up, Greenwood said, is moving valuable documents from on-premises locations to the cloud, and dealing with the security implications of making those files available remotely to staff.