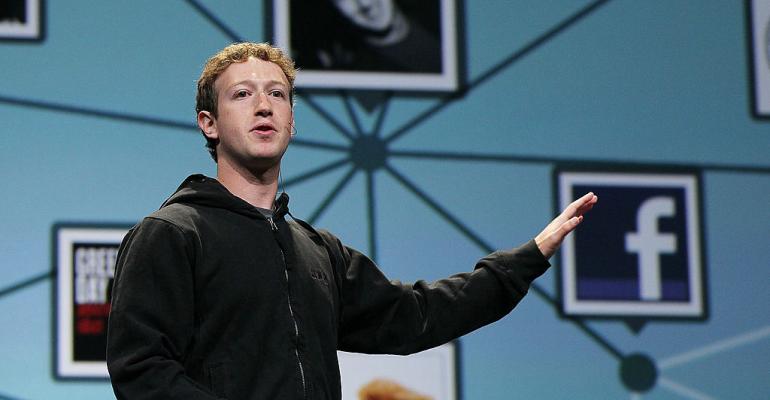 The New York Times reported Facebook had struck deals with device manufacturers that allowed them full access to information on users and their friends. But the U.S. company contends those pacts were intended to help device makers create their own versions of Facebook apps.

(Bloomberg) -- Facebook Inc. is disputing a New York Times report about how it shares data with device makers from Apple and Amazon to Samsung. They’re privy to Facebook users’ information but it’s nothing like the access that led to the Cambridge Analytica controversy, the social network said.

The New York Times reported Facebook had struck deals with device manufacturers that allowed them full access to information on users and their friends. But the U.S. company contends those pacts were intended to help device makers create their own versions of Facebook apps, and the data mostly remained on phones that accessed it. That kind of arrangement was necessary before phone operating systems relied on app stores, it added.

Facebook and other internet companies are grappling with a global backlash over the extent to which they hoover up and handle user data. The New York Times said the vast amounts of information shared with Apple Inc. and other phone-makers included data on users’ friends that had supposedly barred access.

Facebook said it had begun dismantling pacts with device makers dating back as much as a decade -- when the social network was rarely directly installed on phones. Hardware manufacturers used Facebook’s software tools to allow their own users to access contacts or post photos to their profiles, among other things, the company said in a blog post.

“There were no app stores at the time and this was the only way to make our product work on their devices. We tightly controlled these APIs from the get-go,” Ime Archibong, Facebook’s vice president of product partnerships, said in an interview. “These partners signed agreements that prevented people’s Facebook information from being used for any other purpose than to recreate Facebook-like experiences.”

Archibong said Facebook approved each of the experiences that were built, and that they worked differently to its public, platform APIs. The company has since terminated 22 partnerships with device makers, he added.

Shares of Facebook were down 1.8 percent pre-market at 6:34 a.m. in New York Monday, following a similar trend in Europe where it was down 2.2 percent at the same time in Frankfurt.

Facebook is retooling its approach amid a global consumer and regulatory backlash. Critics accuse its news feed algorithm of spreading misinformation and terrorism content among 2 billion-plus users. Lax policies around sharing data with third parties led to the leak of information to consultancy Cambridge Analytica, which worked on successful Republican campaigns, including that of President Donald Trump.

An app developer gave information on up to 87 million Facebook users to Cambridge Analytica mostly without their permission, setting off a scandal over data privacy when it was reported this year. That developer was able to make the deal with the firm because the data was stored on his servers. Facebook said that in the device partnerships described by the New York Times, personal data was mostly processed on users’ phones.

“We’re not aware of any people’s information being misused by these companies,” Archibong said.