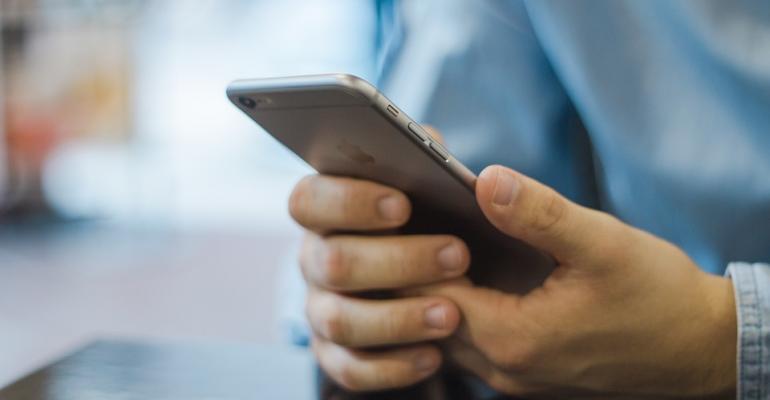 Apple Inc. on Thursday released a software update for iPhones and its other devices to fix a bug that let users of its FaceTime video-chat service listen in on people before they accepted or rejected the call.

(Bloomberg) -- Apple Inc. on Thursday released a software update for iPhones and its other devices to fix a bug that let users of its FaceTime video-chat service listen in on people before they accepted or rejected the call.

The renewed software, labeled as iOS 12.1.4, can be installed on Apple mobile devices in the Software Update tab under Settings. Apple also released a macOS Mojave 10.14.3 update that fixes the bug for Mac computer users. The glitch occurred when a user created a FaceTime conference call, put in a phone number, and then added another person’s number. The flaw also happened when the other user clicked their power button or one of the volume controls.

Cupertino, California-based Apple mitigated the problem last Monday by remotely disabling Group FaceTime. The company apologized on Friday, and said the software update would be released this week.

The bug was a black eye for Apple, which has made privacy and security key selling points for its devices. Last week, the company temporarily pulled important app-development tools from Google and Facebook Inc. after deciding the two companies broke its rules in monitoring users’ web traffic.

New York officials seized on the FaceTime flaw and said they will investigate the company’s failure to warn consumers about the bug and its slow response. On Tuesday, the leaders of the House Energy and Commerce Committee and its subcommittee on consumer protection called the flaw “ a significant privacy violation" and sent questions to Apple Chief Executive Officer Tim Cook about the issue.

Cook regularly criticizes internet companies for tracking people’s digital activities for advertising purposes. And yet, Apple takes billions of ad dollars each year from Google’s search business, which is based on harvesting personal data.

Group FaceTime calling was a key feature in last fall’s iOS 12 software update, which comes with the latest iPhones and iPads. Apple is planning an iOS 13 update for later this year with a redesigned home screen for iPads and a dark mode for better nighttime viewing.

Apple shares slipped 1.8 percent in New York trading on Thursday. The stock is up more than 8 percent so far this year.