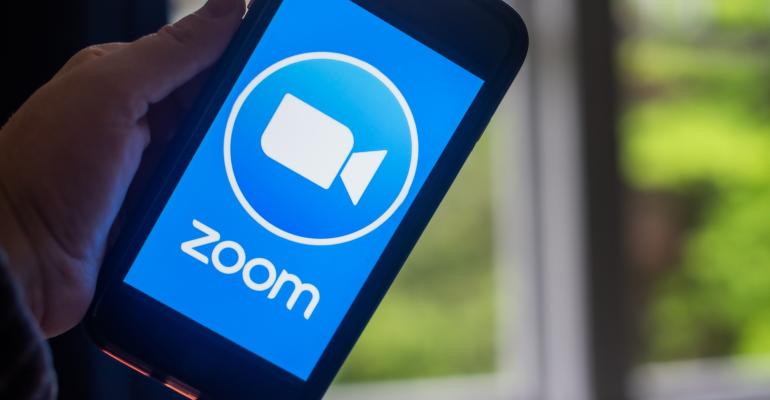 (Bloomberg) -- Zoom Video Communications Inc.’s results showed that its transition from an essential Covid-era tool to an enterprise business platform is going to take longer than expected.

While Zoom said it’s generating a growing percentage of revenue from enterprise customers, the software maker didn’t add as many in the fiscal second quarter as analysts expected. The company also cut its annual revenue forecast, saying it’s losing sales from consumers and small business faster than anticipated.

The results, said Citigroup Inc. analyst Tyler Radke, were “even worse than we expected.”

Zoom’s breakneck growth during the pandemic has cooled considerably as offices reopen and competition intensifies from Microsoft Corp.’s Teams video communications platform. Online sales to consumers and small businesses are expected to decline 7% to 8% this year, Chief Financial Officer Kelly Steckelberg said on a conference call after the earnings were announced.

Related: Zoom at 10: Where Does It Go From Here?

The shares dropped 11% in premarket trading after closing at $97.44 in New York. The stock has dropped 47% this year, missing out on the rally in technology stocks since mid-June.

Zoom has responded by intensifying its focus on larger enterprise clients and pitching an expanded line of products such as software for customer contact centers. In June, the company unveiled a new service bundle -- Zoom One -- to highlight offerings like internet-connected phones and physical conference rooms. Analysts are generally positive on these secondary offerings, particularly Zoom Phone, but believe they will take time to pay off. Sales to enterprise customers are expected to grow by more than 20% this year, Steckelberg said. 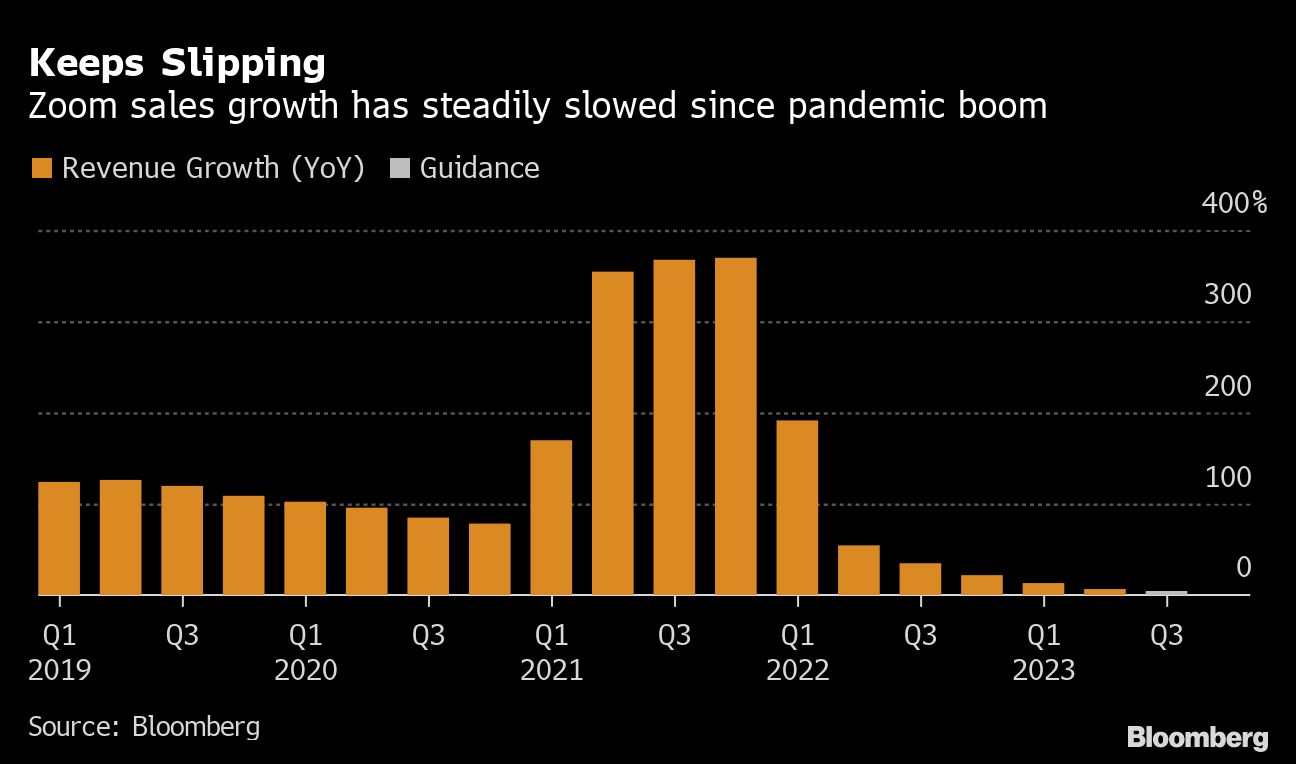 Revenue will be about $1.1 billion in the period ending in October, the San Jose, California-based company said Monday in a statement. Analysts, on average, expected $1.16 billion, or growth of about 10% from a year earlier, according to data compiled by Bloomberg. Profit, excluding some items, will be 82 cents to 83 cents a share, compared with analysts’ average estimate of 91 cents.

The company also reduced its annual sales forecast to about $4.4 billion from its May projection of as much as $4.55 billion. About $115 million of the cut is due to the “broader economic environment” and $35 million is due to the stronger US dollar, Steckelberg said during the call.

Fiscal second-quarter sales increased 7.6% to $1.1 billion, Zoom’s slowest year-over-year growth on record. Analysts, on average, projected $1.12 billion -- making it the first quarter that the company has missed revenue estimates. Profit, excluding some items, was $1.05 a share, compared with the average estimate of 92 cents.

Revenue from the region including Europe declined 8% in the quarter due to the Russia-Ukraine war, the strength of the US dollar and weakness in the consumer segment, the company said.

“We recognize that the revenue results are disappointing and below our expectations as we navigate the current environment,” Steckelberg said.

While the enterprise segment saw steady growth in the quarter, customer additions were “quite weak,” which may be a leading indicator of future headwinds, Citigroup’s Radke wrote in a note after the results.

Though the strength in enterprise bodes well for growth, weakness in the online business could linger beyond year-end as securing new users in this segment may be challenging amid a choppy economy.