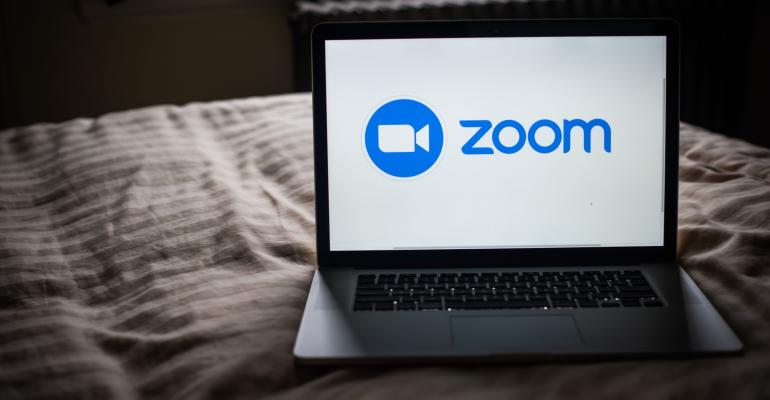 Zoom Seeks to Expand Beyond Video With Email, Calendar Tools

The company will offer new tools after the post-pandemic slowdown.

(Bloomberg) -- Zoom Video Communications Inc. is adding email and calender features to its suite of tools as part of an effort to reverse a post-pandemic slowdown.

The new features are a bid to centralize more work on Zoom’s platform, keeping users on the app throughout the day rather than just to take meetings. The company’s new email and calendar tools, which will be launched in a test version for clients, can be linked with other popular providers like Alphabet Inc.’s Gmail and Microsoft Corp.’s Outlook, Zoom said Tuesday. There’s also a Zoom-hosted email client aimed at smaller businesses without dedicated IT teams.

Persistent team video calls, billed as digital coworking spaces, will also be added to the platform in 2023 along with more advanced artificial intelligence tools, including call analytics and customer-facing chat bots. The updates are being unveiled this week at Zoomtopia, the San Jose, California-based company’s annual user conference.

Zoom’s breakneck growth during the pandemic ended as offices reopened and competition intensified. Sales to consumers and small businesses are expected to decline 7% to 8% this year, Chief Financial Officer Kelly Steckelberg said on an earnings call in August.

The company is responding by parlaying the success of its widely used video service into a suite of productivity tools that more directly competes with Microsoft’s Teams and Salesforce Inc.’s Slack. This includes always-on chat, collaborative digital whiteboards, office phone systems and even physical conference room setups.

Chief Product Officer Oded Gal says that integrating workflows like email onto Zoom is actually a solution to the “toggle tax” of disjointed office software.

“Having it integrated makes it much easier and more manageable for our users,” Gal said. As for Zoom’s other recent additions, Gal said whiteboards and persistent team chat have seen good feedback and adoption.

Gal rejects the idea that Zoom use has gone down as more workers have returned to the office. After all, in-person meetings generally have remote attendees, he said. Hybrid meetings highlight the need of other new Zoom features such as Smart Gallery, which gives in-person participants their own virtual box on the video call, Gal said.

Investors doubt whether Zoom’s platform aspirations will pay off -- the shares have plunged 86% from an October 2020 high. When it reports results Nov. 21, analysts expects declining customer counts and sales growth of less than 5%, a far cry from the quarter after quarter of triple-digit revenue increases that Zoom experienced during the pandemic.