Tony Redmond's Exchange Unwashed Blog
brought to you by 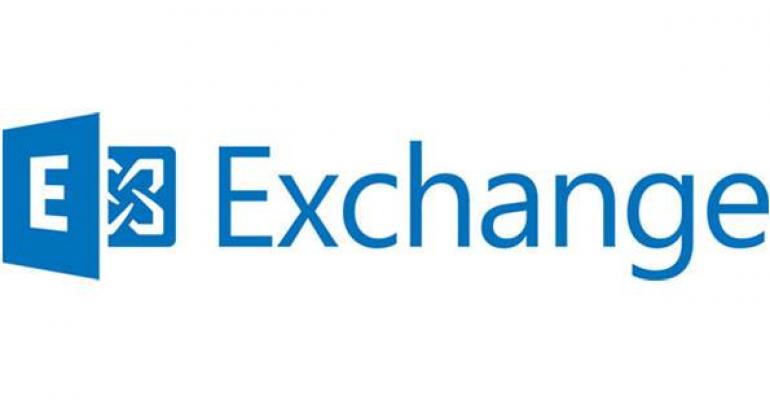 <p>The &quot;dumpster&quot; is the charming name for the place in an Exchange mailbox where deleted items go to fester until they are eventually removed from the database. It&#39;s a feature that has been around since Exchange 2000. Instead of the hidden view used by older versions, Exchange 2010 and Exchange 2013 implement a folder structure under the Recoverable Items root. It&#39;s more complicated because it has to support more than simple deletions. A separate quota is assigned to control the amount of space the Recoverable Items structure can occupy. Sometimes it&#39;s not enough...</p>
Collaboration>Email and Calendaring

Managing the dumpster - setting quotas for the Recoverable Items folder

The “dumpster” has been a feature of Exchange since Exchange 2000 to provide a last-chance opportunity for users to recover deleted items without having to ask an administrator to restore data from a backup. The current implementation, introduced in Exchange 2010, uses a folder structure under the Recoverable Items folder rather than a special database view. Most of the Recoverable Items folder structure is invisible when using clients such as Outlook or OWA, the exception being the \Deletions sub-folder, available to clients through the “Recover Deleted Items” option and used to hold deleted items for the mailbox’s deleted items retention period. The default retention period is 14 days, a value that can be altered on a per-database or per-mailbox basis. For instance, commands to change the deleted item retention period to 30 days for a mailbox or database are:

Deleted items are not charged against the normal mailbox quota. Instead, Exchange assigns a separate recoverable item quota to govern their storage. Two properties are used to control the quota – RecoverableItemsWarningQuota sets a warning limit and RecoverableItemsQuota the actual limit. The default values for these properties are 20 GB and 30 GB respectively. Like the retention period, these properties can be altered on a per-mailbox or per-database basis by running the Set-Mailbox or Set-MailboxDatabase cmdlets.

In the vast majority of cases, the default values for the recoverable items properties are sufficient as the values are set high enough to allow a very large number of deleted items to be retained for whatever period is desired. Attention is usually only given to management of the recoverable items quota when mailboxes are placed on hold.

Exchange 2010 supports retention holds and litigation holds. Retention holds are intended to preserve information for short periods when the user is unable to work with their mailbox, as in the case of a vacation. Putting a mailbox on retention hold essentially stops the Managed Folder Assistant (MFA) applying any retention policies to the mailbox, so mailbox contents are left alone for the retention period.

Litigation, or legal hold, is designed for quite a different purpose. This hold is intended to preserve mailbox contents while the user continues to work with the mailbox. Because legal cases have the nasty habit of lasting for many years, a hold might be in place for a very long time. And because a hold means that Exchange does not delete items from the mailbox, it follows that the Recoverable Items folder swells up with deleted items until the hold is released. Holds (and Single Item Recovery) also force Exchange to enable versioning for mailboxes, meaning that versions of items (other than drafts) are preserved in the Recoverable Items\Versions folder. This is one of the “invisible” parts of the Recoverable Items structure – however, this folder along with the other hidden folders can be seen using the MFCMAPI utility.

Exchange 2013 supports litigation holds as well, but this feature is now superseded by the in-place hold feature. An in-place hold can keep everything in a mailbox and so have the same effect as a litigation hold, but it can also be coupled with a query to precisely identify information of interest for discovery purposes, meaning that only that information is retained rather than other items that pass through the mailbox which are of zero interest for discovery purposes. Although they might be paid for reviewing a note to your auntie asking you to visit, few lawyers will consider such interaction to be of legal significance.

The vast majority of holds used today are litigation holds, which retain everything and can exhaust quotas quite rapidly for mailboxes that are heavily trafficked, such as those used by corporate executives who are often the target for legal discovery.

You can, of course, increase the recoverable items quota for these mailboxes to keep pace with storage demands. In fact, according to an answer in the Office 365 forum, Microsoft monitors Office 365 mailboxes that are on hold and automatically adjusts the recoverable items quota for these mailboxes where necessary. Presumably they do this by following the advice given in TechNet to report statistics for the Recoverable Items folder.

However, bumping up the recoverable items quota on a continual basis is possibly not the best way to manage a mailbox, especially if you want to move it to other databases, which is presumably the reason why Microsoft took the decision in April 2014 to radically increase the quota assigned to the Recoverable Items folder to 100 GB. I bet that the logic was that it's much easier to set the figure higher than lower on the basis that few users will actually reach the quota and that the higher quota will reduce the number of support calls looking for quota increases.

The Mailbox Replication service running on Exchange 2010 and Exchange 2013 servers moves the contents of the Recoverable Items structure along with the rest of the mailbox, but if the mailbox has 60 GB of deleted items along with (say) another 60 GB of mailbox data, it could take a long time to move the mailbox to another database.

Another reason why you might want to clear out the Recoverable Items folder is to provide lawyers with a snapshot of information to review. In either case, Microsoft’s advice on how to clean out the Recoverable Items folder is available on TechNet. It’s an interesting read, if only because the steps reveal some of the complexities of dealing with deleted information that must be preserved for discovery.

The old dumpster was very simple in its implementation and use. The current dumpster is so much more useful, but it’s also more complex too.