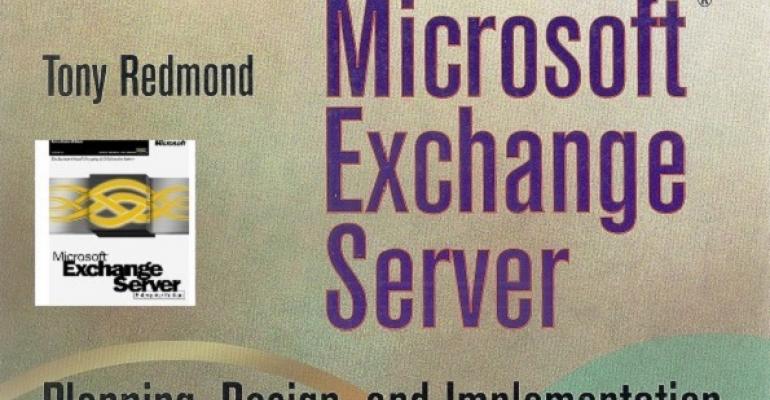 I awoke this morning to a note from Iain McDonald to remind me that it was twenty years ago today that Microsoft approved the release of build 837 of a new product called Exchange Server. After being signed off in March 1996, the formal launch happened the following June. It took time to get the “gold” build sent to manufacturing so that copies could be distributed to customers plus all the ancillary activities such as marketing. Iain knows the story as he was a core part of the team that built and released Exchange 4.0, 5.0, and 5.5 before moving with his boss, Brian Valentine (the first leader of the Exchange team) to ship Windows 2000.

Funnily enough, when I checked the Wikipedia page for Exchange, the authority cited for the release date is a piece that I wrote for the old Windows NT magazine in 1997 to say that Exchange 5.0 was going to smooth the rough edges seen in 4.0. I think that was one of the first articles I wrote for the magazine, which later became WindowsITPro.com when print magazines were replaced by web editions.

In any case, Eight-Three-Seven was a long time coming. Originally promised for availability in 1993, I think that Exchange 4.0 might have set all sorts of records at the time in terms of missing ship dates.  Quality was a problem at times, an X.400 MTA had to be integrated, dependencies on Windows NT resolved. migration utilities provided for different competing email systems, and of course, the chess game had to be created to show off the wonders of public folder replication and “electronic forms”. It was an interesting time with new builds arriving regularly.

In 2012, I joined a team to fight a patent law suit for Microsoft against Google in London. The case revolved around the state of email in 1995 and the UK law firm representing Microsoft recreated a complete Exchange 4.0 (beta) environment as of that date. I enjoyed very much being brought back to the days of the first Exchange “viewer” Windows client, the DOS client (why anyone thought this was a good idea is beyond me), and really slow (and to modern eyes, crude) systems. We have come a long way since.

Twenty years is a hell of a journey. Three major revisions of the architecture, nine major releases, gosh-knows-how-many service packs (five alone for Exchange 4.0) and cumulative updates, zillions of new lines of code written to embrace everything from the Internet (an SMTP connector wasn’t part of the base product until Exchange 5.0) to high availability. Platforms from Alpha to x64 to the cloud and many different clients using anything from POP3 to MAPI to ActiveSync.

I hope Microsoft recognizes Exchange’s 20-year anniversary in some way at the Ignite conference in Atlanta next September. Twenty years since the first Microsoft Exchange Conference (MEC) held in Austin, TX in September 1996, it would be nice to celebrate the people, technology, and experiences accumulated since then.

How long more will Exchange last? Probably as long as email lasts, at least in its current form. Hundreds of millions of people use on-premises and cloud versions of the product today. I can’t see that changing in the short term.