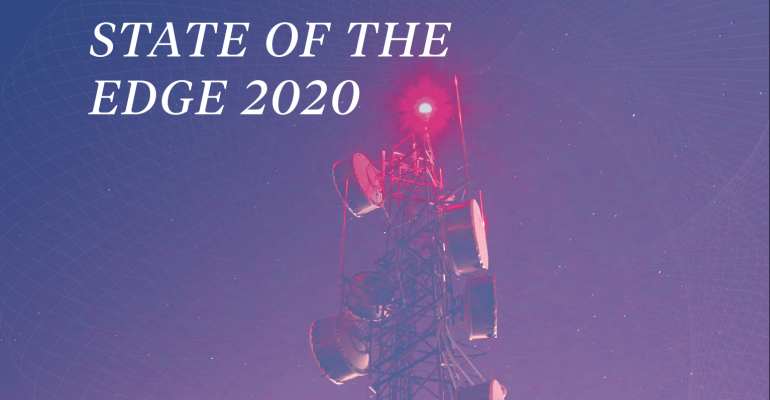 State of the Edge
Cloud Computing and Edge Computing

'State of the Edge,' the Project to Define Edge Computing, Now Part of Linux Foundation

The project was started to define, explain, and quantify an edge computing ecosystem.

LF Edge, the edge-focused project that the Linux Foundation started early last year, is growing. On Wednesday, State of the Edge, an open project to define, explain, and quantify an edge computing ecosystem, officially became part of LF Edge. The Open Glossary of Edge Computing, which had been a stand-alone project within LF Edge, is getting rolled into State of the Edge.

State of the Edge is different from projects under the Linux Foundation's care, as it's not a software project. Founded in 2017 by Vapor IO, Packet (now owned by Equinix), Ericsson's Edge Gravity, Arm, and Rafay Systems, the organization has so far published three major reports, all of which are offered for free under a Creative Commons license.

Although it doesn't involve code or software development, it still functions in much the same way as any open source project, Matthew Trifiro, chief marketing officer at Vapor IO and co-chair of State of the Edge, told DCK.

"The power of open source here is that anybody can contribute," he said. "If there's something in the glossary, for example, that somebody disagrees with, or somebody believes doesn't fully capture the idea, they are able to open an issue, or open or create a pull request in the GitHub repo, and the team of committers on the project will review that pull request and evaluate that."

State of the Edge began with a conversation Trifiro had with Jacob Smith, Packet's co-founder and VP of strategy and marketing, Trifiro said.

"Back in in 2017, Jacob Smith and I were having beers in downtown San Francisco and we were lamenting the fact that there were probably 30 different competing definitions of edge and edge computing," he said. "There was no one authoritative resource where you could go to find out what actually is happening in edge computing in a trustworthy way. We felt that there was an opportunity to bring together a coalition of like-minded companies to pool resources to produce essentially a vendor-neutral organization that would create research that was freely available and issued under a Creative Commons license so anybody can download and distribute it."

The first State of the Edge report was released in 2018 as a 92-page PDF. A byproduct of that report was the 30-page Open Glossary of Edge Computing. The glossary began as a style guide to be used by the six writers of the original report to standardize language issues such as definitions and usage.

In 2019 the project published a shorter, 25-page "Data at the Edge" report that Trifiro called "experimental," and near the end of the year published another full-length annual report, State of the Edge 2020.

According to Trifiro, State of the Edge has four working groups. The most visible of these at present are Research and Pubs, which is responsible for the annual reports and other publications, and the Open Glossary of Edge Computing.

There's also Edge Landscape, tasked with keeping track of edge projects, companies, technologies, and the like, and as well as Edge Taxonomy. Trifiro said the later is "a new group that's still trying to figure out what it's doing," but that its mandate is "to try to organize and categorize all the different components of edge into one logical framework."