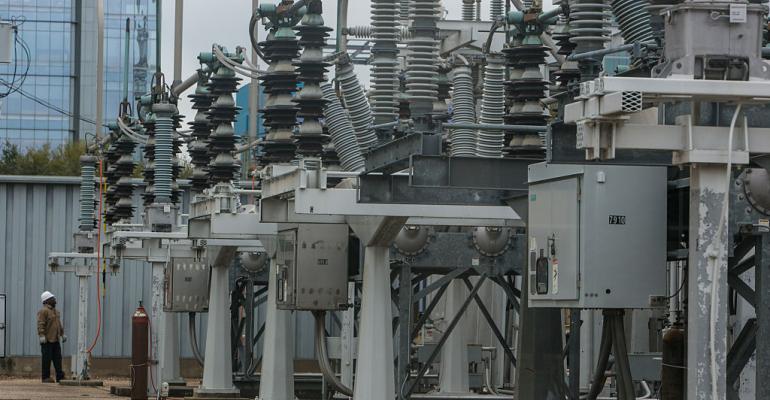 Just How Much Energy Will Edge Data Centers Consume?

An estimate says data centers, including edge sites, will soon use four times the energy all data centers used in 2018. Can it be true?

It was one of the most striking findings of the 2020 State of the Edge Report. By 2028, its authors projected, the total global power footprint of edge IT and edge data centers would be 102,000 megawatts (102 gigawatts).

In the wake of the massive reassessment of priorities likely to follow the novel coronavirus outbreak, municipalities may have even greater interest in investing in both local edge data centers and in the power delivery infrastructure they will require. An edge data center could become the nexus for local government services, first responders, hospitals, and state colleges. Services currently being delegated to the public cloud providers’ hyperscale data centers could be maintained and managed locally — a virtue that suddenly has heightened value in a national emergency.

That is, if the power footprint of edge computing would really be that high. A study of the total energy use by all data centers globally — including enterprise and cloud data centers — published in February in the journal Science, estimated that the existing computing infrastructure consumed some 205 terawatt-hours (TWh) of electricity in 2018.

An estimate of 102GW for the total edge footprint would translate to 893.52TWh of average annual power consumption, according to Jonathan Koomey, one of the Science article’s authors. Koomey, principal at Koomey Analytics, is a former Lawrence Berkeley National Laboratory scientist and one of the leading authorities on data center energy use and its impact on the environment.

Projecting that edge data centers in eight years’ time (assuming a normal global economy) would outpace all other data centers’ energy consumption by a factor of 4.3, sounded “a bit crazy,” Koomey said.

“That being said,” he remarked, “this is a really interesting thing that most people who are thinking about these issues haven’t really thought about.” Energy efficiency, Koomey said, is one of the main design objectives for portable-form factor data centers – ones in shipping container-like enclosures or even smaller, “micro” data centers often used for edge computing deployments.

Some of the smaller units don’t require sophisticated active cooling. But since thousands of them are expected to be deployed in the future and will be managed remotely, vendors have been developing sophisticated remote power monitoring and management capabilities.

One of the main conclusions of the Science paper is that energy efficiency improvements in newer data centers have substantially tamed the growth curve of the industry’s overall energy consumption, even as record amounts of new data center capacity have been added in recent years.

So how did the authors of this year’s State of the Edge report arrive at their estimate?

From there, they estimated how many individual consumers each vertical market addresses. The team then examined the typical use cases for data center services consumption in each of the verticals and estimated how many people use the services. Then they determined which of the use cases would be addressed by edge computing, as opposed to typical enterprise, colocation, and hyperscale cloud facilities. It was a sophisticated workload placement model, Marshall said, distributing workload classes to the types of data centers best suited for them.

“We dimensioned out what each compute infrastructure requirement would be, based on the assumed demand and assumed distribution,” he continued. One example he offered was estimating how much of the mobile gaming workload would end up being handled by servers in facilities near a radio access network (RAN). These could be micro data centers parked next to RANs or inside telco central offices.

Another of the use cases studied was smart cities, according to the report. “The number of connected end-points were initially estimated for each use case,” the report read. “The edge computing demands were then forecasted for each use case based on a variety of factors including: the service demands, maturity, and availability of edge infrastructure.”

The Tolaga team made its power consumption estimates after a careful examination of reference architectures for computing infrastructure supporting each use case, Marshall said.

Tolaga’s methodology would appear to be extremely sophisticated. That 102GW cumulative figure was the end solution to a formula that required thoughtful analyses of the degrees to which each sector of the economy would make use of edge-located infrastructure. Those analyses were then applied to the power systems of edge architectures that have already been built to extrapolate the future power use estimate.

According to the Science article, the estimate is based on data from sources such as Lawrence Berkeley National Laboratory. Since before the turn of the century, LBNL has studied energy trends for the individual components that constitute a data center and their cumulative relationship with one another in deployment. Arman Shehabi, an LBNL research scientist, was one of the article’s authors. The estimate is also based on numbers from Cisco, which since 2011 has studied market trends for enterprise and cloud data center equipment and software.

Importantly, the Science report does not account for edge data centers as they’re described in the State of the Edge report. Its chart shows the cumulative footprint contributions from “traditional” and cloud data centers. It documents the shift in distribution of workloads between those categories between 2010 and 2018. And it shows that the combined energy consumption difference between those two years is remarkably small, accounting for the vastly improved energy efficiency throughout the last decade.

The edge isn’t a thing in the Koomey team’s report — not yet. So, perhaps it’s not time to wholly dismiss the first-of-its-kind attempt to project how much power this whole new type of computing infrastructure that’s just now starting to be built will ask of the planet’s often already overburdened electricity grids.

While skeptical of Tolaga’s projection, Koomey said energy consumption of edge data centers is something to pay attention to. “It is definitely something that is coming,” he told us. “Just like CDNs can help with certain kinds of computing service delivery, [edge] is CDN on steroids. That has the potential to be really important. I just don’t think it’s going to lead to a quadrupling of data center electricity.”

Cloudflare’s Current Expansion Is Different from the Others
Mar 12, 2020