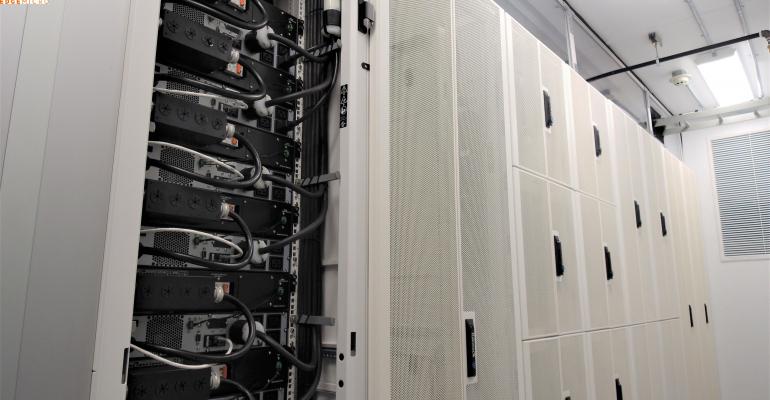 After two years of planning, the startup will deploy data center containers at tower sites in Austin, Tampa, and Raleigh.

EdgeMicro's 20-foot micro data centers that can be carted to a location on the back of a truck are about to start their journey out to the edge.

This week, the Denver-based startup announced that after two years spent getting its ducks in a row it's deploying its first data centers at the feet of wireless towers in Austin, Tampa, and Raleigh. The first two locations will be online by month's end, it said, with the third one "close behind."

The company said it already had tenants for these first colocation deployments -- primarily hyperscalers and content providers, DCK has learned -- with no other particulars made available. Site selection and permitting at 20 additional cities is already in progress, with the expectation of launching them in 2020.

"This is about much more than three sites going live," Jason Bourg, EdgeMicro's VP of sales, said in a statement. "This is about how the EdgeMicro team has partnered with industry leaders to make these MDCs [modular data centers] a critical part of their IT strategies. We are starting with these initial sites and plan to quickly scale to hundreds of locations. People have wondered when the edge would take off. It’s here now, and I’m proud to be working with these customers to make it a reality."

Shortly after the company's launch in 2017, EdgeMicro told DCK it planned to initially deploy 30 such data centers in Tier 2 and Tier 3 cities where latency issues are most critical, indicating it would seek locations at towers that serve over 100,000 people in a three-to-five mile radius. At the time, the company said it planned to deal directly with content providers -- primarily streaming services such as Netflix, Amazon Prime, or online gaming platforms -- rather than with mobile network operators like other startups in the nascent edge data center infrastructure space have done.

After years of product, marketing, and business model design, deployments of small edge data centers have picked up pace this year. Vapor IO, one of the early movers in the space, has deployed edge sites in Atlanta, Chicago, Dallas, and Pittsburgh, with sites in pre-construction phase in 12 more US markets. This morning, Vapor said it would soon launch software-defined network peering exchanges in each of the markets where it's present, starting with Digital Realty Trust data centers in Atlanta and Chicago.

Another startup in the space is EdgePoint Systems, owned by wholesale data center developer Compass Datacenters.

For it's deployments, EdgeMicro is using containers designed to hold up to six racks, with up to 8kW of power available per rack.

"Our edge services allow customers to get closer to the eyeballs with a simple colocation model that reduces risk and eliminates the frustration of site acquisition in locations with existing diverse connectivity," said Eric Bozich, EdgeMicro's VM and general manager.

A previous version of the article said EdgeMicro's containers are based on a design licensed from Schneider Electric, which is not the case. DCK regrets the error.
0 comments
Hide comments
Related