/sites/all/themes/penton_subtheme_itprotoday/images/logos/footer.png
Recent
Featured
IT Pro Salary Survey: What You Earned in 2020
Jul 09, 2021
Cloud Cost Optimization: Best Practices for IT Pros
Jul 15, 2021
PowerShell 101: A Technical Explainer for IT Pros
Jul 14, 2021
Edge Computing in the Enterprise Report
May 28, 2021
News Analysis 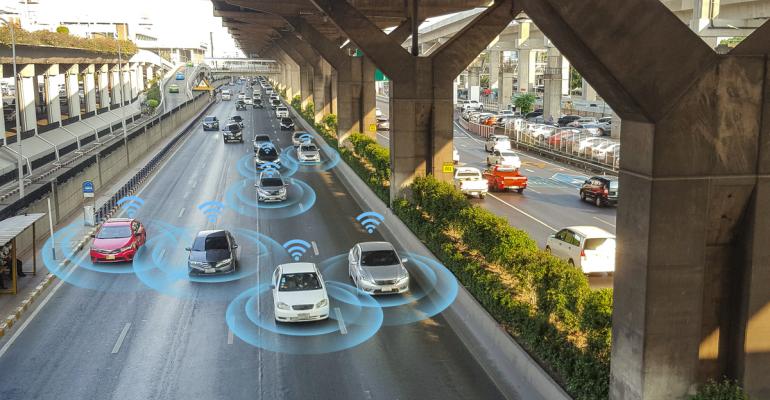 Automakers Race to the IoT and Manufacturing Edge

Thanks to increased demand for internet-connected cars, autos are driving the manufacturing edge with robotics-driven automation during assembly.

According to Red Hat, automakers are all over the IoT and manufacturing edge, including customers such as BMW, Porsche, Volkswagon and Ford.

"Edge computing, to us, is basically everything outside of the data center or the public cloud, which are the traditional IT footprints that Red Hat Enterprise Linux and OpenShift have provided platforms for," Jered Floyd, a technology strategist at Red Hat, said Tuesday during a panel discussion – "From Vehicle to Cloud to Factory" – at this year's second Red Hat Summit.

"This creates a whole new set of opportunities as we move from software-defined infrastructure, software-defined networking, software-defined platforms, to essentially software-defined everything," he added, "bringing in platforms like Linux, Kubernetes and OpenShift. Its use cases span from distributed clusters, to retail locations, to cars themselves, which are becoming the ultimate data centers on wheels."

Most modern cars are built in "manufacturing edge" facilities, using internet-connected robotics and other automation in the manufacturing process, then shipped to the "retail edge," the connected dealerships where they will be sold. The edge connection doesn't necessarily end there, as an increasing number of new cars are connected to the internet while they're on the road, making them a subset of the "IoT edge."

The ever-increasing number of internet-connected cars on the road are part of what Floyd called the "small footprint device edge," a classification that includes centrally administrated servers running common workloads and are essentially treated as appliances.

"This is the case, for example, of the future of the automobile, where you have tens of millions of cars on the road, all being centrally administered with software updates, pushing security updates as well as new functionality on a regular basis," he said.

With tens of millions of cars running Linux and Kubernetes, and needing to connect with nearby edge data centers, hitting the highways in the not-too-distant future, it's not surprising that IBM and Red Hat are paying attention to opportunities in these expanding edge markets – and investing more in the manufacturing edge.

In April, during this year's first Red Hat Summit, Red Hat announced it's working with the product certification and knowledge company exida to create a "continuously certified" version of Red Hat Enterprise Linux specifically designed to run in automobiles. The certification is to be compliant with ISO 26262, “Road Vehicles – Functional Safety”, a safety standard from the International Organization for Standardization that covers electrical, electronic and software components on all road vehicles except mopeds, and addresses product development at the software level and during the multiple testing methods required by the standard.

"We intend to meet that ISO 26262 standard, which involves both technical certifications and technical work, as well as process certifications about how Red Hat builds software and that assures that the software does what it is we intend for it to do," Floyd said at Tuesday's Red Hat Summit panel discussion.

He said that the ISO certifications cover much more than making sure the software is stable, not prone to failure and hardened against hackers.

"Just the backup camera in your car is a safety-related use case," he said. "There are requirements that the backup camera view appears on your screen within, say, 50 milliseconds of shifting into reverse gear. It's a critical safety feature in case someone or something's behind your car.

"Also, the instrument cluster tell-tales, the little gearshift indicator, for example, or the light that lights up to let you know that there's something wrong and you need to have your engine checked out, those are also considered safety related capabilities. That means that there needs to be some assurance that when that state chain changes, that it's visible to the driver."

A Growing Interest in the Internet-Connected Cars Space

The software must also be able to adapt to the rapid advancements that are anticipated in the automotive world and at the manufacturing edge.

Red Hat isn't the only organization seeking to find a place in this space, nor is it the first. In 2012, the Linux Foundation announced its Automotive Grade Linux project, which is supported by automakers, suppliers and technology companies to build a Linux-based automotive platform it's hoping will become "the de facto industry standard."

In addition, the Germany-based Linux company SUSE has partnered with Elektrobit, another Germany-based company that supplies embedded and connected software products for the automotive industry. The two firms produce an embedded automotive Linux distribution based on SUSE's Linux distribution called EB corbos Linux. Initially, the software was being marketed to EU automakers, but in April the two companies announced they were expanding their reach to include automakers in China.