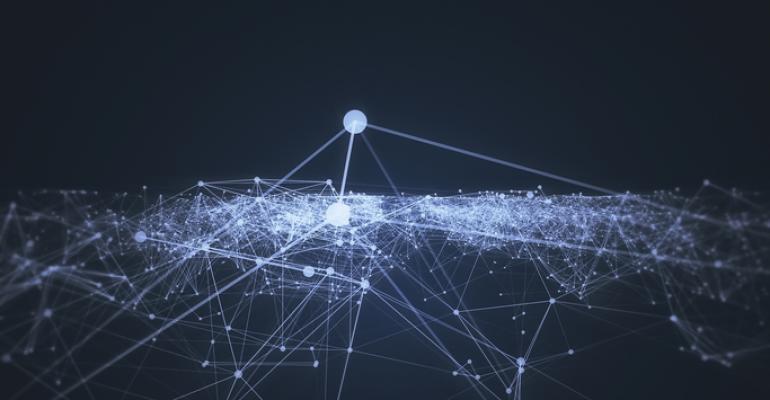 With so many mobile devices and sensors now connected to the internet — and relying on artificial intelligence — more people and companies need their computing power close to them. That’s going to hand a huge opportunity to wireless carriers, which are building fast 5G networks to handle the task. And create a threat for the dominant cloud-computing players.

With more more than 100 giant data centers worldwide, they rent out computing power to all manner of customers, making billions of dollars along the way. In fact, cloud computing has done more to fuel Amazon’s earnings in recent years than its e-commerce business.

But there’s a threat looming on the horizon, quite literally at the edge of the network. With so many mobile devices and sensors now connected to the internet — and relying on artificial intelligence — more people and companies need their computing power close to them. For everything from fast analysis of road conditions to streaming holographic concerts, remote data centers are just too far away.

That’s going to hand a huge opportunity to wireless carriers, which are building fast 5G networks to handle the task. And create a threat for the dominant cloud-computing players, according to telecom analyst Chetan Sharma.

“Over time, cloud will be primarily used for storage and running longer computational models, while most of the processing of data and AI inference will take place at the edge,” said Sharma, who just wrote a report on the topic sponsored by software provider AlefEdge Inc. He pegs the size of this so-called edge-computing market at more than $4 trillion by 2030.

Wireless carriers and the owners of cell towers have a big advantage in the edge-computing race: Not only do they control access to high-speed telecommunications networks, they have valuable real estate, such as tens of thousands of cell sites all over the country.

Cloud computing isn’t going away by any means. But there’s more pressure on the industry’s Big Three to team up with wireless carriers, so they’re not left out of the burgeoning edge market.

“The big players realize that at a minimum they need to partner up with operators to get access to their real-estate property,” Sharma said.

Amazon and Google declined to comment on their plans.

“This is one that takes a village.”

“The networks are essentially themselves becoming a cloud,” said Steve Canepa, IBM’s global managing director for the telecom industry. “The telcos today have a point of presence at the edge, and that becomes a great place to have an extension of the platform.”

Cloud providers in China — such as Alibaba Group Holdings Ltd. and Tencent Holdings Ltd. — invested in carrier China Unicom two years ago. And more such investments and partnerships could be coming, Sharma said.

For other tech companies, including chipmakers like Intel Corp., the hope is the shift leads to a bigger opportunity for everyone.

“We see a rapid convergence between the cloud providers and connectivity providers,” said Caroline Chan, a general manager at Intel. “In our view, it’s a bigger pie.”

Other telecom players are angling to team up with both carriers and cloud providers. Crown Castle International Corp., which owns fiber lines as well as more than 40,000 cell towers in the U.S., is in talks with the two camps, said Paul Reddick, a vice president at the company.

Crown Castle also is an investor in startup Vapor IO, which is deploying edge computing this year in six metro areas, including Chicago.

“I would say this is one that takes a village,” Reddick said.

Other projects are already well underway. At CenturyLink Inc., about 100 facilities that used to store telecom equipment are now outfitted with servers. And it’s making them available to corporate customers in sectors like retail and industrial robotics.

“We’ve already sold these facilities to a number of customers that need to get that compute closer to the network edge,” said Paul Savill, a senior vice president at CenturyLink. “We’ve seen enough activity in this space that we can confidently build out this infrastructure.”