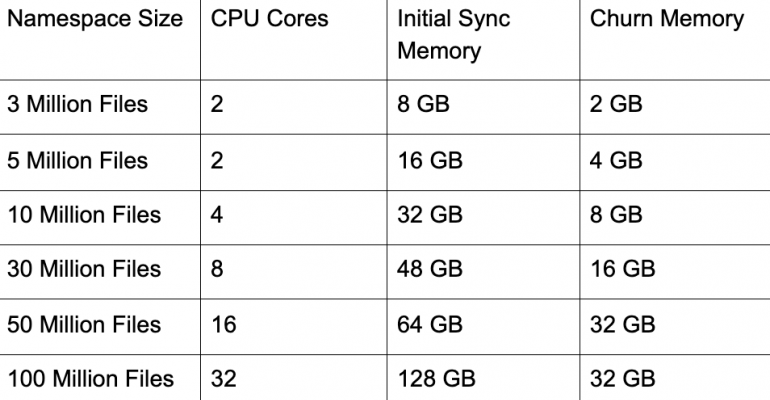 Here are some tips on how to properly size the Azure File Sync server to ensure effective performance.

Before you can determine the resources that need to be allocated to an Azure File Sync server, you will need to be familiar with the concepts of server endpoints and sync groups.

A sync group is the mechanism that tells Azure File Sync what to synchronize. A sync group might form a sync relationship between, for example, an Azure file share and a server endpoint.

When it comes to planning for Azure File Sync, it is important to understand that a single Windows file server can have multiple server endpoints. It could be that an administrator simply chooses to synchronize some folders, but not others. It is also possible that the server includes multiple volumes, each of which are being synchronized.

The reason why this distinction is so important is because the calculations used in determining the resources needed for an Azure File Sync server are based on the number of files and directories that are being synchronized. To determine this number, you will have to determine the number of files and directories associated with each server endpoint and then add those numbers together. The number that you come up with is known as the namespace size.

Microsoft provides a chart detailing the number of CPU cores and the amount of memory that an Azure File Sync server will need based on the total namespace size. However, the hardware requirements are not quite as straightforward as one might suppose.

Part of the reason for this is that the initial synchronization process consumes more memory than ongoing day-to-day operations typically do. In the case of a namespace with 3 million objects, for example, Microsoft estimates that the initial synchronization will require 8 GB of RAM, but subsequent use will require only 2 GB of memory. This 2 GB of memory helps to accommodate churn stemming from the normal creation, deletion and modification of files.

Here is a table of Microsoft’s recommendations:

One thing to keep in mind as you look at the table above is that these values are not absolute. There are factors that could require an organization to allocate additional resources to its Azure File Sync server.

The first of these factors is the rate of churn. Microsoft’s numbers are based on a churn rate of 0.5% per day. This number refers to the namespace size (with regard to the number of files and folders), not the volume capacity. For example, a namespace with 5 million files and folders and a 0.5% churn rate might expect to see 25,000 changes per day to the namespace. Churn primarily impacts CPU usage, so if you are anticipating a higher churn rate you might consider adding some extra CPU cores.

So, as you can see, the chart shown above can give you a ballpark estimate of the Azure File Sync server’s hardware needs, but significantly more memory and CPU cores may be required depending on how many files you are syncing, how large those files are, and what kind of churn rate you are experiencing.