/sites/all/themes/penton_subtheme_itprotoday/images/logos/footer.png
Recent
Recent
Transitioning IT Careers: How (and Where) to Stand Out Right Now
Jan 24, 2022
How ITOps and Site Reliability Engineer Roles Differ
Jan 24, 2022
Harness Opens Up CD Platform with Source-Available Edition for DevOps
Jan 20, 2022
Who Needs – or Doesn’t Need – AWS Fargate?
Jan 18, 2022
Featured
3 IT Operations and Management Trends to Watch in 2022
Jan 04, 2022
2022 AI, Machine Learning and Data Trends to Watch
Jan 19, 2022
3 Cloud Computing Trends That Will Impact IT Pros in 2022
Jan 03, 2022
What Is Serverless Computing?
Dec 13, 2021
Technical Explainer 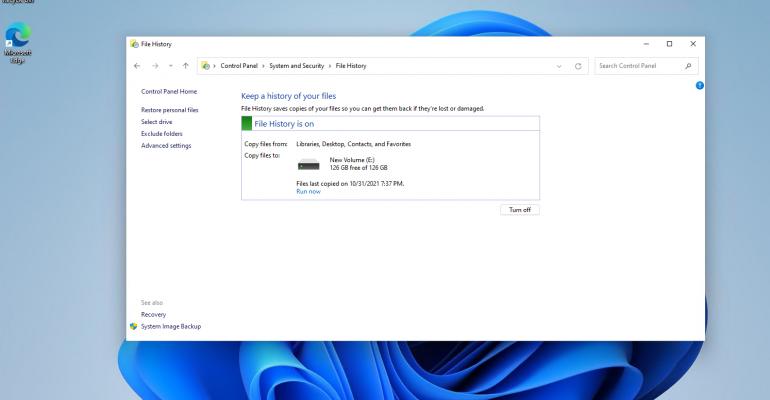 What You Need to Know about File History in Windows 11

Windows 11 does not expose File History through Windows Settings, which will affect organizations' ability to add custom folders. 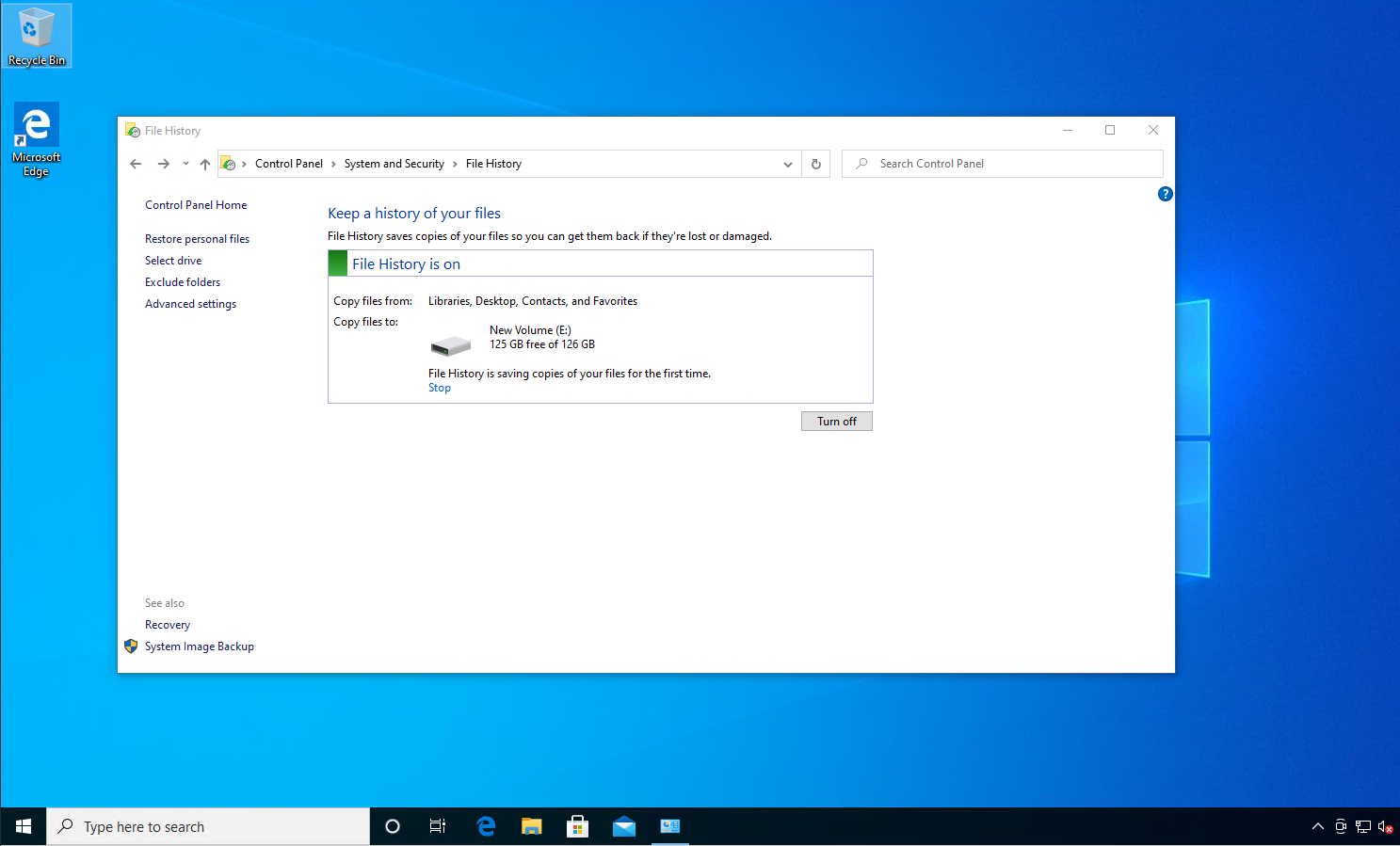 These are the File History settings in Windows 10. 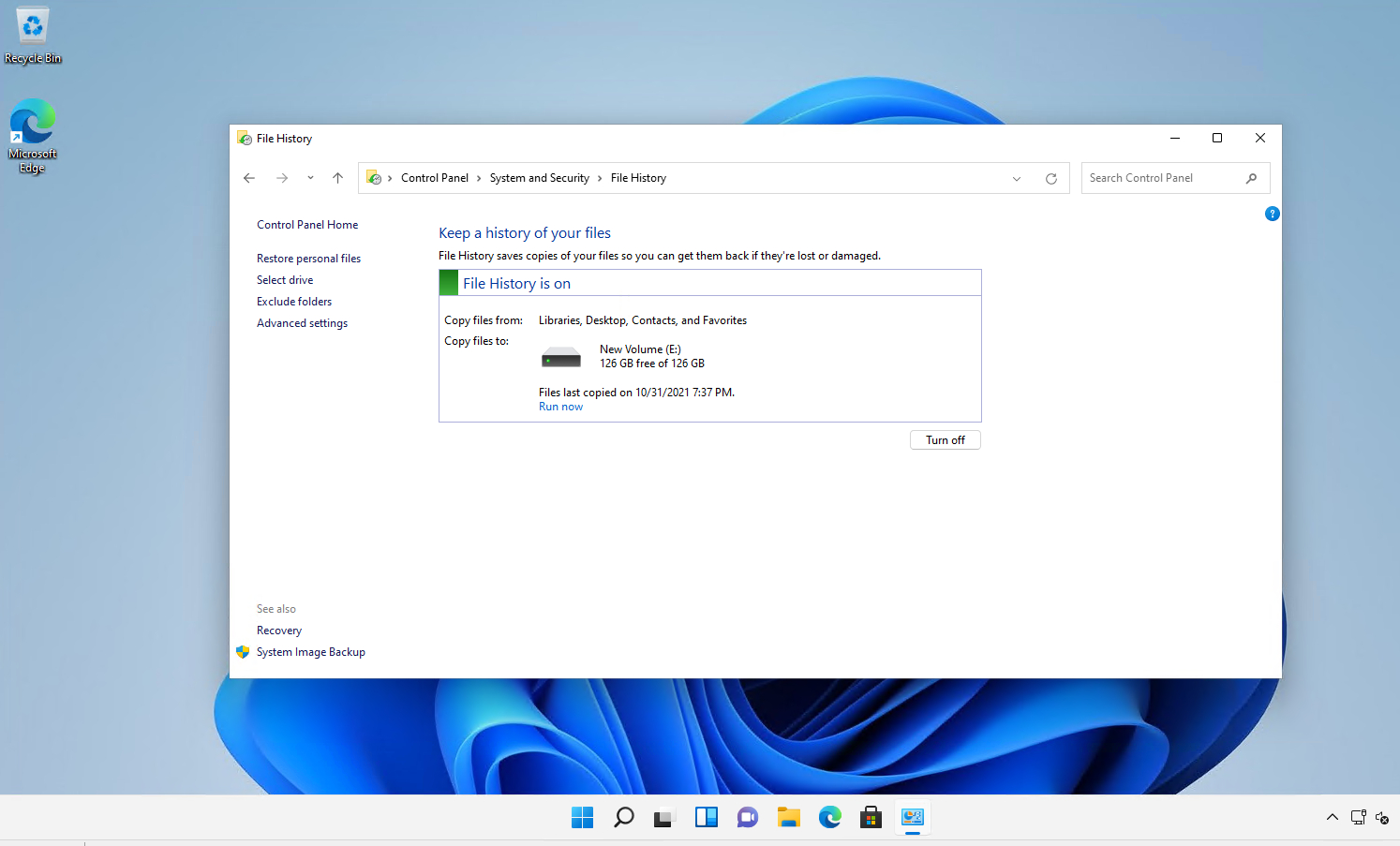 These are the File History settings in Windows 11.

As you compare the two screen captures, you will see that they are nearly identical. Both the Windows 10 and Windows 11 implementations of File History include the Restore Personal Files, Select Drive, Exclude Folders and Advanced Settings options.

It’s entirely possible that the missing Add a Folder feature in Windows 11 is an oversight on Microsoft’s part. Perhaps the feature was omitted by mistake and will reappear later on once a patch has been applied. However, the opposite is also possible.

In Windows 11, Microsoft made a concerted effort to revamp Windows Settings in a way that would make individual settings easier to locate and greatly reduce the need for using the legacy Control Panel. The fact that Windows File History is exposed through the Control Panel, but not through Windows Settings, makes me wonder if Microsoft considers Windows File History to be a legacy component and is gradually phasing it out in favor of something else such as OneDrive sync.

As I prepared to write this article, I was unable to find any sort of definitive statement from Microsoft regarding its plans for Windows File History. However, I did find a number of discussion board posts from a few years ago positing that Windows File History was being deprecated.

This, of course, raises the question of what an organization can do if it depends on being able to back up custom folders using Windows File History. My first instinct was to recommend creating a PowerShell script. Unfortunately, that doesn’t really seem to be a viable option.