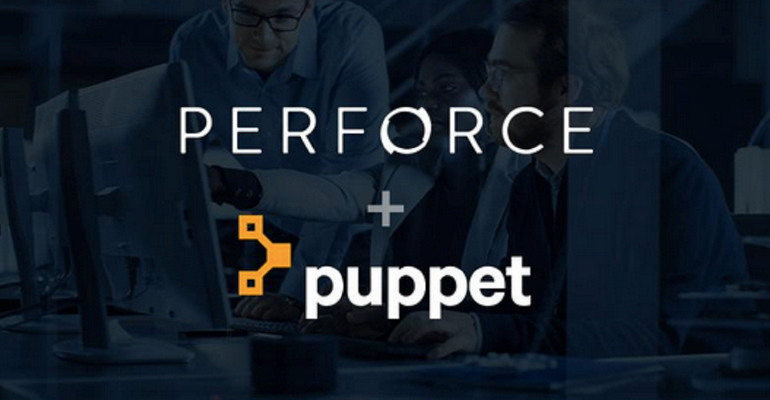 Perforce
IT Operations and Management>DevOps

Perforce Software announced on April 11 that it is acquiring DevOps pioneer Puppet. Financial terms of the deal are not being publicly disclosed.

Founded in 2009, Puppet has raised $189.5 million in funding over the last decade to build out its DevOps infrastructure automation capabilities. The company was an early entrant in the DevOps space, helping to pioneer some of DevOps' foundational concepts, including configuration as code, as well as automation for common processes. Puppet and its technology are often compared with Ansible, which Red Hat acquired for $150 million in 2015, and Chef, which Progress Software acquired for $220 million in 2020.

"The business model of Puppet compared to its product competitors has drastically shifted and changed over time, with Puppet specifically focusing on serving up infrastructure automation and compliance to some of the largest companies, governments, and institutions on the planet," Perforce CEO Mark Ties told ITPro Today. "Given Perforce's focus on serving a similar customer base and the evolution of DevOps in general, we see an incredible opportunity for us to grow together and more quickly under the same roof."

Why Perforce Is Acquiring Puppet for DevOps Infrastructure Automation

Perforce has been busy in recent years building out a portfolio of software development and DevOps technologies.

In 2019, Perforce acquired Rogue Wave, which is the vendor behind a host of technologies, including PHP backer Zend Software and open source services provider OpenLogic. In 2021, Perforce acquired the Blazemeter continuous testing technology from Broadcom.

Ties explained that within Perforce, Puppet will be run as a business unit delivering Puppet-branded infrastructure automation technologies alongside other DevOps business units within the company.

"Our companies will continue delivering the products and features that enable our customers to continuously deliver, make compliant, remediate, and manage hybrid-cloud environments," he said. "The combined team is committed to continuing to set the standard for delivering and managing infrastructure estates predictably at scale. This includes support of the community that has made Puppet the leader in infrastructure automation.

"Puppet is a strong fit with Perforce as it augments the Perforce portfolio with new capability for enterprise DevOps teams to manage and secure their critical infrastructure," Ties said. "The combined portfolio allows us to continue its focus on DevOps at scale and solve some of the hardest automation challenges in the world's largest enterprises."

What's Next for Puppet at Perforce

Puppet and its community have brought new organizational processes and technologies to infrastructure and operations teams, according to Ties.

"Puppet pioneered what is now known as infrastructure as code and spearheaded effective practices for DevOps that flourish today," he said.

Currently, Puppet automates many stages of the infrastructure management lifecycle, including provisioning, patching, configuration, and management of the operating system and applications components in data center and cloud infrastructures, Ties said. Looking forward, he expects that as part of Perforce, Puppet will continue to innovate and provide services to help DevOps teams. He is also hopeful that Perforce will be a good steward for Puppet in the open source community.

"Perforce also has a history in the open source community with OpenLogic and Zend product lines," Ties said. "The company looks forward to expanding its open source presence through active engagement with the Puppet community with this acquisition."