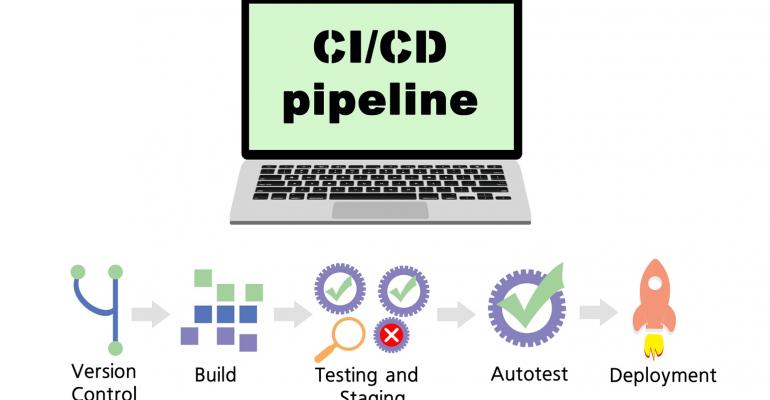 Oracle is now pushing out its OCI DevOps service as an integrated CI/CI workflow capability, providing build, test and deployment in the cloud for developers.

Oracle is looking to grow its cloud platform by making it easier to build and deploy applications, thanks to a new continuous integration/continuous deployment (CI/CD) feature that is now part of its OCI DevOps Service.

Oracle Cloud Infrastructure (OCI) has a number of services, among them is the OCI DevOps service, which Oracle has incrementally built out over the past year. On Dec. 14, the company announced a series of milestones for the DevOps service as well as the general availability of multiple features.

Jonathan Schreiber, senior principal product manager at Oracle, told ITPro Today the initial release of the OCI DevOps service took place at the end of June. At the time of the launch, the service enabled users to automate deployments from existing build systems such as GitLab Jenkins and GitHub Actions. The service has now been expanded to enable developers to commit code to an OCI-hosted DevOps code repository, and build, test and then deploy the code on OCI, Schreiber said.

The DevOps workflow is one that involves multiple steps and often multiple tools.

The first step, according to Schreiber, is often at the integrated development environment (IDE) level. The IDE can be any that the developer wants, including an Oracle IDE like NetBeans. From the IDE, the developer commits code to a repository that can now be in OCI, or it could be in a private or public repository on GitLab, GitHub or Atlassian's Bitbucket.

As a full OCI offering, the DevOps services are now integrated with all the core services in OCI, including security, Schreiber said.

An often challenging part of the DevOps process is managing “secrets,” which include passwords and access tokens for services. As part of OCI, the DevOps service integrates with the OCI Vault, which provides a secured location for the management of secrets.

Additionally, Schreiber noted that OCI enables governance over deployments, to help keep data within a certain region or geography. The provenance of a release is also governed with the OCI DevOps service as every step in the build, test and release cycle is tracked, which provides audit capabilities.

"We're excited to add more security and secure-by-default options for customers into our DevOps platform and service and continue just to make it easier for customers to secure CI/CD pipelines," Schreiber said.