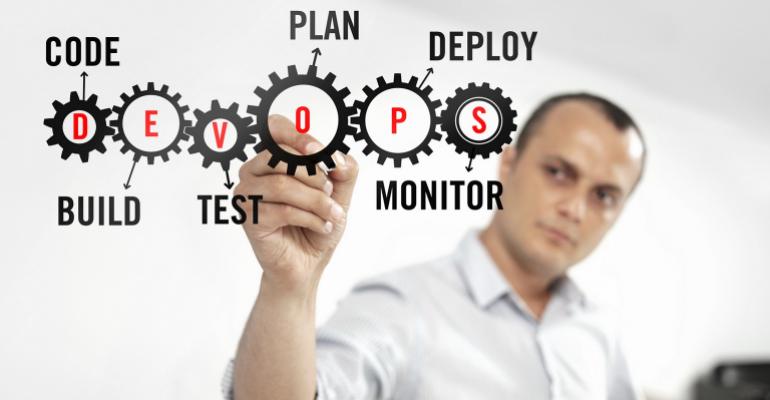 How to Move from IT Operations to a Career in DevOps

There are two big reasons to transition from ITOps to a career in DevOps: money and more dynamic work. Here are tips for making that IT career move.

IT operations is by no means a bad field to work in. But today, much of the glamor lies in the discipline of DevOps, the concept that has transformed the way IT organizations work over the past decade.

This means that, if you are currently an IT operations engineer, extending your skill set so you can work in DevOps is a great way to advance your career. It’s also not particularly hard to make the transformation, given that IT operations is one (but not the only) area of expertise required to do DevOps.

This article explains why IT operations engineers might want to pivot to a career in DevOps, and how they can do so.

Similarities and Differences Between ITOps and DevOps

IT operations and DevOps are closely related fields. Engineers in both roles are expected to help with tasks such as:

The main difference between IT operations and DevOps is that the responsibilities described above represent an IT engineer’s entire job. But they account for only part of a DevOps engineer’s job description.

In addition to assisting with IT operations work, DevOps engineers are also expected to be heavily involved in processes related to software development. The extent to which DevOps engineers actually write application code may vary from one job to the next, but DevOps specialists are expected to have, at a minimum, a thorough understanding of coding and software engineering.

DevOps engineers must also understand how processes such as source code management, continuous integration and software test automation work. These are all central components of modern software development chains.

The reason why DevOps engineers need expertise in software development processes as well as IT operations processes, of course, is that the core purpose of DevOps is to unify development and operations. The DevOps concept was popularized starting in the late 2000s as a means of achieving better collaboration and coordination between development teams and IT operations teams, who historically did not work closely together – and who sometimes ended up working at cross purposes as a result.

Why Move from ITOps to a Career in DevOps

For IT operations engineers, there are two main reasons to consider learning the additional skills required to perform DevOps work.

The first is money. The average salary for a DevOps engineer is currently around $105,000, compared to under $70,000 for IT operations engineers. That’s a pretty steep difference.

The second, related reason to consider a pivot to DevOps is that the field is simply more dynamic (which is part of the reason why DevOps engineers are paid more, because businesses see them as leaders in change and innovation). Although IT operations positions are not going to go away anytime soon – companies will always need roles dedicated to managing software and infrastructure – the work that IT operations engineers perform is by many measures more mundane and predictable.

As an IT engineer, you’re probably not going to get to help design your company’s next cool application, for example, or play a leading role in migrating to a new cloud architecture. Instead, you’ll likely spend much of your day staring at monitoring dashboards and ticketing systems, then fixing issues as they arise.

There’s certainly nothing wrong with doing that. But DevOps engineers typically get to do more exciting things, partly because DevOps is seen as a source of innovation and partly because the DevOps role is simply broader.

So, if you want to make more money while doing things that are likely to feel more interesting and innovative, transforming yourself into a DevOps engineer is a great way to do it.

How IT Engineers Can Learn DevOps

There is no specific playbook to follow or course to take if you’re an IT engineer who wants to transition to a career in DevOps. But there are a number of things you can do to help you make the leap.

As an IT operations engineer, you probably have some familiarity with coding, especially in the context of using scripting languages to automate IT administration tasks. But to do DevOps, you’ll need to gain expertise in coding for application development, too.

Consider teaching yourself languages commonly used to write applications, like Java or C. Familiarize yourself, too, with tools used to manage large codebases, like Git.

Even if you work in an organization that uses continuous integration/continuous delivery (CI/CD), you likely don’t participate in most CI/CD processes as an IT engineer. Your job is limited to what happens at the end of the CI/CD chain, when code is deployed into production.

But to do DevOps, you’ll need to master the entire set of CI/CD processes. One way to do that is to experiment with CI/CD platforms: Practice building, testing, deploying and then updating code using a CI/CD suite.

Get a DevOps certification

A great way to learn DevOps, as well as demonstrate your mastery of it, is getting a certification in the field. Many certifications are paired with training courses that will teach you specific DevOps skills, and having a DevOps certification from a well-known organization will help you convince managers and employers that you actually know DevOps.

As an IT engineer, you may or may not make use of code-based configuration tools, such as infrastructure-as-code (IaC) platforms. But you’ll almost certainly be expected to use these types of tools to automate DevOps processes.

For that reason, educate yourself in the everything-as-code phenomenon, and learn the tools that go along with it. The greater your ability to manage all systems and processes using code, the better suited you’ll be to excel at DevOps.

For IT operations engineers, learning DevOps is an obvious way to advance career-wise, while also performing more dynamic tasks. It’s also pretty easy to do, as long as you think strategically about how to extend your foundational IT operations skill set into a DevOps skill set.