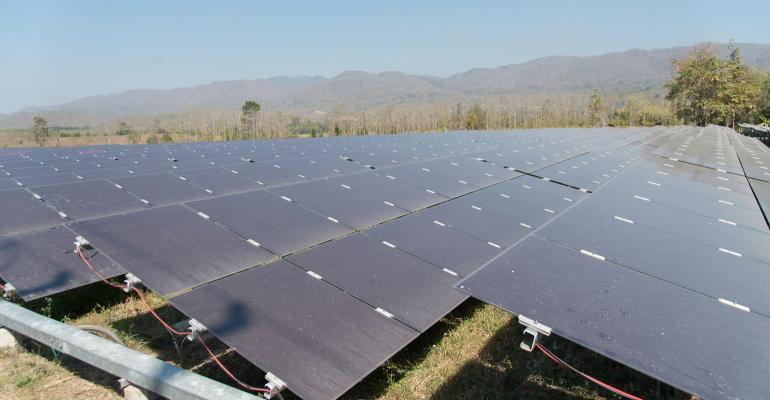 The developer of community solar farms scaled up software development through Copado's platform.

Faster feedback and incremental changes throughout the DevOps cycle helped BlueWave Solar improve its pace of software delivery from monthly to daily iterations. The alternative energy scene continues to expand with solar power finding its way into more parts of the grid. BlueWave Solar, a community solar developer and servicer, acquires land to develop community solar farms and procures customers to subscribe to these resources, says Jeff Battles, senior director, product management. When the company wanted to tighten up its software development and deployment, he says Copado’s platform met a variety of needs.

BlueWave’s customers, which includes other businesses, typically do not have access to solar power on their own, Battles says. Currently the company has more than 3,000 subscribers, focused in Massachusetts and New York, who tap into some 135 megawatts of power from solar farms.

Billing, customer acquisition, customer service, and subscription management for BlueWave are handled through the Salesforce platform. Battles says the use of Salesforce allowed the company to rapidly iterate and grow initially but there was room to be more efficient. “We were managing all of our code, deployment, and change tracking in GitHub but none of that configuration or low-code development was managed in GitHub,” he says.

There was also a desire to tidy up the internal IT landscape a bit, sorting out the development environments between team members, Battles says. BlueWave wanted more structure and visibility, he says, to changes being made to software on the configuration side. Prior to adopting Copado’s platform, BlueWave released software on a monthly basis, he says. This typically included a big build-up, deployment changes, and then dealing with any issues that arose. “There was a lot of complexity going into our production environment at once,” Battles says.

The company looked at different approaches to introduce a DevOps process to the cycle; this included options such as Flosum and Gearset before making a final decision. “What we liked about Copado is that it was contained within the Salesforce platform,” Battles says, which gave it a degree of familiarity. The Copado platform also offers integration with GitHub, which BlueWave used at the time for code changes. The compatibility let the company track configuration changes within GitHub as well. Battles says Copado also lets his company back-deploy changes that one developer makes into another developer’s sandbox to eliminate conflicts.

“It also unlocked the ability for more citizen development,” Battles, says, a trend where users within an organization who are not part of a tech team create or modify apps even though they do not report directly to the IT leadership. “Oftentimes, those people are closer to the business problem that they are facing,” he says. Citizen development can also free up technical team members to focus elsewhere, Battles says.

The ease of using the Salesforce platform for low-code and no-code changes, he says, helped open the door for such citizen development. That way staff trained on Salesforce could make changes to applications, then let the dedicated tech team review those changes, ensure they make sense, and then deploy them to production.

The adoption of Copado in late 2018 increased deployment at BlueWave to several times per day, Battles says, with smaller changes made more frequently.

Salesforce is a prevalent platform for transformation, says Andrew Leigh, senior vice president of marketing and alliances at Copado, but initially there were no DevOps tools specifically designed for it. He says Copado was built to address that need. Other brands that use Copado include Volkswagen, Coca-Cola, Boston Scientific, and John Hancock, he says. “These are companies building digital transformation strategies on the cloud.”

Challenges such organizations face in digital transformations include developing delivery processes at a scale that has never been done before on the cloud, Leigh says. A platform such as Copado, he says, can automate their entire continuous integration and continuous delivery process specifically for Salesforce.

As more companies invest in digital transformation, Leigh says they might struggle getting best practices in place to get their projects out of the planning stage and into hands of users to have real market impact. Such transformation may be even more critical now, he says, with many companies operating with remote workers and the customer experience changing under the impact of the pandemic. “Every one of our customers is trying to adapt to a new market that changes daily,” Leigh says.

Looking farther ahead, he says many organizations want more than just automation of their development cycle to make digital transformation work. There is a growing need for visibility and governance over transformation projects. Leadership, experience, and best practices will outweigh generic tools. “Technology itself is not enough,” he says.

5 Reasons Not to Use Kubernetes Distributions
Jun 05, 2020