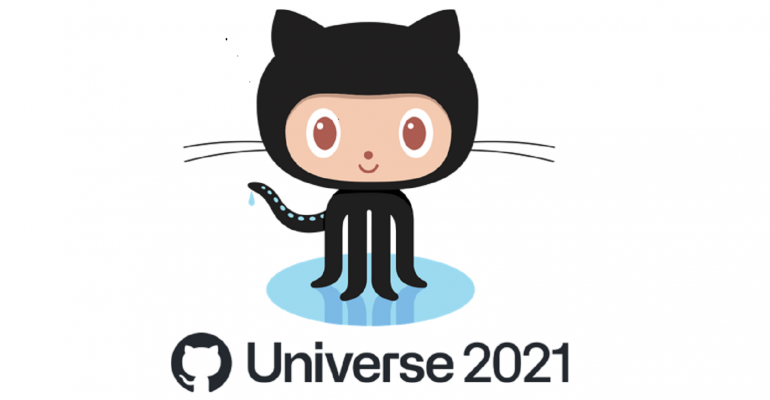 GitHub, which is a Microsoft business unit, also used the event as an opportunity to update developers on the progress it has made with some of its experimental features, notably Copilot. GitHub Copilot uses artificial intelligence to suggest code snippets and functions to developers to help complete an application.

"As I start a new function, Copilot shows me a suggestion to complete my function,

and it's exactly what I needed," Brian Douglas, GitHub's director of developer advocacy, said during a demo as part of the opening keynote. "Since we started, 30% of all code written by early adopters come from Copilot suggestions."

While Copilot is among the most hyped new features that GitHub is previewing, the platform is regularly updating a staggering number of items.

Among the 20,000 improvements that Dohmke said GitHub has made over the past year is the ability to more easily navigate large markdown files by adding a table of contents.

Another key improvement is the addition of buttons that enable developers to copy code blocks directly from code documentation files. Merging files from different development branches has also been enhanced with the ability to batch multiple requests at the same time with full testing.

In addition, GitHub enhanced its Codespaces collaborative integrated development tool that was first announced at the GitHub Satellite conference in May 2020. Among the new Codespaces enhancements is the ability for developers to manage an environment via a REST API as well as directly with Secure Shell (SSH) access.

One of GitHub's key products is its Enterprise Server, which enables organizations to run their own private instances of GitHub. During the keynote, Maya Ross, senior director of product management at GitHub, detailed a number of new capabilities that are in the new GitHub Enterprise Server 3.2 update.

Among the new features is a continuous deployment capability that is enabled by the GitHub Actions automation platform.

"You can now deploy to staging and then production all with one workflow," Ross said. "You can even require approvals before making deployments."

Ross also explained how security has been improved in GitHub Enterprise Server 3.2. The GitHub secrets scanning technology will scan code to identify if an organization's credentials have been left exposed and publicly accessible, she said. There is also a new unified security dashboard that provides an overview of the security status of all of an organization's GitHub development project.

Another new Enterprise Server feature is the ability to automatically generate release notes after new code is made available. So instead of a developer needing to manually assemble the release notes, all the details of the code that has been merged as well as the names of the persons who contributed to the code are automatically collated.

According to GitHub CEO Nat Friedman, the overall goal of all the updates is to make it easier for developers to get things done.

"At GitHub, the developer is at the center of everything we do," Friedman said. "We believe deeply in the power of developers to create a better future through the software they build."