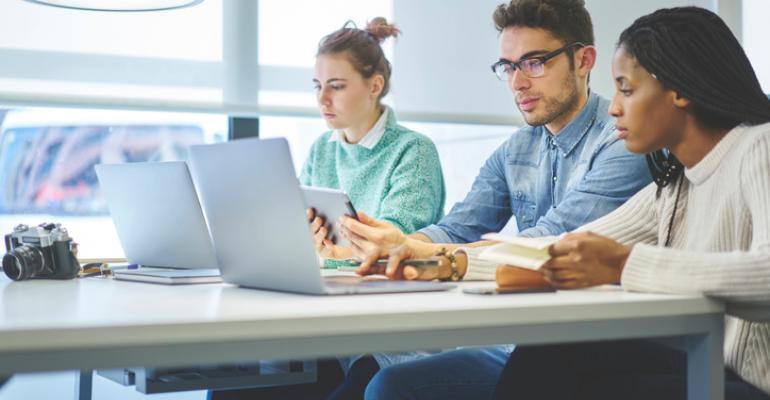 DevOps Methodology Gets High Marks from Developers, But Progress Lags

While DevOps methodology has support from developers, the pace of change inside companies can be slow, according to a study by GitLab.

DevOps methodology makes a lot of sense to many developers and enterprise IT executives who see it as making software development more efficient and agile, but it remains only in early adoption stages across a wide range of companies around the world

That's one of the top conclusions from a new global survey that asked some 5,300 developers, CTOs and IT professionals about their experiences with DevOps methodology in their workplaces. The second annual 2018 Global Developer Report, which was sponsored by software development provider, GitLab, found that while DevOps practices are generally regarded highly, they are not being implemented quickly by a majority of organizations.

According to the study, only 35 percent of the respondents said they have a somewhat established DevOps culture, while only 23 percent even described their development method as DevOps. Many development teams have still not fully adopted a DevOps workflow and 55 percent of the developer respondents said they are still using at least five tools to complete the development process. Also revealed by the report is a lack of consistency among developer, operations, security and product teams, with 25 percent of developers reporting they don't have visibility into what their colleagues from those teams are working on at any given time.

Some 65 percent of the respondents said they see DevOps methodology saving them time during the development process, while 29 percent said they plan to invest in DevOps in 2018.

Among the other key findings of the study are:

Ashish Kuthiala, the director of product marketing and sales enablement at GitLab, told ITPro Today that he was surprised by the disconnect revealed in the survey between immediate managers and developers.

"Developers in general wake up every day and want to do innovation … and deliver it to customers," he said, while managers want them to reach goals which could play havoc with the application stability developers strive to achieve. "The disconnect that I saw here is that they differ on what they think about the methodologies and tools that should be used."

In large organizations, that can be difficult, said Kuthiala, because its hard "to let people use whatever tools they want to use due to security and maintenance issues and more. It makes managers very nervous. They are responsible at the end of the day to standardize and that creates a gap between them and what developers think is the best way to get the job done."

The lag in adopting DevOps policies inside many organizations also is a surprise, he said.

"Developers really want to adopt it, but they realize they have not fully gotten there yet," he said. They understand there are still struggles."

One reason for the delays, according to Kuthiala, is that many organizations are still relying mostly on proprietary applications, while most developers want to be able to use whatever tools they need, including a healthy dose of open source offerings.

"Open source allows developers to contribute to help applications get better," while allowing them to push features they need in their jobs, he said. "It gives developers the opportunity to take applications into the directions that they want. They can't do that with proprietary software."