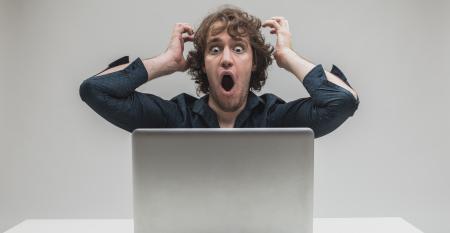 Security and Data Privacy Reinforced in Web Browsers
May 31, 2019
As enterprises and users become increasingly concerned about who can access their data and why, tech's browser...

Google’s Chrome Becomes Web ‘Gatekeeper’ and Rivals Complain
May 28, 2019
Google’s dominance of the browser market -- and the underlying technology tools -- gives the company far-reaching control over how the web works, and who gets to create new ways of accessing it.

Apple Revokes Development Credentials for Facebook Apps
Jan 30, 2019
Apple Inc. said it was revoking key app development credentials for Facebook Inc., a move that could make it more difficult for the social network to develop and test future iPhone and iPad apps and run its mobile business.
Wordpress Barbed Wire From WordFence
Jan 23, 2019
Wordpress security can be strong, and WordFence provides the firewall to make it stronger.

DevOptics Enables Companies to Track Progress Toward DevOps Model
Jul 24, 2018
Building a successful DevOps model is part technology, part culture, and tools are needed to measure performance of both.

Open Source Licensing: Why the GPL's Heyday Is Over
Jul 23, 2018
With "open source" now the rule rather than the exception, open source licensing has taken a turn away from GNU GPL.

Twitter Beats Back Group-Bias Lawsuit by Female Engineer
Jul 04, 2018
Tuesday’s ruling signals that a movement to level the playing field for women in Silicon Valley has yet to gain traction in courts.