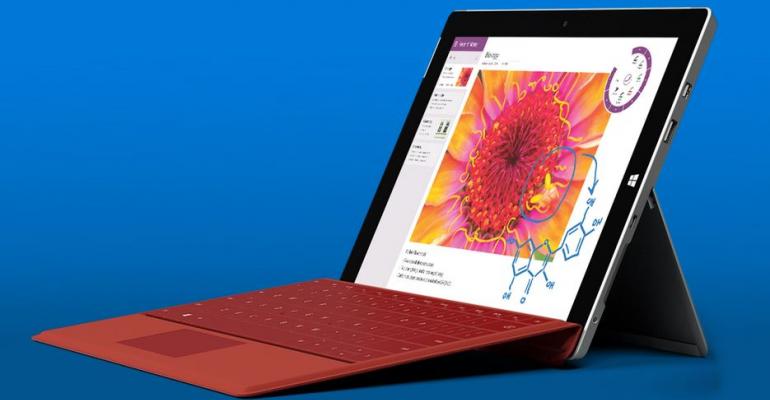 The PC Is Not Dead: PCs, Tablets and Profit Margins

While PCs have some serious problems, I get tired of hearing that the &ldquo;PC is dead.&rdquo; The PC is far from dead. Instead, what&rsquo;s really dead is any sort of decent profit margin for most PCs. Vendors have therefore shifted significant focus and attention to the phone and tablet margin--where margins are, frankly, fantastic.

While PCs have some serious problems, I get tired of hearing that the “PC is dead.” The PC is far from dead. Instead, what’s really dead is any sort of decent profit margin for most PCs. Vendors have therefore shifted significant focus and attention to the phone and tablet market--where margins are, frankly, fantastic.

Why the PC Has Serious Problems

PCs have three major problems. First, the PC market itself is a fiercely competitive commodity market--with gobs of vendors trying to capture consumer attention at ever-decreasing price points. This creates a tough environment for PC manufacturers, which means they frequently farm out support to the lowest bidder, causing significant frustration for users when they run into trouble.

Second, in a bid to shore up profits, PC manufacturers have increasingly stopped selling to customers and have, instead, started selling their customers to third parties that see a new PC as the perfect way to bundle software to a fresh set of eyeballs attached to a purse or wallet. Look no further than Lenovo’s recent debacle with Superfish as an illustrative example of how a company tried selling customers to a third party as a means of boosting its margins.

The third, and biggest, problem PCs face is that most consumers don’t actually need a full-blown PC. PCs are simply too complex and powerful for most end users. Most consumers just need something that will let them use email, manage photos and videos, play games, and look at cute and funny pictures of cats online. As such, it’s no surprise that consumers frequently find themselves overwhelmed with PCs, only to find that their vendors see support as an unrecoverable cost and, worse, have probably put them into a situation where malware and other "crapware" on their machines continues to plague and bother them. No wonder, then, that Macs (which are arguably PCs within a walled garden) continue to resonate so well with users--especially when the Genius Bar exists as an option for support.

Why the PC Isn't Dead

Yet, as much as the PC has serious problems, I still don’t believe it’s dead. Yes, sales have declined, but I think that’s partially because PCs--despite all of their flaws--have finally hit a point where they’re lasting longer and working better than ever. Twenty years ago, a new PC was a borderline luxury item, cost a significant amount, and pretty much felt like a tugboat within eight to 12 months of purchase. Today, most PCs are powerful enough to last three to five years in most cases--especially when end users aren’t using them for everything all the time and are supplementing computing needs on a tablet or other device.

And while it’s possible to argue that consumers are primarily content consumers these days, someone, somewhere, still needs to create that content--and doing so typically involves PCs, even if more and more of them are using Apple hardware. But for every hipster with a MacBook making cute pictures and videos of cats (and/or the sites to host them), there are a handful of established brick-and-mortar companies where PCs are used day in and day out--to the point where the idea of the PC being dead is just silly.

Microsoft and the Surface 3

Ironically, while PCs are mostly synonymous with Microsoft and Windows, it’s strange that Microsoft continues vying for consumer attention while simultaneously ignoring some of the biggest needs of consumers. Or, in other words, if you assume that typical consumers want devices for "light" computing tasks like email, Web browsing, and managing photos and videos, I can’t think of a more horrible photo and video editing platform than Windows. With virtually no support for photo or video editing and management on Windows 7 and above, consumers who wish to tackle basic tasks with photos and video are left to peruse a minefield of crapware and buggy solutions that create increased distaste and frustration with Windows--all, apparently, because Microsoft either can’t be bothered to write decent photo/video management software or to pay underlying royalties.

No wonder, then, that Microsoft has seen so much of its consumer market share lost to Apple--where photo/video editing is fantastic right out of the box. All that said, I do believe Microsoft is finally starting to get it when it comes to the Surface 3. At the very least, Microsoft is now starting to market these devices correctly--by showcasing them as tablet/laptop hybrids that enable productivity and ease of use. (There are really only two effective ways to market products: Either sell your customers on who or what they become when they buy your products--which Apple does fantastically--or show customers why your product is better than the competition's. Sadly, college students dancing to synchronized clicking did neither of these things, unless a huge segment of the market secretly harbors fantasies of being in dance troupes.)

And while the hardware and capabilities of these new devices are great, the only real problem I see with Surface 3 units is the price. Yes, these devices are more or less competitively priced against iPads and MacBooks. But, by the same token, these devices are priced right in or at the rough ranges of iPads and MacBooks. If Microsoft wants to try and regain market share, selling Surface units at or around what the market will bear seems like a pretty dumb way to catch up--especially when Apple has so forcefully captured the market’s attention and trust. In other words, it seems to me that Microsoft is much more worried about margins (and keeping those margins valuable longer term) than it is about gaining market share--or playing the games enjoyed (and then lost) by the likes of HP, Dell, etc., as they vied for the lowest price in the PC market.

(And, to be clear, if Microsoft would make an 8-inch Surface tablet, I’d be all over it-- pretty much regardless of price. It would run circles around an iPad mini, and I’m sure I’d love it more than I already adore my Dell Venue Pro 8.)

Of course, when we start talking about profit margins, there’s no better poster child than the 2015 MacBook Retina. Yes, I’m sure it’s light and has a gorgeous display. But, let’s be honest: It’s nothing more than a glorified netbook, with a dumbed-down mobile processor--or the kind of processor you’d expect in a netbook costing around $300 in the market today. Only, with Apple, netbooks apparently start at $1,299. (And, while we’ll eventually get to a Utopian world with all-wireless peripherals, this parody of the Apple Engineers forgetting to mill out the USB and other ports on the 2015 MacBook is beyond priceless. It’s also spot-on in calling this new device an over-priced netbook designed to make Apple’s shareholders more money.)

But consumers will likely buy the new Apple device in droves. And this proves that while the PC isn’t dead, profit margins have shifted to lighter-weight and less-powerful devices that are more suited toward consumers--and where profit margins are spectacularly better than they currently are with PCs. No wonder, then, that there’s so much attention and focus on these devices within the market.