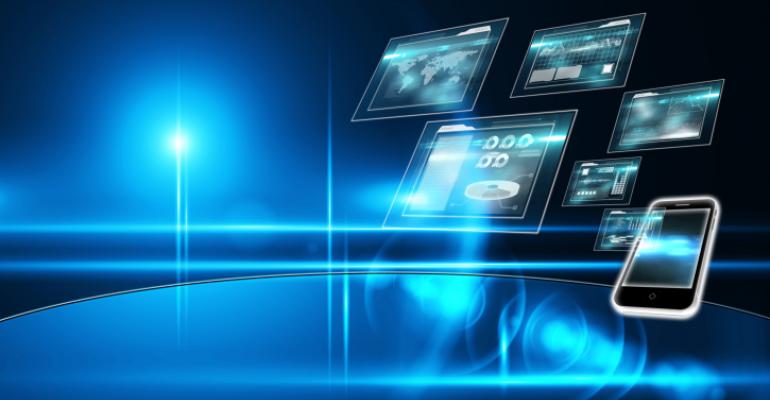 NFC and the Future of Computing

Near Field Communication, or NFC, seems poised to play a huge part in the future of computing. To that end, I think it’s interesting to see how some of the bigger trend-setters and visionaries in our industry envision this technology being used.

For me, interest in NFC probably started with the movie Avatar. I still vividly remember how blown away I was as I watched this movie with non-crappy 3D glasses on a large screen. Along the way, I remember being impressed by some of the more subtle special effects in the film in addition to the larger, more extravagant effects. Like the few times that characters in the film ‘flicked’ what they were working on from their workstations to their ‘tablets’ simply by moving the screens into proximity gesturing to ‘move’ data and applications from one device to another. Fast forward to today, and I think that the reality of NFC means that we’re closer than ever to make such a nerdy vision of the future a reality.

To get a sense of how close we are to such a future, you only need to take a look at how thought leaders and industry trend-setters are starting to leverage NFC. Personally, I think it’s also very telling to see how major players in our industry envision uses for NFC.

Microsoft and Adobe - Empowering Users
For example, take a look at this video outlining the future of Adobe creative applications on Microsoft devices. While it’s hard not to dismiss some of the things shown in this video as potential vapor-ware and mere fluff, the reality is that Adobe (as much as I dislike significant aspects of what they do as a company) have a decent track record of helping to drive major features and functionality for content creators. Consequently, I won’t be surprised to see most of the things they promise in this video become realized (over time). More importantly, though, one of the cool things about this video is that it clearly showcases devices interacting with each other using, presumably, NFC, to not only share content and data between devices, but to allow them to become synergistic tools that facilitate overall improvements in human-computer interactions.

A key component of what Adobe and Microsoft look like they’re poised to deliver, though, is increased power and control to end-users. Or, in other words, it looks as if Microsoft and Adobe are looking for ways to empower end users.

Apple - Enriching Shareholders with Proprietary Systems
On the other hand, Apple recently made NFC news by becoming a huge distributor and user of NFC technology with the release of the iPhone 6 and the Apple Watch. The problem, however, is that Apple’s vision and use of NFC is, for now, solely limited to a tightly controlled and highly proprietary system called Apple Pay – which allows hipsters with iPhones and Apple Watches to pay for lattes wherever they go using their Apple Devices. Granted, if Apple Pay catches on and gains market support, I’m sure it’ll end up helping the customers and consumers who use it. But there’s also no doubt that it’ll eventually become a 20,000 pound Gorilla – held on a leash solely by Apple and let lose to abuse and terrorize merchants and vendors once it gains sufficient momentum.

Google and Android - Extending NFC to the Masses Today
Meanwhile, as Adobe, Microsoft, and Apple are predominantly looking to the future, Google and Android have been delivering and extending NFC to the masses for quite a while now. To be fair, the Windows Phone OS has been providing NFC support for a while now too. But, with Android Phones (which actually have something called market share), it feels or seems like NFC is a much more prominent and much more heavily supported set of features and functionality that are already being readily exploited as a means to help empower users and consumers.

In my mind, NFC will eventually become huge. With devices and applications that are already heavily connected and networked, the use of NFC to generate relatively secured tokens to initiate more powerful connections, collaboration, and sharing between devices seems like it will become a feasible reality. Frameworks and APIs for using NFC exist today – but I’m guessing it’ll really take off and become more and more prevalent and in demand only as more and more thought leaders in our industry keep making it more and more accessible and viable. Hopefully that means that we’ll see more efforts like those from Google, Adobe, and Microsoft to make NFC a powerful tool for consumers – instead of seeing a more greedy and more proprietary use of NFC as is currently being pursued by Apple.