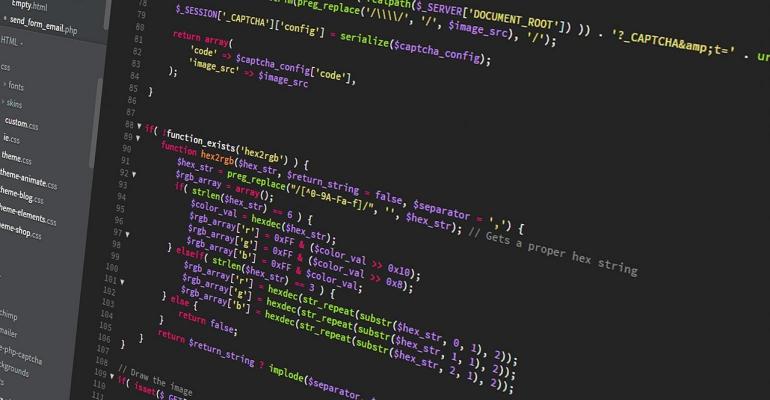 Project Reunion, the latest addition to Microsoft's development toolkit, gives developers more options for updating and modernizing their apps on Windows by bringing together Win32 and UWP APIs.

At Build 2020, a new member of the Microsoft development toolkit, Project Reunion, was unveiled. This new platform looks to bring together the Win32, UWP, WPF and Windows Forms APIs, breaking them out from specific versions of the Windows 10 operating system to expand what releases of the operating system and types of devices developers can target with their apps and software.

Previously, Microsoft’s APIs were tied to specific releases of Windows 10 and therefore limited a developer’s ability to target a broad range of users.

Project Reunion is in its early stages of development, but the one thing Microsoft has said for sure is that Project Reunion is not a new app model. Rather, Project Reunion provides a set of libraries and other content that can be added to a developer’s project and its specific app model (Win32, UWP, WPF and Windows Forms). The process of bringing all these development surfaces together, which will also include some new APIs in addition to existing ones, is called polyfilling.

Project Reunion filling in the gaps via the polyfill technique will be done automatically so that all these APIs work across all supported versions of Windows rather than one specific release.

Visually, this is what the process of incorporating Project Reunion APIs looks like: 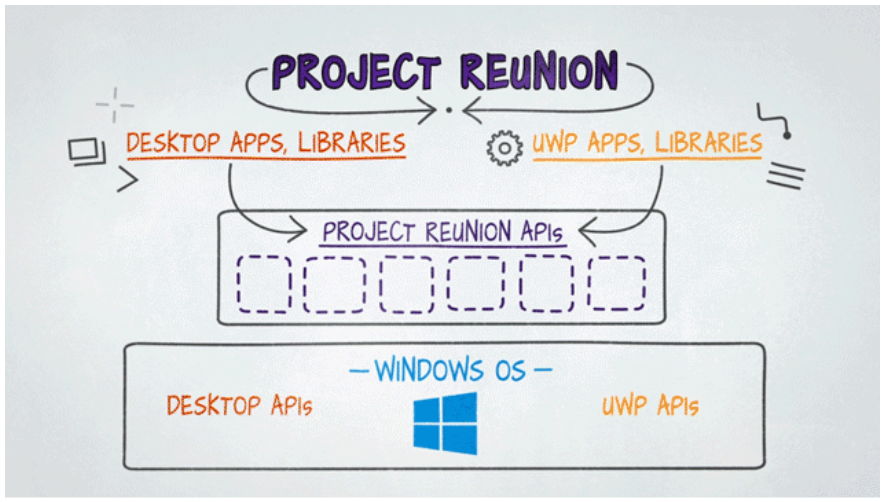 Those outlined APIs under the Microsoft Project Reunion header are intended to adapt and translate the various Windows App Library APIs, then incorporate that functionality into the Windows operating system and apps no matter if they require desktop or UWP APIs.

Microsoft has identified four key principles around their approach to Project Reunion as part of the Microsoft Development Kit:

The bottom line on Project Reunion: Developers can pick and choose what aspects of the project are incorporated into apps. Whatever elements are used, there should not be any need to rewrite existing code into a new language or do a lot of work to connect all the dots between functionality and features.

Microsoft has a long history of introducing new technologies to its development toolkit over the years with varying levels of support in the long term. It would be understandable to see some hesitation at the thought of yet another API translator for desktop and UWP apps. However, if this toolset reaches its potential and retains consistent support from Microsoft, the line between Win32 and UWP apps could become a moot point for both the developer and the end user.