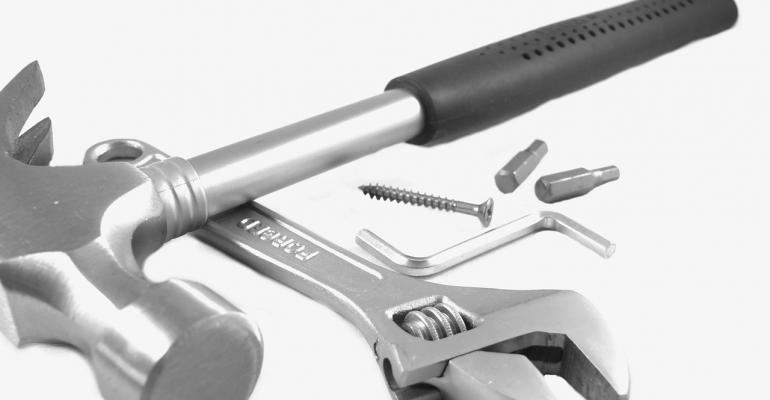 Microsoft builds concepts and ideas into features and functionality

Today there were two great examples of how Microsoft takes ideas and encourages company employees to build them into reality.

The first example relates to the Microsoft Band updates that were released this past Monday.

Although there were several additions made including the release of an API for developers and a cycling exercise tile it was the new integrated reply options that were built up by Microsoft researchers.

Working in conjunction with the Microsoft Band team they developed a virtual keyboard which fit on an 11 x 33 millimeter screen and utilized the same technologies seen on Windows Phone 8.1’s typing keyboard including text prediction.

“When Microsoft researchers introduced a keyboard this fast and accurate, we definitely were surprised,” says Jason Grieves, the Microsoft Band program manager lead for productivity. “But once we started designing, building, user testing, and iterating, we started to see that what we thought was impossible was real. “It reminds me of the story of Green Eggs and Ham by Dr. Seuss,” he adds. “You don’t think you’ll like it until you try it, and once you do, you can’t believe you lived without it.”

In addition to the keyboard, they also included what they call an intelligent auto-reply by using machine learning. Using this to analyze the text messages you receive and seeing that it includes a question they can offer an appropriate reply option based on that specific question.

Of course the canned replies are always available as is the new Voice Replies which allows you to dictate a response.

This cooperation comes thanks to an environment at Microsoft that encourages this type of cross team effort:

“The partnership between Microsoft Research and Microsoft Band has been one of the best examples of a new culture at Microsoft,” says Grieves. “Both teams understand how important productivity is to Microsoft Band, and when two very different and passionate teams share a similar objective, great things will come.”

Another great example shared today about cooking ideas into reality are new apps released by the Microsoft Garage.

Founded in 2009, the Garage acts as a hub for grassroots innovation at the company, connecting people and dissolving traditional boundaries of geographies, organizations and disciplines. This spirit has helped grow the Garage into a community of more than 10,000 Microsoft employees and interns in 36 Garage chapters around the world.

You may have already heard of some past efforts from the Garage including the popular Mouse without Borders which allows to control up to four PC’s with a single mouse/keyboard and Picturesque Lock Screen which places Bing home page pictures, weather news and calendars on Android lock screens.

Joining these and other apps already available for download from the Garage are DevSpace that lets you check up on a Visual Studio Online project from your phone and Join Conference that helps you organize the time consuming process of joining conference calls.

Two other app offerings in today’s collection are Keyboard for Excel to optimize your phones keyboard for working on Excel spreadsheets and SquadWatch to help you keep track of your family and friends in real time and avoid the where are you and can you talk text messages and phone calls.

There is no guarantee that any of these apps from the Garage will make it beyond small scale use and testing however, you never know when the next indispensable service or app might originate out of a think tank like the Garage.

These two areas are great examples where Microsoft is encouraging their employees to find ways to make everyday tasks easier for customers.