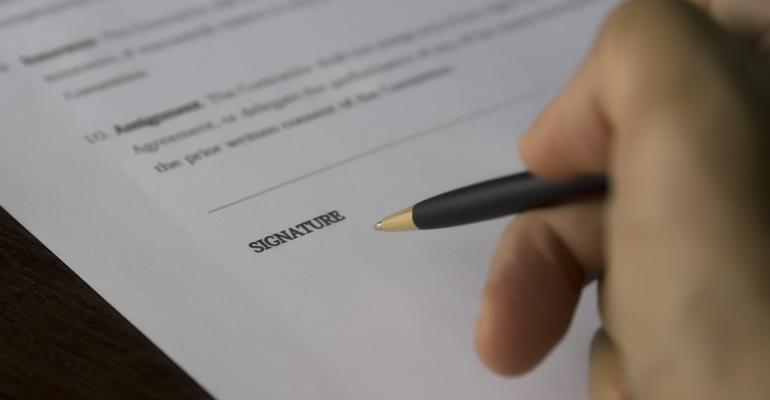 The European Commission has cleared the Microsoft acquisition of GitHub, a significant hurdle as the commission approves the purchase and states they have no concerns about competition from other areas of that market after their merger. ALSO: Google working to teach about biases in ML data sets and a new way for OEMs to get firmware updates to their hardware devices.

Friedman told GitHub employees earlier this year that GitHub will continue to operate independently as a community, platform, and business plus retain their current product approach to keep nurturing and caring for all aspects of developer experience on the service.

Business for GitHub has continued as usual since the Microsoft acquisition was announced earlier in the year and the company just recently wrapped up their GitHub Universe event in San Francisco just before the Eu's approval was announced. However, waiting for that news did not keep GitHub from announcing several new services and capabilities on the service.

In addition to those new enhancements, GitHub Learning Lab has been expanded to provide even more opportunities to learn more about using Github with subjects covering workflows, reviewing pull requests, and using GitHub apps.

It seems that even as this Microsoft acquisition closes in the next couple of months, GitHub is going to continue to work towards being a trusted open source software repository. Expect to hear more about this when Microsoft announces their fiscal year 2019 first-quarter earnings next week.

Google wants to help everyone learn more about machine learning with a new course that focuses on fairness in the growing technology. This new addition to the Machine Learning Crash Course from Google was developed by Google's engineering education and machine learning fairness teams and focuses on the impact of human biases on ML data sets. The overall goal of the training will enable students to better understand how ML training models can be disrupted with unintended consequences on our part.

As Microsoft continues to put the data deletion issue in the Windows 10 October 2018 Update behind them this week with further testing before its re-release, they are continuing development of the Windows 10 19H1 feature update which is expected in the March/April time frame next year. Among a handful of new enhancements in this latest build, they have made it possible to uninstall ten more inbox apps from the operating system. That means these apps, plus the seven that can be uninstalled from the October 2018 Update, gives IT Pros the ability to manage which of these apps are installed as they update/migrate to Windows 10.

Speaking of the October 2018 Update, the Microsoft Edge team has recently detailed all of the improvements that are part of Microsoft's web browser for this sixth feature update. The big additions for the October 2018 Update is the ability to control media playback on a browser-wide or site-specific basis. There has also been a menu refresh to better organize things for quicker access plus updates to the browsers reading mode and learning tools.

Google announced their plans to comply with the EU's market-competition decision on Android this past week and it is going to make choices more challenging across Europe for consumers and business users alike. The future for Android in Europe will include the ability for mobile device makers to make their own non-compatible or forked smartphones for sale in European countries, device manufacturers licensing Google's mobile application suite separately from the Google Search app and Chrome browser under a paid agreement instead of the previously free distribution of Android, plus separate licenses to use the Google Search app and Chrome. They will continue to allow competing apps to be pre-installed on Android devices using Google's Search app and Chrome as they have in the past. These changes go into effect at the end of October 2018.

Microsoft shared news about Component Firmware Updates (CFU) that will enable OEMs to deliver firmware updates for their hardware via Windows Update instead of separate third-party apps or manual searching and installation from OEM websites. Microsoft provides a clear explanation of the differences in these various delivery methods and the benefits of using CFU to make sure client devices have the latest updates for safe and secure operation.