IT's Biggest Stories of the Year
brought to you by 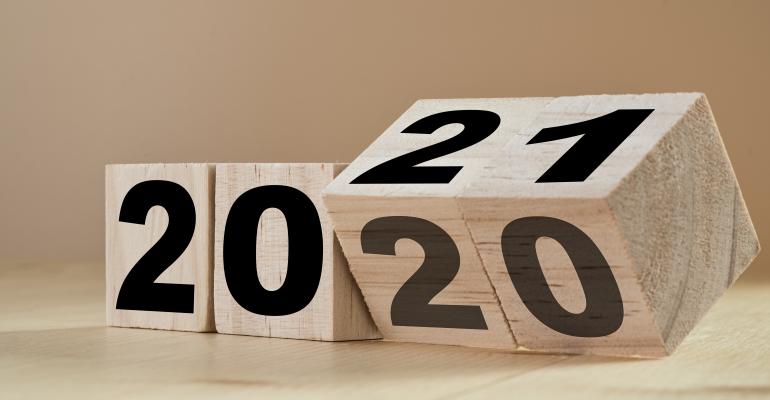 Looking Back: Key DevOps Trends and Stories in 2020

What happened in the world of DevOps in 2020, and what will it mean for DevOps in 2021? DevOps trends are a bit tricky to define, due in no small part to the fact that defining DevOps itself is a challenge.

But if you take DevOps to mean the ecosystem of tools, companies and ideas surrounding modern software delivery and management, several interesting trends emerged during the course of 2020. Here’s a rundown of the most significant developments and DevOps trends in 2020.

Perhaps the biggest DevOps storyline in 2020 was about the consolidation of the DevOps market, thanks to the acquisition of several DevOps startups by large enterprises.

SUSE’s decision to buy Rancher, one of the first big Kubernetes vendors, was one prominent example. IBM’s announcement late in the year of intent to acquire Instana, an application performance management company, was another. So was VMware’s move to buy SaltStack, an infrastructure management and automation platform.

Beyond acquisitions, 2020 also witnessed IPOs by some DevOps companies that were once small startups, including JFrog and Sumo Logic. Naysayers may see these moves as acts of desperation by vendors who had reached the end of the road with VC funding. But the more positive interpretation is that these IPOs demonstrate the clear value and long-term stability of companies that started out catering to small niches within the DevOps ecosystem.

Of course, DevOps market consolidation is not an entirely new story. The events described above are a continuation of market trends that begin in previous years, highlighted by deals like IBM’s Red Hat acquisition in 2018. What changed in 2020, however, was that these sorts of acquisitions grew in volume.

There remain plenty of DevOps startups out there looking for a buyer. I suspect we’ll see more legacy enterprise software companies (in the vein of organizations like VMware and SUSE) making similar acquisitions throughout 2021.

AIOps, a relatively new domain that focuses on applying AI to solve IT operations problems, wasn’t invented in 2020. But it perhaps transitioned from being mostly hype to being somewhat real over the course of the year as vendors rolled out tools that actually make use of AIOps in a practical way. Broadcom’s AIOps platform debut was the most significant example.

I’m not yet entirely convinced that AIOps will turn out to be more than just a fad--or, at best, a nebulous concept that means a variety of different things to different vendors. If AIOps turns into something widespread and concrete, however, 2020 will be the year when its crystallization took place.

The Tense Relationship Between Cloud and DevOps

It was always possible to embrace the principles of DevOps without using the public cloud. However, because the public cloud offers unparalleled agility and scalability, cloud and DevOps often go hand-in-hand.

That, at least, was the traditional story. The relationship between public cloud and DevOps seemed to become a bit more complicated in 2020, for two main reasons.

The first was the evolution of new types of hybrid cloud frameworks, like Azure Stack and Google Anthos, which make it easier to build scalable application environments without using a public cloud alone.

The second was a growing awareness that the public cloud is not always the most reliable or cost-efficient way to run workloads. That realization has been reflected in growing rates of cloud repatriation, and was fed by problems like the infamous AWS outage of November 2020.

It’s a safe bet that many DevOps strategies will continue to involve public clouds for the foreseeable future. But they are likely to be less dependent on the public cloud alone.

A final major DevOps trend in 2020 was the toning-down of hype surrounding Kubernetes.

This trend was reflected in any particular events or developments, but rather the absence of them. Although Kubernetes itself certainly continued to evolve over the course of 2020, and a variety of vendors continued to embrace it with new integrations and support, the past year didn’t witness the level of intoxicated excitement about Kubernetes that was a feature of earlier times.

On the contrary, I sense a growing awareness of the limitations of Kubernetes. More developers and organizations are realizing that Kubernetes is great for large-scale application deployments where the benefits of Kubernetes outweigh the difficulty of learning and managing Kubernetes, but not so great for simpler scenarios where you can get the job done with simpler orchestration tools--or, for that matter, by foregoing containers completely in favor of tried-and-true virtual machines.

Kubernetes is not going away, but I suspect the DevOps world’s love for Kubernetes will be tempered in the year to come.

Now that 2020 is behind us, the DevOps ecosystem is smaller (thanks to acquisitions), and less obsessed with the public cloud and Kubernetes than it was when the year began. Yet it does continue to innovate, as the stabilization of new types of tools, like AIOps, makes clear. 2021 is likely to continue these trends, just as 2020 continued DevOps patterns that emerged in earlier years.