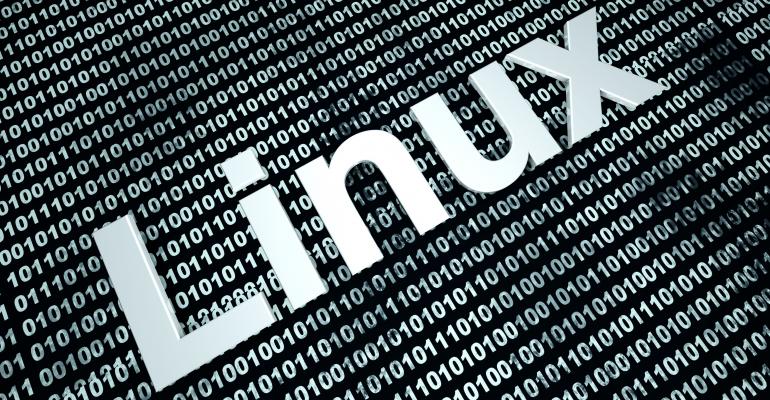 In the 30 years since Linus Torvalds announced the creation of the Linux kernel, Linux has evolved from an obscure undergraduate’s personal hobby to an operating system powering millions of mission-critical servers, PCs and (if you view Android as a form of Linux) mobile phones.

Many of the myths surrounding Linux have also changed. Few people today would believe old claims about Linux--such as the idea that Linux consistently underperforms Windows, or that Linux is not as important to the open source ecosystem as projects like Apache and PHP.

And, yet, despite three decades of steady evolution within the world of Linux, other longstanding myths about Linux persist. Here’s a roundup of five of the most poorly understood aspects of Linux. As we’ll see, some of these myths are perpetuated by critics of Linux and open source, but others originate from attempts to cast Linux in a positive light.

Let’s start out with a Linux myth that you may hear from staunch proponents of open source: The idea that Linux is inherently more secure than Windows (or, for that matter, macOS).

This claim may have held some water 20 years ago, when other operating systems lacked the security architecture and rigid access controls that help isolate resources within a Linux system. But Windows, in particular, has made major strides on the security front since the start of the new millennium. It no longer feels fair to deem Linux fundamentally more secure.

Myth 2: Linux is only for servers.

The idea that Linux is really only a viable OS on servers would seem to be borne out by the fact that the long-predicted “Year of the Linux Desktop”--meaning the moment in which Linux would suddenly achieve massive market share on desktops--never materialized. Today, no more than about 3% of desktops run on Linux (and possibly fewer, depending on which statistics about Linux market share you choose to take seriously).

Yet, what the “Linux only works for servers” myth misses is the fact that Linux is now also deployed on a variety of devices that are not servers. From coffee makers to cars to a variety of other IoT devices, Linux is an established OS far beyond the realm of servers.

So, while you would sound pretty crazy today if you claimed that desktop Linux is still headed toward mainstream use (and I write these words on a Linux-based laptop, mind you), you’d be narrow-minded to claim that Linux is viable on servers alone.

Myth 3: The Linux ecosystem is too fragmented.

One of the first things you discover when you start using Linux is that Linux is not just one operating system. It’s a whole universe of different kernel versions, different distributions and different configurations.

This diversity has led even Linus Torvalds--the creator of Linux--to warn that the Linux world is too fragmented.

I would tend to agree that, for most of Linux’s history, the ecosystem has indeed been highly fragmented. But I’d argue that the differences between distributions and configurations matter very little today in most cases.

There are two reasons. One is that, on the server side of the Linux universe, many deployment strategies have shifted toward containers. When you deploy an app in a container, the specific Linux distribution that hosts it doesn’t matter much at all.

Meanwhile, for desktop Linux, the shift during the past 10 years to SaaS-based everything means that users have the same basic experience regardless of which distro they’re using. When you spend most of your time in browser-based apps, differences in package managers, desktop environments and the like don’t matter very much.

Myth 4: Linux is only for power users.

The idea that Linux is only a viable OS for “power users”--meaning folks who are comfortable learning things the hard way, working with difficult interfaces, and so on--is a longstanding Linux myth.

It’s also one that is difficult to defend today. I can speak only anecdotally here, but I tend to think that Linux offers a simpler, smoother experience for ordinary users than Windows. A large part of the reason why is that most Linux-based OSes don’t come preloaded with tons of cruft that get in the way of actually getting work done and require power-user level skills to remove.

Let me add that my wife--who I think I can safely label as a non-power-user when it comes to anything computer-related--has been happily doing all of her computing on Ubuntu for the better part of the past decade. She ran into trouble once when the package manager broke and she could no longer install software. Apart from that, however, Linux has been smooth sailing for her.

Finally, let’s dispel a claim that was once very true but is now easily debunked: the idea that Microsoft hates Linux.

It’s no secret that Microsoft had a negative view of Linux for the first couple of decades of Linux’s history. The company’s former head once called Linux a “cancer,” and Redmond spent loads of money trying to discredit Linux.

But if you’ve followed the Linux ecosystem at all over the past decade, you know that times have changed. Microsoft has not only declared its love for Linux, but it has also taken real steps--and put real money on the table--to back the operating system and the Linux ecosystem more generally.

Now, you could view these moves as a grand conspiracy aimed at pulling off the ultimate FUD. Maybe Microsoft built WSL, made Azure Linux-friendly and bought GitHub just to trick the open source community into letting its guard down so Redmond’s minions could sweep in and finish the anti-Linux campaign they abandoned years ago. But unless you also believe Bill Gates is secretly microchipping us, it’s kind of hard to take that viewpoint.

Nonetheless, you’ll still find some folks out there who worry that Microsoft doesn’t have good intentions toward Linux and open source. It’s a myth that won’t fully go away.

Some of the Linux myths that once hampered the operating system's adoption disappeared long ago. But 30 years after Torvalds announced his kernel to the world, it’s clear that other Linux myths die hard.