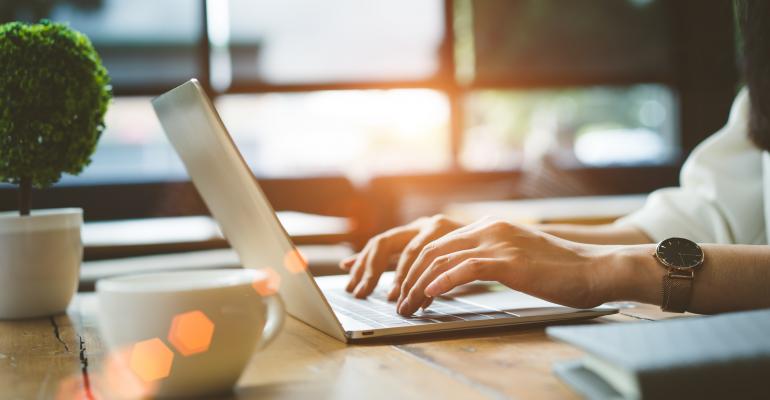 GitHub Alternatives: The Benefits and Drawbacks of 4 GitHub Rivals

There are several GitHub alternatives that provide all of the core functionality of GitHub, but may be better development choices.

You can barely mention Git without mentioning GitHub. For many developers, GitHub is the go-to solution for managing coding projects. But the fact is that, despite GitHub's massive market share and mindshare, GitHub is only one of several platforms that provide a Web-based interface for using Git. Why might you choose from among the GitHub alternatives that are available? Let's take a look at some of the GitHub competitors out there, and compare their strengths and weaknesses relative to GitHub.

First, though, let's define what GitHub is, and why it has become so popular.

At its core, GitHub is a Web interface for working with Git. Git itself is an open source tool for managing source code. Git is free for anyone to download and use--you need not use GitHub or any GitHub-like platform for working with Git--but because Git has no native Web interface, many developers have turned to GitHub as a more convenient way to interact with code that is managed through the Git tool.

By most counts, GitHub is currently the most widely used Web interface for Git. That's probably due in part to the fact that GitHub, which originated in 2008, was the first major platform of its type to be introduced. (GitHub the company was created in 2007, but the product didn't launch until the following year.) Most other Web-based Git tools are newer, and so GitHub has enjoyed the advantage of being first to market.

The world has changed since 2008. Today, developers have a wide selection of other Web-based tools to choose from if they want to interact with code managed via Git. And after Microsoft acquired GitHub in 2018, interest in alternatives to GitHub has grown.

The official Git wiki lists nearly three dozen Web interfaces for Git. However, not all of these tools are still in active development, and many of them are designed to support only specific types of use cases (such as gathering statistics about code stored by Git, or mapping the structure of a Git system). Thus, not all of these solutions can be truly said to be GitHub alternatives.

With that said, there are many GitHub alternatives available. Many are feature-rich, general purpose Web interface tools that provide all of the core functionality of GitHub, and may prove to be viable alternatives for developers seeking to migrate away from GitHub:

Probably the first GitHub alternative that would come to most developers' minds is GitLab. Launched in 2013, GitLab is broadly similar to GitHub: Both provide various additional features on top of Git itself, such as the ability to track "issues" as a way of managing bugs or feature enhancement requests, as well as built-in wiki tools to help document information.

GitLab also differs in the way it presents itself. It is currently marketed as a "complete DevOps platform" designed to enable a full CI/CD toolchain. Some developers might see that as a stretch, as it is hard to envision building a feature-rich CI/CD delivery chain using GitLab alone. However, GitLab does offer native features like Runners and GitLab CI, which make it possible to implement at least the core essentials of an automated CI/CD release pipeline.

Similar CI/CD tooling can be built into a GitHub deployment, but for the most part it would require using third-party tools from the GitHub marketplace, rather than native GitHub tools.

GitLab may prove an attractive alternative to GitHub for developers who prefer to use a system that is mostly open source and that provides native CI/CD functionality.

Bitbucket, which is owned by Atlassian, is another major commercial alternative to GitHub. Like GitLab, it is billed as a complete CI/CD solution. Unlike GitLab (and like GitHub), however, the Bitbucket platform is not open source.

Probably the biggest selling-point for Bitbucket as compared to GitHub or GitLab is Bitbucket's tight integration with other project management tools from Atlassian, like Jira and Trello. Bitbucket also provides a marketplace that offers various third-party integrations and add-ons, but, unsurprisingly, it is designed to work most seamlessly with other Atlassian tools.

If your development team is already heavily invested in the Atlassian ecosystem, Bitbucket may be a good GitHub alternative. Otherwise, its features are more or less comparable to those of GitHub and GitLab.

GitHub, GitLab and Bitbucket offer an array of sophisticated features. For some developers, that's great. But for others, it can be overkill.

If you fall into the latter camp and are looking for a simpler alternative to GitHub, GitKraken may be your solution. GitKraken offers a downloadable GUI interface for Git that runs on all major desktop operating systems. It also provides a complementary tool issue-tracking tool called Glo Boards.

Since GitKraken's Git interface runs on a local desktop instead of over the Web, it's fundamentally different than tools like GitHub, GitLab and Bitbucket. But if you're looking for a simple graphical interface for interacting with code managed by Git, GitKraken may come in handy.

It's worth noting, too, that GitKraken can integrate with GitHub, GitLab and Bitbucket in order to manage code that is stored in one of these systems. So, if you want the scalability of a Web-based Git platform but don't like the native interface that comes with it, GitKraken allows you to use an alternative interface while still storing your code in GitHub or a similar platform.

GitKraken also works with local Git repositories that are hosted on developers' own machines.

Microsoft Visual Studio Code, or VSCode for short, is a code editor. As such, it's not a direct competitor to GitHub. But because it provides built-in Git management features and integration with GitHub, it can be used in place of the GitHub interface in some cases.

If you're looking for a code-development tool that also integrates seamlessy with Git, VSCode is a good solution.

VSCode is also itself an open source product, which may be a selling-point for some developers. On the other hand, it's notable that the tool integrates only with GitHub and not other Git platforms. Given that both VSCode and GitHub are owned by Microsoft, this isn't surprising. But it might possibly raise some concerns about ecosystem lock-in.

Developers who prefer to use Git as the core of their source code management workflow, but don't want to rely on GitHub, have plenty of options. GitHub may still dominate the market, but depending on your specific needs and use cases, a competing platform may be a better fit.