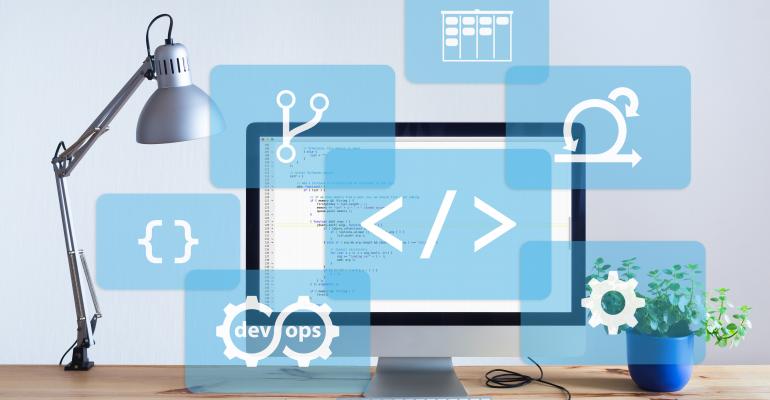 It is important to understand how to define DevOps terms to demonstrate DevOps proficiency.

Buzzwords: They’re easy to hate, but they’re also all around us. And if you work in a field like DevOps, you have to get to know the domain-specific buzzwords and the concepts behind them. Even if you cringe a little every time someone utters “continuous improvement” or “digital transformation,” it is important to understand how to define DevOps terms to demonstrate DevOps proficiency.

After all, even DevOps itself is a buzzword that folks struggle to define. But it’s also a term you’d be expected to know intimately in most developer or IT job interviews today.

If you’re wondering whether you’re up on all of your DevOps buzzwords, keep reading. Although this article doesn’t comprehensively define DevOps terms, it defines the most buzzworthy DevOps buzzwords of 2021, which themselves reflect important DevOps trends that developers, IT engineers and even DevOps engineers (whoever they are) should know.

Once upon a time, you sounded smart if you used terms like application performance management and monitoring when talking about IT operations. Now, the cool kids are all about observability.

Monitoring remains a thing; indeed, some folks argue that observability complements but does not replace monitoring. So, you won’t sound silly or outdated if you talk about monitoring. But be sure to display your mastery of observability, too.

Zero trust is a relatively new buzzword that describes an age-old best practice for security and DevSecOps teams: Not trusting anything by default.

When you embrace zero trust, you allow new applications, hosts, services and other resources to connect to your environment only after you’ve explicitly vetted them and determined them to be legitimate and secure.

If you were a good security admin, you always took that approach. But it’s easy to do the lazy thing and blacklist entities only after you’ve determined them not to be secure. Zero trust is a helpful DevOps buzzword for reminding DevSecOps teams not to be lazy in this regard.

A closely related buzzword is least privilege. Least privilege means giving every user or other resource in your systems only the minimal level of access necessary to perform his, her or its job. Least privilege requires granular control over permissions and rigorous updating of access policies when user roles change.

Here again, least privilege is a new buzzword that describes something that you have hopefully been doing for years. But if (like me, in my weaker moments) you’ve succumbed to the temptations of chmod 7777 because you’re tired and you just want your stuff to work, you can show that you’ve learned your lesson by talking about least privilege.

Once upon a time, code was what you used to write software. Now, it’s what you’re supposed to use to govern every aspect of your workflows and environments.

Instead of just securing things, you embrace security as code. Instead of setting up servers, you use infrastructure-as-code tools. Instead of merely testing your software, you perform tests as code. You can even main as code, whatever that means.

The next time you need to sound intelligent, be sure to remind your colleagues that they shouldn’t just do X, they should do X as code.

I tend to think that AIOps--which is short for AI for IT operations--will turn out to be one of the most annoying, but also most significant, DevOps buzzwords of 2021.

It’s annoying because every monitoring--excuse me, observability--tool vendor under the sun is in a race to slap the AIOps label on their products, often without actually updating those products in any way.

But it’s significant because AIOps does offer real promise for taking the tedium out of IT operations. By using AI to scan environments and interpret problems, which is what AIOps is all about, engineers can work faster and smarter than they did when they had to analyze stuff manually.

Admittedly, none of the DevOps buzzwords that made the list above are brand-new to 2021. But I think they’re about to hit the peak of their buzzworthiness, which makes now a great time to incorporate them into your everyday DevOps jargon.