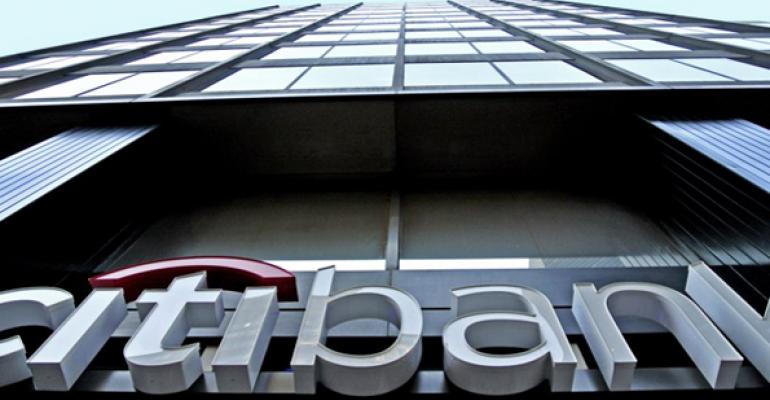 The bank accidentally sent $900 million to customers as a result of a rocky rollout of new software for managing loan payments. An internal review at the bank found humans manually operating the old software were ultimately at fault.

(Bloomberg) -- For years Citigroup Inc. has been an anomaly among big banks, relying on an obscure piece of software it helped develop to manage loan payments. Just as the bank tried to replace it, things went terribly wrong.

The saga began emerging in court this week as the firm blamed human errors for mistakenly sending $900 million to a fleet of hedge funds reluctant to return it. But the backdrop, according to people with knowledge of what happened, is a tale of arcane technology stretching back to the 1990s. It culminates with the bank’s decision last year to replace software with the industry standard. That rollout is still under way, adding to upheaval at a time when employees are working from home.

An internal review at the bank found humans manually operating the old software were ultimately at fault, and that their remote locations weren’t the problem, one person said, asking not to be named discussing confidential matters. Yet a global pandemic is, at the least, an awkward time to embark on such a complex transition.

“If you want to switch from one provider to another, it’s a very big project,” said Marc Victory, manager in the financial-services practice at the consultancy Sia Partners. “Changes in providers are very cumbersome and very hard.”

The incident happened at a Citigroup unit that serves as the administrative agent for loans, collecting and distributing interest payments and providing other housekeeping services. The borrower in this case, cosmetics giant Revlon Inc., was locked in a battle with lenders who wanted their money back.

After Revlon repurchased part of the debt, a Citigroup employee was supposed to manually adjust the share of the loan the remaining lenders still owned ahead of interest payments scheduled to be sent out this month. But the employee didn’t select the correct system options -- instead allowing the loan to be repaid in full with interest. Colleagues who are supposed to catch such errors didn’t.

“Unfortunately, the manual checks of that selection also failed to detect the mistake,” Citigroup wrote in its court filing.

Though the bank soon recovered hundreds of millions of dollars from recipients, a group that received most of the money has refused to send it back, forcing the firm to launch an embarrassing legal battle.

Behind the scenes, regulators have encouraged the bank in recent years to invest in improving its loan operations, according to people familiar with the matter. The firm has long used Oracle Corp.’s Flexcube technology for loans. But after a review, the bank decided to switch to Finastra Group Holdings Ltd.’s Loan IQ, which has been embraced by most other big banks.

Citigroup’s use of Flexcube tech traces to the early 1990s, when the bank spun out a business called Citicorp Information Technology Industries Ltd. The firm initially invested $400,000 in the fledgling business, which would be led by the bank’s then-head of overseas software, Rajesh Hukku.

“Basically, what they said was: ‘We like you guys. We respect that you can do something great,’” Hukku said in a 2007 interview with the University of Pennsylvania’s Wharton School. “‘So we will put our money into it. But we can’t put in management mind-share because it is not our core business to sell software.’”

The young venture, which would later change its name to I-Flex Solutions, debuted Flexcube in 1997 and ultimately inked a deal with Citigroup to replace the lender’s legacy banking system. In 2005, Oracle purchased Citigroup’s 41% stake in I-Flex solutions for $593 million and went on to increase its stake until it finally changed its name to Oracle Financial Services Ltd. in 2008.

Citigroup promoted Stuart Riley to lead the firm’s operations and technology teams inside its institutional clients group in January 2019, and he began a broad review of the unit’s underlying systems, deciding to migrate its syndicated-loan technology to Loan IQ. Finastra promises the technology can help banks reduce time spent processing loans by as much as 30%.

“We take pride in the role that we play as a global leader in financial services and recognize that an operational error of this nature is unacceptable,” Citigroup said in a statement. “We have put significant, additional controls in place until the new system is operational.”

The bank has “a sharp emphasis on our risk management,” Corbat said on a call last month. “We continue to make investments in our infrastructure to enhance our safety, soundness and controls to ensure we have an indisputably strong and stable institution.”

Citigroup has been briefing regulators including the Office of the Comptroller of the Currency and the Federal Reserve about what happened this month, Bloomberg News previously reported. The unit’s planned migration to another software platform might help assuage concerns that the accidental payments signal deeper problems that still need to be addressed.

“The error is a reminder that the transition they’re going through is absolutely necessary,” said Paul Spiteri, chief executive officer of The Lending Practice, which advises banks on their commercial lending technology and operations. “Loan IQ is built to avoid problems like this.”