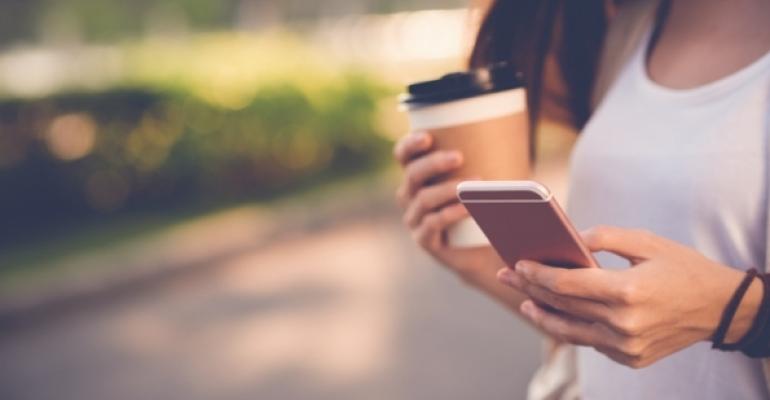 Already available as a stand-alone Caret app, the API will let developers add Caret automated intelligence to a wide range of mobile apps.

Mobile app developers can now integrate user status notifications into their apps using a Caret API from Wallrust, allowing users to see on their mobile device screens whether their contacts are busy, sleeping, at the gym or traveling before sending a text or making a call.

The availability of the Caret API for developers was unveiled recently by Wallrust, less than a month after the company announced its second version of its stand-alone Caret app in early August.

The Caret API and the smartphone app take advantage of multiple sensors and geolocation capabilities in today's smartphones, which along with automated bots enable devices to provide real-time status reports on the availability of a user's contacts. The status of the contact can be provided through a brief message in the user's contact list or via a text message. Caret, which includes end-to-end encryption of texts for extra security, can also automatically schedule texts, a meeting or a call when a fellow Caret contact becomes available. The user's contacts can control the information that's available about them to others via multiple layers of privacy controls in Caret.

The Caret API allows mobile app developers to add Caret status sharing features to devices and other applications, such as restaurant apps which could report that a reservation-holder is within 10 minutes of arriving for dinner, according to the company. Other uses could include the availability of others for meetings or inclusion in food delivery apps to report when an order will arrive. Internet of things (IoT) uses are also envisioned, such as integrating devices like thermostats, lights and garage door openers to control their operations using Caret technology on a smartphone so they can be operated automatically at set distances from a user's home.

Caret is also seen as an enterprise tool for business users to better communicate with each other and provide real-time status information to make it easier to hold and schedule business meetings, attend events and stay in touch as needed, Marton Anka, the CEO and founder of Wallrust, told ITPro.

"We're now making this available for developers to incorporate into their products so they can give locations and availability of users to other users," he said. App policies can be set to only allow status reports to be provided for other users during normal business hours so as not to encroach on user privacy.

In close-knit communities, such as businesses, it will be easier to get other users to jump on the Caret bandwagon and get immediate benefits, said Anka. Users and contacts must have the Caret app on their mobile devices for the status reporting to work, which is also why enterprises are being targeted for company-wide deployments.

The consumer Caret app is free through the Apple Store and Google Play store, but Wallrust is hoping to monetize an enterprise B2B version, he said.

So far, Caret has tens of thousands of users worldwide and is continuing to grow, said Anka.

Caret includes four pre-set privacy levels for users, which can be customized to control access to details that others see. The privacy settings let users choose who in their contact lists can see their real-time status in any given situation.

Anka formerly was a co-founder and the CTO at LogMeIn.

The free development API for Caret's automated status sharing technology is available for use with up to 100 users. Preview pricing for up to 1,000 users is $199 per month. Hosted versions and larger user plans are also being planned, according to the company.